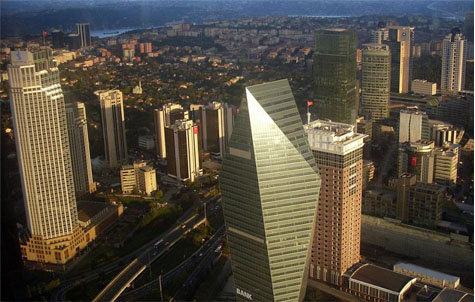 CEP is calling on Turkey to arrest, expel, or otherwise cut off support to the following individuals affiliated with the Muslim Brotherhood, the Taliban, and the Haqqani Network: 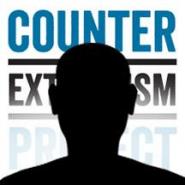 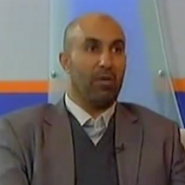 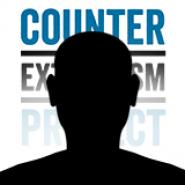 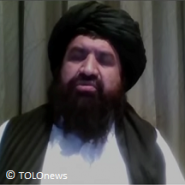 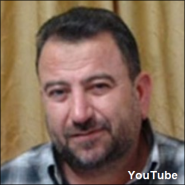 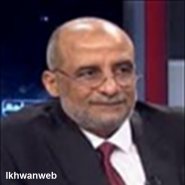 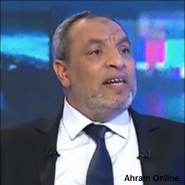 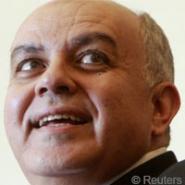 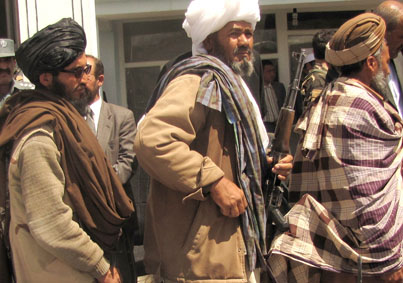 Taliban:
Prior to the Taliban’s August 2021 takeover of Afghanistan, the Turkish government sought to position itself as a broker between the Taliban and the Afghan government. In 2012, the Turkish government agreed to host a Taliban office before the group decided to locate in Qatar in 2013. * “Turkey to Allow Taliban Office in Ankara,” TOLOnews, December 12, 2012, https://www.tolonews.com/afghanistan/turkey-allow-taliban-office-ankara; “Q&A: Afghan Taliban open Doha office,” BBC News, June 20, 2013, http://www.bbc.com/news/world-asia-22957827. x Beginning in late 2017, Taliban delegations began meeting in Turkey for unofficial negotiations with the Afghan government. In January 2018, Taliban spokesman Zabihullah Mujahid denied that the Taliban members meeting in Turkey represent the group. However, the leader of the Taliban delegation in Turkey, Mawlawi Abdul Rauf, said that his group represents all Taliban factions except “individuals who are not willing to opt for intra-Afghan peace talks and who want to talk through Americans.” * Chad Garland and Zubair Babakarkhail, “Q&A: Afghan Taliban open Doha office,” Stars and Stripes, January 14, 2018, https://www.stripes.com/sports/four-party-talks-with-taliban-in-turkey-could-pave-the-way-to-afghanistan-peace-deal-1.506737; “Turkey Delegation ‘Represents All Taliban Factions,’” Tolo News, January 14, 2018, http://www.tolonews.com/afghanistan/turkey-delegation-%E2%80%98represents-all-taliban-factions%E2%80%99. x After the Taliban seized control of Afghanistan in August 2021, Turkey maintained its embassy in Afghanistan and reaffirmed its relations with Afghanistan’s new Taliban government. Turkey called on other government to establish ties with the Taliban government while making overtures to increasing diplomatic and economic cooperation with the Taliban. * “Turkish ambassador in Kabul meets Taliban’s acting deputy premier,” Hurriyet Daily News (Istanbul), September 30, 2021, https://www.hurriyetdailynews.com/turkish-ambassador-in-kabul-meets-talibans-acting-deputy-premier-168252; “Taliban want to help Afghans who fled to Turkey to return home, Turkish minister says,” Reuters, October 14, 2021, https://www.reuters.com/world/asia-pacific/afghan-foreign-minister-hold-talks-turkey-2021-10-14/. x While Turkey has called on the international community to engage with the Taliban government, Turkish officials have also clarified that recognition and engagement are separate issues. In October 2021, Turkish Foreign Minister Mevlut Cavusoglu stated the international community’s goal should be preventing the collapse of the Afghan economy. * Agence France-Presse, “Turkey says ready to help but not recognise Taliban,” New Indian Express (Chennai), October 14, 2021, https://www.newindianexpress.com/world/2021/oct/14/turkey-says-ready-to-help-but-not-recognise-taliban-2371688.html. x As of November 2022, Turkey has invested hundreds of millions of dollars in a hydroelectric dam in Helmand province. * Ezel Sahinkaya, “Turkey's Engagement With Afghanistan Has Grown Since Taliban Takeover,” Voice of America, August 12, 2022, https://www.voanews.com/a/turkey-s-engagement-with-afghanistan-has-grown-since-taliban-takeover-/6699437.html.x 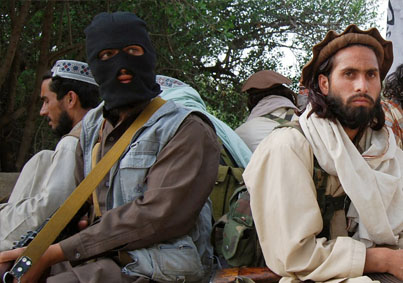 The U.S. government charges that Haqqani member Gula Khan Hamidi has coordinated the movement of jihadist foreign fighters into and through Turkey since at least 2013 and as recently as March 2017. According to the U.S. government, Hamidi has smuggled individuals from Afghanistan to Syria, and from Turkey into and around Europe. In October 2014, Hamidi’s network coordinated the travel of al-Qaeda and Pakistani Taliban members into Turkey. * “Treasury Sanctions Taliban and Haqqani Network Financiers and Facilitators,” U.S. Department of the Treasury, January 25, 2018, https://home.treasury.gov/news/press-releases/sm0265. x Mawlawi Abdul Rauf, leader of the Taliban’s delegation in Turkey, said that his group represents all Taliban factions, including the Haqqani Network. * Chad Garland and Zubair Babakarkhail, “Q&A: Afghan Taliban open Doha office,” Stars and Stripes, January 14, 2018, https://www.stripes.com/sports/four-party-talks-with-taliban-in-turkey-could-pave-the-way-to-afghanistan-peace-deal-1.506737; “Turkey Delegation ‘Represents All Taliban Factions,’” Tolo News, January 14, 2018, http://www.tolonews.com/afghanistan/turkey-delegation-%E2%80%98represents-all-taliban-factions%E2%80%99. x 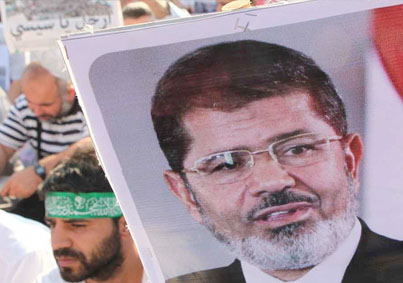 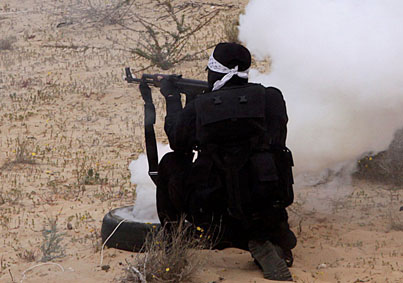 Hamas:
Hamas established a bureau in Istanbul in 2012. Turkish authorities have reportedly permitted Hamas military training exercises in the country. Hamas operatives working in Turkey actively recruit Palestinians living in Turkey, Jordan, Syria, and other Arab countries, and bring them to Turkey for training. Many of the weapons used by Hamas in the West Bank were also reportedly supplied by the group’s Istanbul bureau. * Shlomi Eldar, “Turkey’s Hamas ‘bureau,’” Al-Monitor, December 1, 2014, https://www.al-monitor.com/pulse/originals/2014/12/saleh-al-arouri-khaled-meshaal-hamas-leadership-turkey-gaza.html; Pinar Tremblay, “Is Turkey Hamas’ new headquarters?” Al-Monitor, August 25, 2014, https://www.al-monitor.com/pulse/originals/2014/08/turkey-palestine-israel-gaza-hamas-meshal-kidnapping.html; Alex Fishman, “Forced from Damascus, Hamas establishing itself in Turkey,” Ynetnews, February 25, 2015, https://www.ynetnews.com/articles/0,7340,L-4630331,00.html; Burak Bekdil, “Hamas in Turkey: “Humanitarian Activity,”” Gatestone Institute, March 6, 2015, https://www.gatestoneinstitute.org/5324/hamas-turkey. x Hamas has continued to host events in Turkey as recently as 2017. * Avi Issacharoff, “Despite détente with Israel, Turkey to host Hamas confab,” Times of Israel, February 23, 2017, http://www.timesofisrael.com/despite-detente-with-israel-turkey-to-host-major-hamas-confab/. x In November 2021, Israeli security forces broke up a West Bank Hamas cell allegedly receiving direction from Hamas leaders Saleh al-Arouri and Zacharia Najib in Turkey. Israeli Foreign Minister Yair Lapid subsequently called on the Turkish government to close Hamas’s offices in the country. * Judah Ari Gross, “Shin Bet: Forces thwart major Hamas terror plans, nab more than 50 cell members,” Times of Israel, November 22, 2021, https://www.timesofisrael.com/shin-bet-forces-thwart-major-hamas-terror-plans-nab-dozens-of-members/; “After Jerusalem killing and 50 terror arrests, Lapid urges Turkey to shut down Hamas,” Times of Israel, November 23, 2021, https://www.timesofisrael.com/after-jerusalem-killing-and-50-terror-arrests-lapid-urges-turkey-to-shut-down-hamas/.x A senior Turkish official told Al-Monitor in December 2021 that ending Hamas’s operations in Turkey “is not even an option open for negotiation for us.” * Pinar Tremblay, “Turkey not yet ready to give up on Muslim Brotherhood,” Al-Monitor, December 12, 2021, https://www.al-monitor.com/originals/2021/12/turkey-not-yet-ready-give-muslim-brotherhood.x Israeli officials have continued to stress that any normalization between the countries must include limiting Hamas’s activities in Turkey. * Barak Ravid, “Israeli president plans to accept invitation to visit Erdoğan,” Axios, January 26, 2022, https://www.axios.com/israeli-president-herzog-invitation-turkey-erdogan-237c4572-cb03-4b73-8d3f-dc3a4f6cffe1.html; “Turkey sending senior officials to Israel ahead of Herzog visit,” Reuters, February 15, 2022, https://www.reuters.com/world/middle-east/turkey-sending-senior-officials-israel-ahead-herzog-visit-2022-02-15/.x Hamas’s Investment Office holds assets estimated to be worth more than $500 million invested in companies operating in Turkey and elsewhere in the Middle East.*“Treasury Targets Covert Hamas Investment Network and Finance Official,” U.S. Department of the Treasury, May 24, 2022, https://home.treasury.gov/news/press-releases/jy0798.x In November 2022, Turkey declined a request by Israel to deport Hamas members as Minister of the Interior Mevlut Cavusoglu told a Turkish news outlet that Turkey does “not see Hamas as a terrorist organization.” Given that Turkey does not classify Hamas as a terrorist organization, scholars note that there would be no legal framework to deport its members. * Kristina Jovanovski, “Turkey refuses Israel's request to deport Hamas terrorists,” The Jerusalem Post, November 13, 2022, https://www.jpost.com/middle-east/article-722299.x 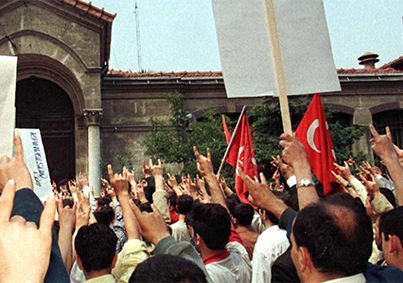 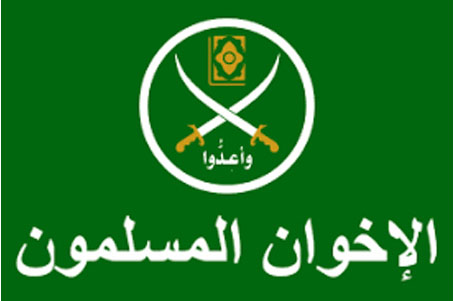 Though Turkey has no official Muslim Brotherhood chapter, some members of the governing Justice and Development Party have provided various forms of support to the Brotherhood. 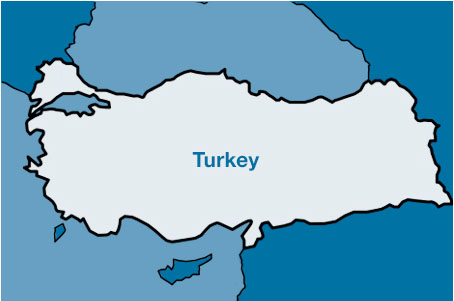 In recent years, Islamist terror groups including ISIS have consolidated on Turkey’s borders with Syria and Iraq. Large numbers of foreign fighters have also crossed through Turkey, hoping to join these groups. Following decades of attempted Kurdish secession, Ankara has nervously witnessed the formation of a Kurdish statelet in northern Syria.

Sign to stand with us and demand Turkey expels these extremist leaders.

In a bid to better its international standing, Hamas unveiled its new political platform May 1 in Qatar. Despite what are being marketed as ideological compromises, the new document is depressingly similar to its old political platform. What it...

The AKP may lose even if Erdogan wins

Turkish voters will decide on April 16 whether their country’s parliamentary system, where the prime minister is chosen by elected lawmakers, should be replaced by a presidential model with a strong executive. Should the constitutional referendum...

Turkish Caliphate on the Rise

Coups are never a good thing, especially in countries that purport to be democracies like Turkey. Yet, the July 15 coup attempt would have been that country’s sixth since Kemal Ataturk enforced secularism in the 1920s after the demise of the Ottoman...

In December, the United Kingdom published long-awaited findings from its internal review of the Muslim Brotherhood’s ideology and activities. Prime Minister David Cameron had commissioned this review in early 2014 to better understand the origins and...

Turkish Voters Say No to Erdogan

“Turkey narrowly averted a disaster,” stated the Kurdish People’s Democratic Party (HDP) leader, Selahattin Demirtas after Turkish voters pushed his party past the 10 percent electoral threshold necessary to qualify for seats in the parliament. The...

The Muslim Brotherhood’s Mohamed Morsi rose and fell from power within the space of one year. Elected president of Egypt in June 2012, Morsi was removed from office by the country’s military leaders in July 2013. During this time and in response to...

No Turkish Delight for U.S.

Turkey’s relationship with violent extremist group ISIS might generously be described as “permissive” - less generously, “complicit.” Not only has Turkey adopted a relaxed stance toward ISIS, some claim it has actively aided and abetted the terror...