Turkey maintains open relations with internationally sanctioned extremist groups and harbors internationally sanctioned and wanted extremists affiliated with the Taliban, the Muslim Brotherhood, and Hamas. Taliban officials maintain a presence in Turkey, while several Brotherhood leaders sought refuge there after the collapse of the Brotherhood government in Egypt. Hamas has operated a bureau in Istanbul since 2012.

Turkey has not devoted the appropriate resources to monitoring the financial workings of its non-profit sector, according to the U.S. Department of State. In particular, the NGO Turkish Humanitarian Relief Foundation faces international accusations of aiding Syrian rebel forces, al-Qaeda, and Hamas.

Turkish financial institutions, with support of Turkish officials, have aided in skirting U.S. sanctions against Iran.

The Taliban is an Afghanistan- and Pakistan-based jihadist insurgent group that has carried out numerous deadly terrorist attacks in the region, including the shooting of Malala Yousafzai in Pakistan’s Swat Valley in October 2012, the December 2015 assault on Kandahar Air Field which left 50 dead, and the December 2014 massacre at the army-run school in Peshawar that killed 148 people, 132 of whom were schoolchildren. Taliban insurgents and ISIS militants in eastern Afghanistan have cooperated against the Afghan government since mid-2016. The Haqqani network is a militant branch of the Afghan Taliban operating in Afghanistan and Pakistan, though it operates independently. Since the 2001 overthrow of the Taliban regime in Afghanistan, the Haqqani network has been a lethal and sophisticated arm of the Afghan insurgency against the Western-backed government in Kabul.

The Muslim Brotherhood—founded in Egypt in 1928—is a transnational Islamist organization with branches worldwide. In the 1950s, Brotherhood theologian Sayyid Qutb legitimized the use of violent jihad—and the killing of secular Muslims—in order to implement sharia. Analysts argue that the Brotherhood’s ideology has spawned groups such as al-Qaeda and ISIS.

The ruling terror party of the Gaza Strip, Hamas openly seeks the destruction of Israel. The group uses suicide bombings, rocket and mortar attacks, shootings, and kidnappings in pursuit of its stated objectives. 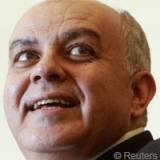 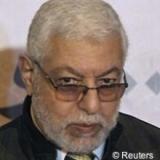 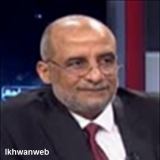 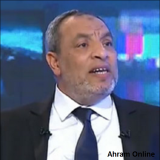 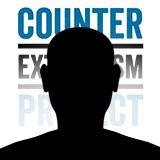 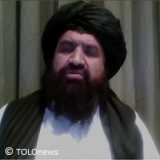 Abdul Rauf
Purported Leader of the Taliban Delegation in Turkey 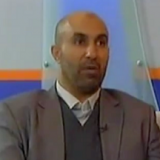 Turkiye Halk Bankasi A.S., a.k.a. Halkbank, is a Turkish state-owned bank whose majority shareholder is the government of Turkey. In October 2019, the United States charged the bank with fraud, money laundering, and sanctions offenses related to the bank’s participation in a multibillion-dollar scheme to evade U.S. sanctions on Iran. According to then-Assistant Attorney General for National Security John C. Demers, Halkbank “allegedly conspired to undermine the United States Iran sanctions regime by illegally giving Iran access to billions of dollars’ worth of funds, all while deceiving U.S. regulators about the scheme.” * “Turkish Bank Charged in Manhattan Federal Court for Its Participation in a Multibillion-Dollar Iranian Sanctions Evasion Scheme,” U.S. Department of Justice, October 15, 2019, https://www.justice.gov/opa/pr/turkish-bank-charged-manhattan-federal-court-its-participation-multibillion-dollar-iranian. x Defendant-turned-government-witness Reza Zarrab testified that he paid over $50 million in bribes to Turkey’s finance minister as part of the scheme. * Larry Neumeister, “US court upholds Turkish banker’s conviction in Iran case,” Associated Press, July 20, 2020, https://apnews.com/article/d99a19d3086aa4732cdb441ccf9e985e. x Halkbank has pled not guilty to the charges. In October 2020, a U.S. federal judge dismissed a Halkbank claim that the Foreign Sovereign Immunities Act protected it against prosecution. * Jonathan Stempel, “Turkey’s Halkbank must face U.S. indictment over Iran sanctions violations, judge rules,” Reuters, October 1, 2020, https://www.reuters.com/article/us-usa-turkey-halkbank/turkeys-halkbank-must-face-u-s-indictment-over-iran-sanctions-violations-judge-rules-idUSKBN26M7O9. x In February 2021, a group of 876 victims of Iran-sponsored terrorism filed a civil lawsuit in U.S. court against Halkbank, alleging the bank helped Iran avoid the financial consequences of its support for terrorism. A Manhattan federal court dismissed the case, arguing it could be settled in a Turkish court. * “U.S. court dismisses case against Turkey's Halkbank by victims of Iran-linked attacks,” Reuters, February 17, 2021, https://www.reuters.com/article/us-turkey-us-halkbank-idUSKBN2AH0FG. x

Definition of Terrorism: Following the March 13, 2016, bombing in central Ankara, President Recep Tayyip Erdoğan demanded that the definition of “terrorist” be expanded to include those who support terrorism. According to Erdoğan, such individuals might include activists, lawmakers, or journalists. * “Ankara bombing: Erdogan seeks to widen terrorism definition,” BBC News, March 14, 2016, http://www.bbc.com/news/world-europe-35807987. x He said: “Their titles as an MP, an academic, an author, a journalist do not change the fact that they are actually terrorists. An act of terror is successful because of these supporters, these accomplices.” * “Definition of ‘terrorists’ should be broadened to include ‘accomplices,’ says Erdoğan,” Hurriyet Daily News, March 15, 2016, http://www.hurriyetdailynews.com/definition-of-terrorists-should-be-broadened-to-include-accomplices-says-erdogan-96461 . x

Countering Violent Extremism: Turkey has several government programs to counter extremism. One is an outreach program administered by the Turkish National Police (TNP) that seeks to prevent radicalization through early contact with at-risk communities. This program aims to reach vulnerable populations before they are exposed to extremist propaganda and messages. The government’s Directorate of Religious Affairs, the Diyanet, oversees 85,000 mosques in the country while promoting a more moderate version of Islam and weakening radical Islamist messaging. The Diyanet tries to accomplish this aim by reinterpreting religious texts and teaching religious education under a more modern framework, and by staffing mosques with Diyanet officials. * “Country Report on Terrorism 2014 – Turkey,” U.S. Embassy & Consulate in Turkey, June 1, 2015, https://tr.usembassy.gov/country-report-terrorism-2014-turkey/. x

In order to better combat terrorism and terrorist financing, Turkey will need to fully enforce its own counterterrorism policies and increase the resources devoted to monitoring and countering terrorism financing, in particular within the non-profit sector.

Specifically, the United States must incentivize Ankara to:

On June 13, 2016, convicted terrorist Larossi Abballa stabbed to death two married police officers in their home in Magnanville, France, in an attack claimed by ISIS. Abballa livestreamed the murder on Facebook and held the couple’s three-year-old son hostage before police stormed the home.

The Taliban warned Saturday that it’d be “unacceptable” and a “mistake” for any foreign military presence to guard… https://t.co/FLC8TD9hYW

In a sign that armed men are ramping up attacks in Nigeria’s northwest region, assailants attacked Kadawa village a… https://t.co/8Wdo61gOno

After a much publicized trial, neo-Nazi student Andrew Dymock was found guilty on Friday of terrorism and hate offe… https://t.co/1TuqXvgpOk

ISIS claimed responsibility for bombing two minivans in a predominately Shiite neighborhood in Kabul on Saturday. A… https://t.co/FrlwhAdpOP