For years, al-Qaeda has urged attacks against police officers in the West, describing them as relatively easy targets from a tactical standpoint. “US, UK and French police force [sic] cannot withstand a bang of a grenade, let alone a full car bomb blast,” wrote the author, dubbed “AQ Chef,” in Inspire’s spring 2014 issue. (Source: Inspire, p. 71)

In the next issue of Inspire, one article praised a November 2014 attack carried out by a self-radicalized convert to Islam. The convert, Zale H. Thompson, had assaulted five police officers with an ax in Queens, New York. “The operation was splendid,” wrote AQ Chef. “It had great symbolic importance: We will fight you even with hatchets and knives.” (Sources: CNN, Inspire, p. 21)

ISIS, too, has highlighted the symbolic value of targeting police, claiming responsibility for the April 20, 2017, murder of a French police officer in Paris. ISIS had previously called police officers “the protectors of the crusaders,” while claiming responsibility for the murder of a Saudi policeman in April 2016. The group has also called for attacks against U.S. police officers in kill lists released in March and June of 2016. (Sources: Fox News, New York Times, CNN, Vocativ)

Both al-Qaeda’s and ISIS’s calls to target police officers appear to be working. In June 2016, the Combating Terrorism Center at West Point calculated that the 47 jihadist-inspired attacks that occurred in the West between 2012 and 2016 contained a higher percentage of attacks targeting police officers than the 26 incidents of jihadist-inspired violence in the West from 2001 to 2011. (Sources: Combating Terrorism Center)

In April 2015, the FBI arrested two young American women with sympathies for both ISIS and al-Qaeda. New York-based extremists Noelle Velentzas and Asia Siddiqui had reportedly sought to build a weapon of mass destruction, and were allegedly planning to attack policemen and a heavily-populated funeral for a fallen police officer. Two months later, in early June 2015, Massachusetts-based extremist Usaamah Abdullah Rahim expressed to his cousin his desire to kill police officers, whom he referred to as “those boys in blue.” Hours later, Rahim was shot and killed by Massachusetts police while approaching the officers with a large hunting knife. Rahim had been in contact with now-deceased ISIS operative Junaid Hussain, who had ordered Rahim to kill anti-Islam activist Pamela Geller during the July 4th weekend. Rahim, however, chose to target police officers in early June so that he could “meet Allah [sooner],” as he told his co-conspirator. (Sources: NY Daily News, U.S. Department of Justice, pp. 4-5) 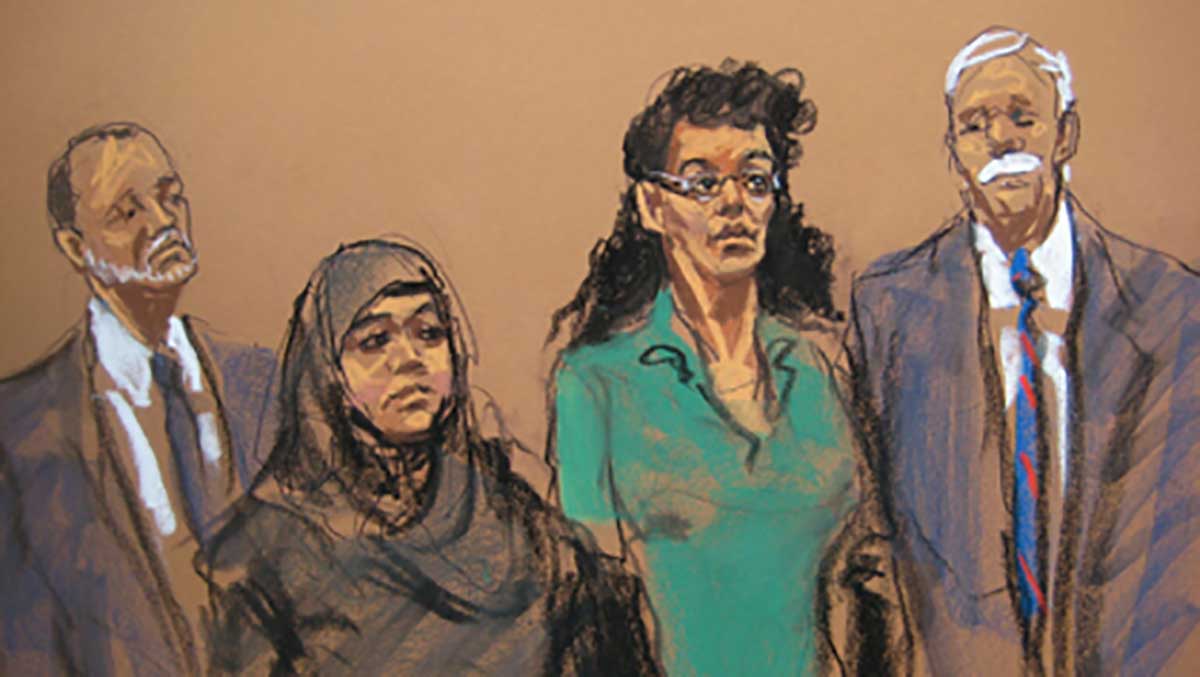 The ISIS-inspired attack on Massachusetts police was not without precedent. In September 2014, Australian teenager Numan Haider stabbed two Australian law enforcement personnel as they interviewed him about his suspected affiliation with ISIS. Haider had previously posted photos and comments on Facebook in support of the terror group, and had written that he was sending a “message” to the Australian Federal Police and Australian Security Intelligence Organisation because they were “declaring war on Islam and Muslims.” In June 2016, ISIS claimed responsibility for the stabbing of a French police captain and his wife in a town northwest of Paris. In a matter-of-fact statement, the terror group reported that an “Islamic state fighter [had killed the] deputy chief of the police station…and his wife with blade weapons.” (Sources: Age, New York Times)