Since the late 1960s, terrorists have hijacked commercial airliners in pursuit of their political and ideological objectives. The tactic was popularized by Palestinian terror groups—including the Popular Front for the Liberation of Palestine (PFLP) and the Abu Nidal Organization—who used airplane hijackings in order to publicize Palestinian grievances and gain worldwide coverage for their cause. They also sought to secure the release of Palestinian prisoners held by Israel and Western governments. (Sources: Haaretz, The Palestine Liberation Organization, p. 137, Britannica, RAND, BBC News)

In 1968, in the first-ever terrorist hijacking, the then-relatively-unknown PFLP targeted an Israeli El Al airliner en route from Rome to Tel Aviv and diverted it to Algeria. The terrorists took 12 hostages and released them after 40 days in exchange for 16 Arab prisoners. The “success” of the operation—measured in prolonged media coverage and a prisoner release—inspired Palestinian terrorists to carry out more than a dozen hostage operations over the next four years. (Sources: Council on Foreign Relations, BBC News, New York Times, International Encyclopedia of Terrorism, p. 233, RAND)

The tactic of airplane hijackings was emulated by Islamist terror groups in the following decades. In 1985, for example, Hezbollah insurgents hijacked a flight from Cairo to San Diego, demanding the release of hundreds of Shiite prisoners from Israeli custody. In December 1994, the Armed Islamic Group (GIA)—an Islamist insurgent group from Algeria—seized an airplane from Algiers and flew it to Marseille, demanding that it be filled with 27 tons of fuel before continuing onto Paris. Authorities later determined that the group had either planned to explode the plane over Paris or fly it into the Eiffel Tower. (Sources: TIME, Haaretz, Council on Foreign Relations, New York Times, APH, Time)

Terrorists choose to attack airports and airplanes because they seek to “cause as much havoc as possible to as many people [as possible] by the cheapest of means,” according to Diego Gambetta, Professor of Sociology at the University of Oxford. According to Gambetta, “crashing a plane fits this double aim very well.” Security analyst Brian Michael Jenkins has said that attacks on airliners give terrorists “the symbolic value they seek” by creating local alarm, and “guarantee[ing] the attention of the international news media.” (Sources: Guardian, CNN)

Jenkins’s explanation has proved true. In October 2015, ISIS drew round-the-clock media attention when it downed a Russian passenger plane over the Sinai Peninsula. “[The passengers] were all killed, thanks be to God,” the militants wrote in a statement claiming responsibility. On March 22, 2016, three ISIS suicide bombers targeted Brussels’ Zaventem airport—as well as the city’s metro—killing 32 people and wounding 270. When claiming responsibility for the bombings, ISIS’s Amaq news agency wrote that its so-called “soldiers” had targeted “specially selected locations” in “crusader Belgium,” but gave no further clues as to the justification of the target types. In June 2016, three suicide bombers—reportedly dispatched by ISIS—killed 45 people and wounded more than 230 at Istanbul’s Ataturk Airport. (Sources: Reuters, Heavy, Agence France-Presse, Telegraph, New York Times, Heavy, NBC, CNN)

Since the 9/11 attacks in 2001, al-Qaeda has carried out numerous airplane hijacking attempts in the West. Just three months after 9/11, British-born al-Qaeda operative and would-be suicide bomber Richard Reid failed to detonate a bomb hidden in his shoe while on American Airlines Flight 63 from Paris to Miami. On Christmas Day in 2009, Nigerian national Umar Farouk Abdulmutallab—dispatched by al-Qaeda in the Arabian Peninsula (AQAP)—attempted to set off explosives in his underwear on Northwest Airlines Flight 253 from Amsterdam to Detroit, Michigan. In 2014, in its English-language magazine Inspire, al-Qaeda described Northwest Airlines Flight 253 as an “indirect economic target,” and claimed that the economic consequences of the attack, despite its failure, were “enormous due to extra security measures” implemented by the West. Indeed, al-Qaeda’s 9/11 attacks were the first and only major terror attack in which airplanes were successfully weaponized. (Sources: Telegraph, U.S. Department of Justice, BBC News, Inspire, p. 64)

On the morning of September 11, 2001, al-Qaeda operatives took control of four commercial airliners and flew them into the World Trade Center and Pentagon, killing nearly 3,000 civilians. Al-Qaeda viewed the World Trade Center—a symbolic landmark and seat of economic power—as a direct economic target. The World Trade Center “contained hundreds of companies and capitalists... the gross loss which the government confesses is about two trillion dollars. So the main goal of the operation was economy hemorrhage,” al-Qaeda wrote in Inspire in 2014. The Pentagon was also a direct military target for the terror group. (Sources: LA Times, Al Jazeera, Inspire, p. 62-64, Inspire, p. 45) 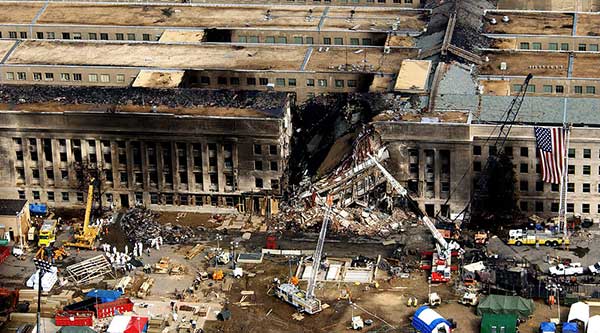 The southwest corner of the Pentagon after al-Qaeda operatives fly American Airlines Flight 77 into the building
(Source:AP) 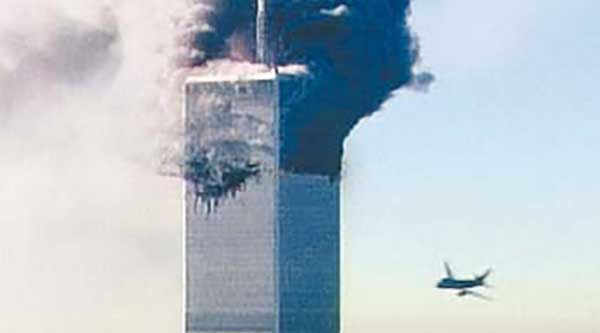 Al-Qaeda has used religious ideology to justify its weaponization of airplanes, according to Professors Quintan Wiktorowicz and John Kaltner at Rhodes College. Various al-Qaeda clerics have reportedly referenced a story in which the Islamic prophet Muhammad permitted Islamic soldiers to use a catapult to siege the village of Taif, even though he knew the attack would kill civilians. Al-Qaeda “likens the catapult…to the planes used in the September 11 attacks,” according to Wiktorowicz and Kaltner. (Source: Middle East Policy, p. 89)

Current al-Qaeda Emir Ayman al-Zawahiri also referenced the use of catapults in his book Exoneration, written in 2008, in which he sought to legitimatize the use of weapons that fail to distinguish between civilians and military personnel. In supporting his argument for what he referred to as “general destruction,” Zawahiri wrote:

“It is known that a catapult cannot differentiate among those whom it hits. It might hit those so-called innocent people. Yet the Muslim custom in their wars was to use catapults.”

Al-Qaeda remains committed to targeting civilian aircraft as evidenced by its winter 2014 issue of Inspire, in which the group stated its four primary goals for carrying out such an attack. First, al-Qaeda seeks to cause economic “hemorrhage,” or drainage, of the target county. By attacking a civilian airplane, al-Qaeda argues, the country will respond by increasing security measures, and its citizens will likely refrain from taking air transportation—all resulting in economic loss. Second, al-Qaeda seeks to expose “the government’s weakness by defeating it in the ‘Intelligence War’”—by proving that it can outsmart the target country and successfully hijack its airliner. Third, the terror group seeks to create “an atmosphere of fear and terror,” which, finally, will lead to “tension between the government and its people.” This tension, according to al-Qaeda, will give the “indication that the War against the Mujahideen [holy warriors] is hopeless.” (Inspire, p. 64)