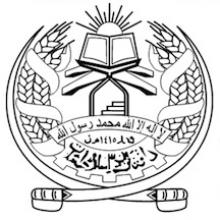 In a propaganda video:
“The brave and Mujahid of Afghanistan rejects disbelief, apostasy, democracy, and slavery! Last half century proves that this land was and will be the land of Islam and Jihad.”Bill Roggio, “Taliban fighters promise to ‘play with the skulls’ of dead American soldiers,” Long War Journal, September 28, 2017, https://www.longwarjournal.org/archives/2017/09/taliban-fighters-promise-to-play-with-the-skulls-of-dead-american-soldiers.php. 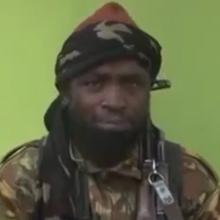 “This ostentatious person, a liar -- I mean Buhari, who raised arms to crush us in three months. You Buhari, why didn't you say in three years? We will certainly fight you by the grace of Allah until we establish Allah's law everywhere on Earth.”Agence France-Presse, “Boko Haram leader Shekau says he is ‘still in charge’,” Yahoo News, August 16, 2015, http://news.yahoo.com/boko-harams-shekau-says-still-alive-still-charge-163016566.html.

“This election will not be held even if we are dead. Even if we are not alive Allah will never allow you to do it.”“Boko Haram leader vows to disrupt Nigeria elections,” France24, February 18, 2015, http://www.france24.com/en/20150218-boko-haram-shekau-video-nigeria-elections. 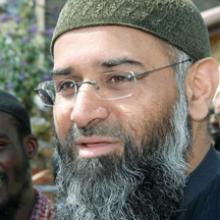 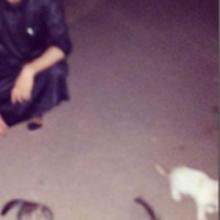 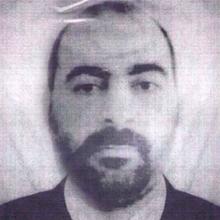 “So let the world know that we are living today in a new era. Whoever was heedless must now be alert. Whoever was sleeping must now awaken. Whoever was shocked and amazed must comprehend. The Muslims today have a loud, thundering statement, and possess heavy boots. They have a statement that will cause the world to hear and understand the meaning of terrorism, and boots that will trample the idol of nationalism, destroy the idol of democracy and uncover its deviant nature.”Aaron Y. Zelin, ““al-Furqān Media presents a new audio message from the Islamic State’s Abū Bakr al-Ḥussaynī al-Qurayshī al-Baghdādī: ‘Message To the Mujāhidīn and the Islamic Ummah In the Month Of Ramaḍān,’ Jihadology, last modified July 1, 2014, http://jihadology.net/2014/07/01/al-furqan-media-presents-a-new-audio-message-from-the-islamic-states-abu-bakr-al-%E1%B8%A5ussayni-al-qurayshi-al-baghdadi-message-to-the-mujahidin-and-the-islamic-ummah-in-the-month-of-rama.

“Indeed the Muslims were defeated after the fall of their khilāfah (caliphate). Then their state ceased to exist, so the disbelievers were able to weaken and humiliate the Muslims, dominate them in every region, plunder their wealth and resources, and rob them of their rights. They accomplished this by attacking and occupying their lands, placing their treacherous agents in power to rule the Muslims with an iron fist, and spreading dazzling and deceptive slogans such as: civilization, peace, co-existence, freedom, democracy, secularism, [B]aathism, nationalism, and patriotism, among other false slogans.”Aaron Y. Zelin, ““al-Furqān Media presents a new audio message from the Islamic State’s Abū Bakr al-Ḥussaynī al-Qurayshī al-Baghdādī: ‘Message To the Mujāhidīn and the Islamic Ummah In the Month Of Ramaḍān,’ Jihadology, last modified July 1, 2014, http://jihadology.net/2014/07/01/al-furqan-media-presents-a-new-audio-message-from-the-islamic-states-abu-bakr-al-%E1%B8%A5ussayni-al-qurayshi-al-baghdadi-message-to-the-mujahidin-and-the-islamic-ummah-in-the-month-of-rama.

“Therefore, rush O Muslims to your state. Yes, it is your state. Rush, because Syria is not for the Syrians, and Iraq is not for the Iraqis. The earth is Allah’s… The State is a state for all Muslims. The land is for the Muslims, all the Muslims. O Muslims everywhere, whoever is capable of performing hijrah (emigration) to the Islamic State, then let him do so, because hijrah to the land of Islam is obligatory.”Aaron Y. Zelin, ““al-Furqān Media presents a new audio message from the Islamic State’s Abū Bakr al-Ḥussaynī al-Qurayshī al-Baghdādī: ‘Message To the Mujāhidīn and the Islamic Ummah In the Month Of Ramaḍān,’ Jihadology, last modified July 1, 2014, http://jihadology.net/2014/07/01/al-furqan-media-presents-a-new-audio-message-from-the-islamic-states-abu-bakr-al-%E1%B8%A5ussayni-al-qurayshi-al-baghdadi-message-to-the-mujahidin-and-the-islamic-ummah-in-the-month-of-rama.

“From amongst the polluted ideologies that have afflicted people the entire world over throughout the course of the tyranny carried out by the forces of kufr [unbelief], is the notion that the people can choose whether to follow the truth or embark upon falsehood. This ideology teaches that no one has the right, regardless of whom he may be, to impose any creed or set of morals on anyone else even if that creed or set of morals is the truth revealed by Allah.

“Until we return to the correct state of Islamic affairs, it’s upon us all to work together to eradicate the principle of ‘free choice,’ and to not deceive the people in an attempt to seek their pleasure… Rather, we must confront them with the fact that they’ve turned away from the religion [Islam], while we hold onto it… and that we’re completely ready to stand in the face of anyone who attempts to divert us from our commitment to making the religion of Allah triumphant over all other religions, and that we will continue to fight the people of deviation and misguidance until we die trying to make the religion triumphant.”Aaron Y. Zelin, “al-Ḥayāt Media Center presents a new issue of the Islamic State’s magazine: ‘Dābiq #2,’” Jihadology, July 27, 2014, http://jihadology.net/2014/07/27/al-%E1%B8%A5ayat-media-center-presents-a-new-issue-of-the-islamic-states-magazine-dabiq-2.