On July 22, neo-Nazis and white supremacists on the Internet celebrated the 10th anniversary of the 2011 Norway attacks. Seventy-seven people were killed, and over 300 people were injured in a bombing and shooting rampage committed by a Norwegian right-wing extremist, who was motivated by anti-Muslim and anti-multicultural sentiment and wanted to start a European uprising.

Last week, CEP Executive Director David Ibsen stated, “The continued presence of far-right views online, along with greater exposure to extremist content over the course of the COVID-19 pandemic, is of particular concern. Meaningful action between policymakers and tech firms is needed to ensure the attacks in Norway and Breivik’s propaganda do not serve as inspiration for any further violence.”

White supremacists and neo-Nazis celebrated the attacker by posting memes, drawings, videos, copies of his manifesto, and descriptions of his attack on Telegram and 4chan. Paeans to the convicted terrorist included videos using footage from a Netflix film made about the attack. Users on 4chan glorified the attacker and advocated for future acts of violence. On Telegram, the founder of an accelerationist neo-Nazi group stated that the Norway terrorist attacked those who he felt were “responsible” for his grievances, but that single attacks committed by individuals would not accomplish change, which could only be achieved through “organized and coordinated” violence.

The video was released on Telegram, and links were spread on RocketChat and online bulletin boards. The video was uploaded to at least 18 websites but was only available on four sites approximately two days later: sites connected to the distributed web service ipfs.io, letsupload.io, siasky.net, and usersdrive.com. The video was additionally located on the Internet Archive, where it was uploaded after the first round of uploads on July 20. The Internet Archive removed the video after it was reported by CEP.

CEP researchers located a pro-ISIS site on the dark web that posts audio from the terrorist group, including official leadership statements, ISIS Al Bayan radio broadcasts, and ISIS nasheeds. The website on the onion domain also contains contact information for an alleged pro-ISIS propagandist. The URL was first posted on the surface web in early July 2021. 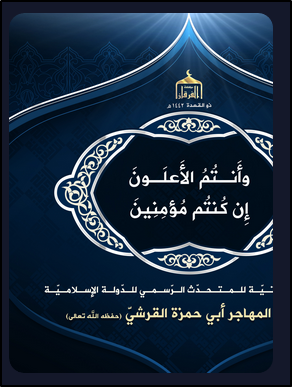 A recently released ISIS audio file from the group’s leadership on the pro-ISIS site on the dark web.

The 18th issue of the pro-ISIS web magazine “Voice of Hind” was released on numerous websites on July 19. The magazine is meant to appeal to Muslims in the Indian subcontinent and beyond.

The 18th issue contained an article allegedly by ISIS supporters in the Maldives urging the terrorist group’s supporters to be patient and dedicated to the cause, and to not worry about being caught. An article that claimed to be from an ISIS supporter in Pakistan urged steadfastness in the face of difficulties and promoted migration for the purpose of fighting. An additional article stated that the Taliban were not technically victors in Afghanistan but that the conflict there showed the world that the U.S. could be defeated and that American allies were exposed as hypocrites. The same article criticized the Taliban for working with Pakistan’s Inter-Services Intelligence agency and fighting against ISIS.

On July 12, it was reported that India’s National Investigation Agency (NIA) arrested fifteen individuals in Kashmir who were allegedly part of an ISIS cell involved in disseminating “Voice of Hind.”

On July 16, a prominent neo-Nazi Telegram channel dedicated to counter-surveillance and information and operations security shared a post regarding the purchase and use of burner phones. The channel provided information on where to buy refurbished phones and SIM cards and how to sync smartphones and increase mobile phone security. The Telegram channel had over 9,000 subscribers on July 22. The channel has previously endorsed violence and posted information on virtual credit cards, disabling and destroying surveillance cameras and removing microphones and cameras from smartphones.