An additional Facebook account was located whose purpose is to post links to a Telegram account, which posts links to an ISIS propaganda website, currently on the .ro domain, which has previously been on the .tf, and .pl domains and at least six others.

CEP has previously detailed in its report, Spiders of the Caliphate: Mapping the Islamic State's Global Support Network on Facebook how ISIS followers work to exploit Facebook to host meetings, link to terrorist propaganda, and organize online. 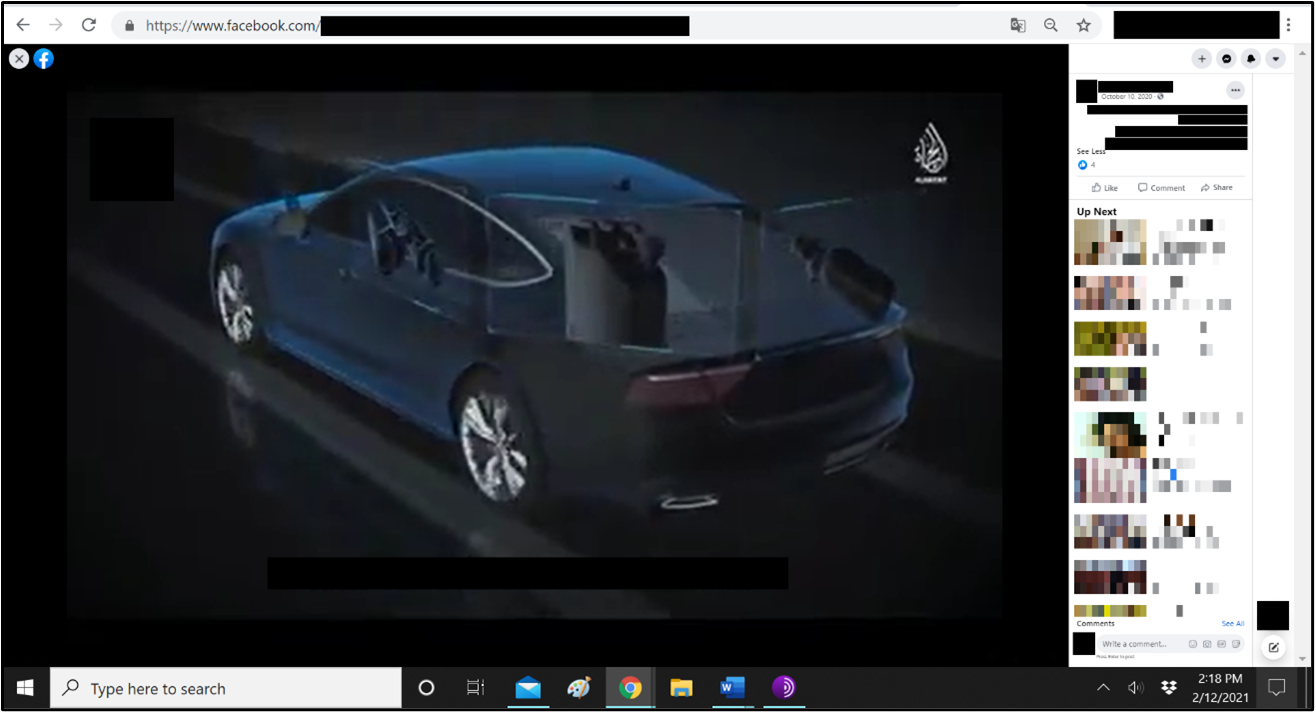 ISIS video on Facebook, February 12, 2021. The video, originally released in July 2020, encourages acts of terrorism, including vehicular attacks and arson.

Spreaker removed Nordic Resistance Movement (NRM) podcasts from the platform on February 9. The podcasting platform previously hosted several of the group’s podcasts, which promoted anti-Semitism, Islamophobia, racism, and fascism. NRM moved their podcasts to the PodBean platform and a decentralized peer to peer video website. The group’s leading podcast recently praised an Austrian neo-Nazi rapper arrested in January, claiming that he was a fan.

On February 10, a prominent neo-Nazi Telegram channel dedicated to information and operations security shared a manual on destroying security cameras. Stating that “every attack on the system is praise-worthy,” the manual included descriptions of different types of CCTV cameras, various methods to disable or destroy them, and tips on conducting local campaigns against surveillance infrastructure. The manual included addresses for donating Bitcoin and Monero.