The TWP focused its rhetoric on what it termed the pillars of faith, family, and folk. The party called for a rejection of atheism and secularism while claiming its members come from the "traditional faiths of the European people." It promoted what it called traditional family values, and fought for the interests of white Americans, who it says have been "abandoned by the System and actively attacked by globalists and traitorous politicians." The group claims it actively fights for a white homeland in order to secure the future existence of the white people.*"Party Platform," Traditionalist Worker Party, accessed August 24, 2017, http://www.tradworker.org/platform/.x

Heimbach publicly renounced white nationalism in April 2020.*John Eligon, “He Says His Nazi Days Are Over. Do You Believe Him?,” New York Times, April 4, 2020, https://www.nytimes.com/2020/04/04/us/jeff-schoep-white-nationalist-reformer.html.x In February 2021, he told Ohio television station WKRC he had sobered up and his sympathies had shifted toward communism and leftist politicians like U.S. Senator Bernie Sanders. He told WKRC that the divisions between people were not race driven but based on economic disparities. As such, he said he would work with Black Lives Matter or any other racial group to fight against the economic gap. “The capitalist class that rules this country does not care, fundamentally,” he said.*Duane Pohlman, “Can a man turn 180 degrees and renounce fascism?,” WKRC, February 4, 2021, https://local12.com/news/investigates/can-a-man-turn-180-degrees-and-renounce-fascism.x That July, Heimbach was scheduled to speak at a Medicare For All rally in Muncie, Indiana. National organizers canceled the rally after receiving complaints about Heimbach’s participation.*Robin Gibson, “Outrage over divisive speaker apparently cancels Muncie march plans,” Star Press, June 30, 2021, https://www.thestarpress.com/story/news/local/2021/06/30/outrage-over-divisive-speaker-apparently-cancels-muncie-march-plans/7813895002/.x Despite his claimed desire to work across racial communities for economic equality, Heimbach soon began to combine his ideology with his old. In July 2021, Heimbach announced his intentions to relaunch the TWP.  He told the website Newsy he was drawing inspiration from Marxism and Bolshevism to support global revolution. Heimbach told Newsy he did not “particularly like Judaism as a religion.”*Mark Greenblatt and Lauren Knapp, “Extremist Heimbach To Relaunch Hate Group, Says He Supports Violence,” Newsy, July 20, 2021, https://www.newsy.com/stories/extremist-heimbach-to-relaunch-hate-group-supports-violence-3/.x Heimbach also called for President Joe Biden and former presidents Donald Trump, Barack Obama, and George W. Bush to be tried for crimes against society. He pled the fifth amendment—protection from self-incrimination—when asked if it is permissible to kill the U.S. president. According to the report, Heimbach intended to relaunch the TWP that month.*Mark Greenblatt and Lauren Knapp, “Extremist Heimbach To Relaunch Hate Group, Says He Supports Violence,” Newsy, July 20, 2021, https://www.newsy.com/stories/extremist-heimbach-to-relaunch-hate-group-supports-violence-3/.x 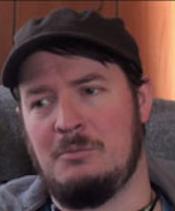 The TWP had chapters in Kentucky and Ohio.* Allison Carter and Robert King, “What we know about Matthew Heimbach, Indiana white nationalist who helped promote Charlottesville,” Indianapolis Star, August 15, 2017, http://www.indystar.com/story/news/crime/2017/08/15/what-we-know-matthew-heimbach-indiana-white-nationalist-who-helped-promote-charlottesville/568805001/.x On YouTube, the group has gathered more than 6,800 subscribers and more than 407,000 channel views as of January 2, 2018.* Traditionalist Worker Party YouTube Channel, accessed January 2, 2018, https://www.youtube.com/channel/UC4f8Z2XefBDL421pnNEQH0Q/about.x By March 19, 2019, that number had decreased to 5,961.*Traditionalist Worker Party YouTube Channel, accessed March 19, 2019, https://www.youtube.com/channel/UC4f8Z2XefBDL421pnNEQH0Q/about. x The TYN YouTube channel has more than 55,000 views and 756 subscribers as of January 2, 2018.* Traditionalist Youth Network YouTube Channel, accessed January 2, 2018, https://www.youtube.com/channel/UCKmcfC22VcMbUMJAAWq9zdw/about. x As of March 19, 2019, the YouTube channel’s subscribers had decreased to 729.* Traditionalist Youth Network YouTube Channel, accessed March 19, 2019, https://www.youtube.com/channel/UCKmcfC22VcMbUMJAAWq9zdw/about. x As of August 2017, the TYN had more than 6,700 Twitter followers.* TradYouth, Twitter page, accessed August 24, 2017, https://twitter.com/tradyouth.x By January 2018, the TYN and TWP Twitter accounts had been suspended.

TWP has not been found to instigate violence. Some of its followers have, however, physically clashed with protesters.