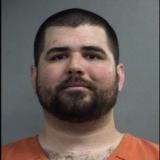 Matthew Heimbach is an American white-nationalist leader who co-founded the now-defunct Traditionalist Worker Party (TWP) and currently serves as the community outreach director of the National Socialist Movement (NSM).“Traditionalist Worker Party,” Southern Poverty Law Center, accessed September 27, 2018, https://www.splcenter.org/fighting-hate/extremist-files/group/traditionalist-worker-party. Heimbach has sought to unite U.S. white-nationalist groups and bring them into the public mainstream. His efforts have included co-creating the Nationalist Front umbrella group and the promotion of the 2017 Unite the Right rally in Charlottesville, Virginia. Though he claims to reject violence, Heimbach encouraged his followers to attack protesters in Charlottesville. He has been linked to other violent incidents as well, including a 2016 assault on a black protester at a political rally.Vegas Tenold, Everything You Love Will Burn (New York: Nation Books, 2018), 157; Brett Barrouquere, “Days after guilty plea, Matthew Heimbach re-emerges in new alliance with National Socialist Movement,” Southern Poverty Law Center, September 24, 2018, https://www.splcenter.org/hatewatch/2018/09/24/days-after-guilty-plea-matthew-heimbach-re-emerges-new-alliance-national-socialist-movement. Heimbach claims white unity is key to improving the economic and social position of white people who have been “left behind” while minorities have prospered.Vegas Tenold, Everything You Love Will Burn (New York: Nation Books, 2018), 38, 166-169. Heimbach has declared he is acting as an advocate for white European Americans much like the NAACP does for African Americans.Vegas Tenold, Everything You Love Will Burn (New York: Nation Books, 2018), 33-48.

Heimbach’s platform is based around the idea that the white race has been disadvantaged because of globalism and multiculturalism, which he has largely blamed on a global Jewish conspiracy. Heimbach claims white unity is necessary because the Jews hate all white people equally.Vegas Tenold, Everything You Love Will Burn (New York: Nation Books, 2018, 63, 200. The U.K. government has warned that Heimbach’s anti-Semitic rhetoric could incite violence and banned Heimbach from entering the country in October 2015.Jessica Elgot, “Theresa May bans US segregationist from UK for ‘neo-Nazi’ remarks,” Guardian (London), November 4, 2015, https://www.theguardian.com/world/2015/nov/04/theresa-may-bans-us-segregationist-from-uk-for-neo-nazi-remarks. Heimbach envisions an amicable separation of the races as illustrated by his oft-used slogan “Stop the hate, separate.”Vegas Tenold, Everything You Love Will Burn (New York: Nation Books, 2018), 33-48. To accomplish this, Heimbach has pushed for unity between otherwise disparate white-nationalist groups, such as the Ku Klux Klan, the Hammerskin Nation, and the NSM. He has pushed these groups—with mixed results—to soften their explicitly racist rhetoric and abandon vilified symbols like the swastika in order to appear more mainstream.Vegas Tenold, Everything You Love Will Burn (New York: Nation Books, 2018), 200-201, 208-222. Though he claims to reject violence, he has described violent groups such as the Aryan Terror Brigade as “part of the big White Advocacy tent.”“Matthew Heimbach Embracing Hard-Core White Supremacy,” Anti-Defamation League, October 4, 2013, https://www.adl.org/blog/matthew-heimbach-embracing-hard-core-white-supremacy; Mark Potok, “The Little Fuhrer: Matthew Heimbach Goes All the Way,” Southern Poverty Law Center, October 7, 2013, https://www.splcenter.org/hatewatch/2013/10/07/little-f%C3%BChrer-matthew-heimbach-goes-all-way.

In 2015, Heimbach and Parrott created the TWP as the political arm of the TYN. They registered the TWP as a political party with the intention of endorsing political candidates who shared their ethno-nationalist values.“Traditionalist Worker Party,” Southern Poverty Law Center, accessed September 27, 2018, https://www.splcenter.org/fighting-hate/extremist-files/group/traditionalist-worker-party. The TWP claimed to actively fight for a white homeland in order to secure the future existence of the white people. The TWP rejected atheism and secularism while claiming its members came from the “traditional faiths of the European people.” The TWP promoted the interests of white Americans who had been “abandoned by the System and actively attacked by globalists and traitorous politicians.”“Party Platform,” Traditionalist Worker Party, accessed August 24, 2017, http://www.tradworker.org/platform/. The party was based in a southern Indiana compound owned by Parrott. Parrott and Heimbach lived with their respective spouses in the compound and encouraged other followers to join them.Shay McAlister, “S. Indiana white nationalists working to shut the door on multicultural America,” 2016, WHAS 11 ABC, http://www.whas11.com/news/special-reports/s-indiana-white-nationalists-working-to-shut-the-door-on-multicultural-america/373394558.

In 2016, Heimbach and NSM leader Jeff Schoep created the Aryan Nationalist Alliance (ANA), to unite U.S. white-nationalist groups. The ANA platform recognized fundamental differences in both approach and ideology among its member groups but unified around the idea that all national problems—“from street crime to anti-White governmental policies, to attacks on our sovereignty and faith”—could be solved with the creation of a white nation.Vegas Tenold, Everything You Love Will Burn (New York: Nation Books, 2018), 157. ANA rebranded as the Nationalist Front in November 2016.“National Socialist Movement/Nationalist Front,” Anti-Defamation League, accessed October 15, 2018, https://www.adl.org/resources/backgrounders/national-socialist-movementnationalist-front.

The TWP collapsed in 2018 following Heimbach’s arrest and Parrott’s resignation. On March 13, 2018, Heimbach assaulted his wife and Parrott in their Indiana home after the pair discovered Heimbach was having an affair with Parrott’s wife. Heimbach was charged with misdemeanor battery and felony domestic battery in the presence of a child under 16.Marwa Eltagouri, “White nationalist leader Matthew Heimbach arrested on domestic battery charges,” Washington Post, March 13, 2018, https://www.washingtonpost.com/news/post-nation/wp/2018/03/13/white-nationalist-leader-matthew-heimbach-arrested-for-domestic-battery/?utm_term=.9680702f43da; Thomas Novelly, “White nationalist Matthew Heimbach arrested after trailer park fight over alleged affair,” Courier-Journal, March 14, 2018, https://www.courier-journal.com/story/news/2018/03/14/white-nationalists-matthew-heimbach-david-parrott-trailer-park-fight-affair/423366002/. Parrott resigned from the TWP shortly after and took down the group’s website.Brett Barrouquere and Rachel Janik, “TWP chief Matthew Heimbach arrested for battery after affair with top spokesman's wife,” Southern Poverty Law Center, March 13, 2018, https://www.splcenter.org/hatewatch/2018/03/13/twp-chief-matthew-heimbach-arrested-battery-after-affair-top-spokesmans-wife. It remains to be seen if other leaders will arise to revive the TWP.

The March 2018 assault led to Heimbach’s 90-day incarceration for violating the terms of his probation related to a 2016 arrest. In March 2016, Heimbach was charged with harassment and misdemeanor assault after he shoved a black protester at a rally for then-presidential candidate Donald Trump in Louisville, Kentucky. Heimbach has claimed that he acted “pursuant to the directives and requests of” Trump and his campaign.Kenneth P. Vogel, “White nationalist claims Trump directed rally violence,” Politico, April 17, 2017, https://www.politico.com/story/2017/04/donald-trump-rally-violence-237302. In July 2017, Heimbach pled guilty to assault charges and received a suspended prison sentence, a fine, and an order to attend anger management classes. The suspended sentence was conditional on Heimbach maintaining a clean arrest record for two years.“White nationalist pleads guilty in Trump rally case,” Associated Press, July 19, 2017, https://apnews.com/ee14f79ada6947e38e90ee9cac33d999. In May 2018, Heimbach was sentenced to 38 days in the city jail in Louisville, Kentucky, for violating the terms of his probation.Jason Riley, “White nationalist who harassed woman at Trump rally ordered to serve 38 days in jail,” WDRB.com, May 15, 2018, http://www.wdrb.com/story/38193191/white-nationalist-who-harassed-woman-at-trump-rally-ordered-to-serve-38-days-in-jail#.WvsW4CjYV28.twitter. Heimbach is still subject to a civil lawsuit related to the 2016 incident.Andrea Diaz, “Trump did not incite violence against protesters at a 2016 campaign rally, court rules,” CNN, September12, 2018, https://www.cnn.com/2018/09/12/politics/trump-wins-dismissal-lawsuit-kentucky-trnd/index.html.

Since the TWP’s collapse, Heimbach has continued to promote his version of ethno-nationalism. In September 2018, he became the NSM’s community outreach director. Departing from NSM’s traditional rhetoric and signifying a shift in NSM’s tactics, Heimbach publicly stated his intent to engage with “communities of color” in what NSM leader Schoep declared a “new era of National Socialism.”Brett Barrouquere, “Days after guilty plea, Matthew Heimbach re-emerges in new alliance with National Socialist Movement,” Southern Poverty Law Center, September 24, 2018, https://www.splcenter.org/hatewatch/2018/09/24/days-after-guilty-plea-matthew-heimbach-re-emerges-new-alliance-national-socialist-movement.