The Base is a neo-Nazi, white-supremacist network that describes itself as an “international survivalist and self-defense network” that seeks to train their members for fighting a race war.*"What is The Base?" Internet Archive video, 2:21, uploaded by "The Base" on September 21, 2019.x Since its founding, the network has been active in North America, Europe, South Africa, and Australia. The present transnational reach of the organization outside of the United States is unknown. The Base is influenced by the race war called for in the book Siege by neo-Nazi James Mason. The Base is an accelerationist group that encourages the onset on anarchy so it can then "impose order from chaos."*"What is The Base?" Internet Archive video, 2:21, uploaded by "The Base" on September 21, 2019; Ryan Thorpe, "Homegrown hate" Winnipeg Free Press, August 16, 2019, https://www.winnipegfreepress.com/local/homegrown-hate-547510902.html.x In a September 2018 episode of the podcast The Roper Report, Base founder Roman Wolf, a.k.a. Rinaldo Nazzaro, claimed The Base’s goal is to unite white nationalists for the coming race war that will overthrow the government and reshape society.*Ben Makuch and Mack Lamoureux, "Neo-Nazis Are Organizing Secretive Paramilitary Training Across America," Vice News, November 20, 2018, https://www.vice.com/en_us/article/a3mexp/neo-nazis-are-organizing-secretive-paramilitary-training-across-america.x The Base has since denied it is a neo-Nazi organization or that it promotes any specific ideology. The Base’s recruitment propaganda claims it trains its members for a “hypothetical time in the future when law & order breaks down to such an extreme degree … that the authorities are unable or unwilling to restore it.”*The Base, Telegram channel, April 4, 2021.x

The name The Base is the English translation of al-Qaeda, though it is unclear if the link was intentional as the two networks share no other similarities. The Base heavily draws inspiration from the Atomwaffen Division (AWD) and Siege, the neo-Nazi manifesto written by James Mason that inspired Atomwaffen Division. The exact relationship between AWD and The Base remains unclear beyond inspiration.*Ryan Thorpe, "Homegrown hate," Winnipeg Free Press, August 16, 2019, https://www.winnipegfreepress.com/local/homegrown-hate-547510902.html.x The Base’s membership reportedly includes members of AWD and the far-right group Eco-Fascist Order.*Ben Makuch and Mack Lamoureux, “Neo-Nazis Are Organizing Secretive Paramilitary Training Across America,” Vice News, November 20, 2018, https://www.vice.com/en_us/article/a3mexp/neo-nazis-are-organizing-secretive-paramilitary-training-across-america.x

Since the public revelation of the identities of The Base’s leadership and several high-profile arrests in January 2020, some U.S. media claimed U.S. authorities dismantled The Base.*Jason Wilson, “Revealed: the true identity of the leader of an American neo-Nazi terror group,” Guardian (London), January 24, 2020, https://www.theguardian.com/world/2020/jan/23/revealed-the-true-identity-of-the-leader-of-americas-neo-nazi-terror-group; Neil MacFarquhar, “Many Claim Extremists Are Sparking Protest Violence. But Which Extremists?,” New York Times, May 31, 2020, https://www.nytimes.com/2020/05/31/us/george-floyd-protests-white-supremacists-antifa.html.x Also in January 2020, federal authorities arrested three men suspected of membership in The Base who were allegedly plotting to murder a couple, supposedly affiliated with the far-left antifa movement, in Bartow County, Georgia.*Doug Walker, “Judge: Case against men accused in white supremacist plot to go forward,” Rome News-Tribune, May 29, 2020, https://www.northwestgeorgianews.com/rome/news/local/judge-case-against-men-accused-in-white-supremacist-plot-to-go-forward/article_42700ffc-a1e5-11ea-a35a-9367e2d93e72.html; Derek Hawkins and Hannah Knowles, “Alleged members of white supremacy group ‘the Base’ charged with plotting to kill antifa couple,” Washington Post, January 18, 2020, https://www.washingtonpost.com/national-security/2020/01/18/the-base-white-supremacist-arrests/.x That same month, three suspected Base members were arrested for allegedly stockpiling weapons and training for an assault on a pro-Second Amendment rally in Virginia, reportedly in the hopes of sparking a civil war.*“Three Alleged Members of the Violent Extremist Group “The Base” Facing Federal Firearms and Alien-Related Charges,” U.S. Department of Justice, January 16, 2020, https://www.justice.gov/usao-md/pr/three-alleged-members-violent-extremist-group-base-facing-federal-firearms-and-alien; Michael Kunzelman, “Documents: Extremist group wanted rally to start civil war,” Associated Press, January 21, 2020, https://apnews.com/e5d17a8735678aa604a22f011c2685db.x In October 2020, authorities in Michigan arrested two Base members, including the group’s alleged leader, accused of attempting to intimidate a podcast host in December 2019.*Nicholas Bogel-Burroughs, “F.B.I. Arrests Michigan Men Tied to White Supremacist Group,” New York Times, October 29, 2020, https://www.nytimes.com/2020/10/29/us/fbi-arrests-the-base-michigan.html; Charlie Langton, “2 Michigan men facing gang felony charge for alleged ties with white supremacist group The Base,” Fox 2 Detroit, October 29, 2020, https://www.fox2detroit.com/news/2-michigan-men-facing-gang-felony-charge-for-alleged-ties-with-white-supremacist-group-the-base.x Despite these arrests and the revelation of The Base’s leadership, the group has continued to adapt based on a strategy of creating small, independent cells utilizing online recruitment and in-person survival training courses.*The Base, Telegram channel, April 4, 2021; The Base, Telegram channel, September 23, 2021.x

The Base claims to be a leaderless resistance group.*“What is The Base?,” Internet Archive video, 2:21, uploaded by “The Base” on September 21, 2019.x Norman Spear, a.k.a. Roman Wolf, launched The Base in June 2018. Both names were pseudonyms.*Ryan Thorpe, “Homegrown hate,” Winnipeg Free Press, August 16, 2019,https://www.winnipegfreepress.com/local/homegrown-hate-547510902.html; Ben Makuch and Mack Lamoureux, “Neo-Nazis Are Organizing Secretive Paramilitary Training Across America,” Vice News, November 20, 2018, https://www.vice.com/en_us/article/a3mexp/neo-nazis-are-organizing-secretive-paramilitary-training-across-america.x Spear’s true identity was revealed in January 2020 as Rinaldo Nazzaro, a U.S.-born military contractor living in Russia.*Jason Wilson, “Revealed: the true identity of the leader of an American neo-Nazi terror group,” Guardian (London), January 24, 2020, https://www.theguardian.com/world/2020/jan/23/revealed-the-true-identity-of-the-leader-of-americas-neo-nazi-terror-group.x Despite The Base’s claims of being a leaderless resistance, following his October 2020 arrest Justen Watkins claimed he had been appointed the new leader of The Base after the arrest of the group’s previous leader earlier that year.*Affidavit in Support of Complaint, State of Michigan, October 2020, https://www.michigan.gov/documents/ag/final_signed_public_facing_affidavit_from_Sherry_Workman_706471_7.pdf.x 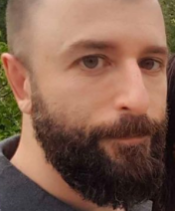 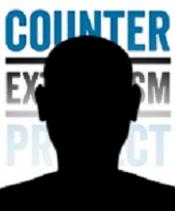 International. The Base’s presence has been recorded around the United States, Canada, Europe, and Australia, though its present reach is unknown.*Mack Lamoureux and Zachary Kamel, “Neo-Nazi Terror Groups Are Using iFunny to Recruit,” Vice News, November 14, 2019, https://www.vice.com/en_us/article/vb5kx3/neo-nazi-terror-groups-are-using-ifunny-to-recruit;x

The Base previously had an official presence on Gab, Twitter, and Reddit until the respective sites deleted The Base’s accounts. Supporters continue to upload video content to BitChute and the Internet Archive. In January 2021, BitChute banned the account of Base founder Roman Wolf, a.k.a. Rinaldo Nazzaro. The Base also maintains a channel on Telegram.

The Base’s total membership is unknown as the group has no formal membership.*"What is The Base?,"Internet Archive video, 2:21, uploaded by “The Base” on September 21, 2019.x Its primary web forum reportedly has 45 members. There are also regional chat groups.*Ryan Thorpe, "Homegrown hate," Winnipeg Free Press, August 16, 2019, https://www.winnipegfreepress.com/local/homegrown-hate-547510902.html.x In a June 11, 2021, Telegram post, Nazzaro claimed The Base had 70 members. He also claimed The Base had a budget of $15,000.*Rinaldo Nazzaro, Telegram channel, June 11, 2021.x The Canadian government designated The Base as a terrorist organization on February 3, 2021.*“Government of Canada lists 13 new groups as terrorist entities and completes review of seven others,” Public Safety Canada, February 3, 2021, https://www.canada.ca/en/public-safety-canada/news/2021/02/government-of-canada-lists-13-new-groups-as-terrorist-entities-and-completes-review-of-seven-others.html.x Nazzaro dismissed the designation as “flat-out political repression.”*Rinaldo Nazzaro, Telegram post, February 3, 2021.x On July 16, 2021, the British government proscribed The Base as a terrorist organization.*“Terror group The Base outlawed in the UK,” Gov.UK, July 16, 2021, https://www.gov.uk/government/news/terror-group-the-base-outlawed-in-the-uk.x On November 23, 2021, the Australian government announced its intention to designate The Base as a terrorist organization.*Henry Belot, “Australia lists neo-Nazi organisation The Base, Lebanese Shia party Hezbollah as terrorist organisations,” Australian Broadcasting Corporation, November 23, 2021, https://www.abc.net.au/news/2021-11-24/neo-nazi-group-base-hezbollah-terrorist-listing/100646300; “Australia lists neo-Nazi group and Hezbollah as terrorist organisations,” Reuters, November 24, 2021, https://www.reuters.com/world/asia-pacific/australia-lists-neo-nazi-group-hezbollah-terrorist-organisations-2021-11-24/.x

The Base has also used the meme-generating website iFunny to create propaganda memes and post videos, which has sparked interest from some of iFunny’s users. Memes often includes emails or QR codes with which users can get in touch with a recruiter.*Mack Lamoureux and Zachary Kamel, “Neo-Nazi Terror Groups Are Using iFunny to Recruit,” Vice News, November 14, 2019, https://www.vice.com/en_us/article/vb5kx3/neo-nazi-terror-groups-are-using-ifunny-to-recruit.x

The Base seeks to create two- to three-man cells around North America, Europe, Australia, and South Africa. According to founder Roman Wolf, a.k.a. Rinaldo Nazzaro, The Base’s members include National Socialists and fascists, as well as "run-of-the-mill white nationalists."*Ryan Thorpe, "Homegrown hate," Winnipeg Free Press, August 16, 2019, https://www.winnipegfreepress.com/local/homegrown-hate-547510902.html.x In November 2019, alleged Base leader Justen Watkins created a training camp in Bad Axe, Michigan. Photos and video of firearms training at the camp were then uploaded online to aid recruitment.*Affidavit in Support of Complaint, State of Michigan, October 2020, https://www.michigan.gov/documents/ag/final_signed_public_facing_affidavit_from_Sherry_Workman_706471_7.pdf.x Nonetheless, Nazzaro has claimed his network was not set up to be a terrorist or neo-Nazi organization.*Rinaldo Nazzaro, BitChute account, April 24, 2021. x

The Base seeks out potential recruits with existing survivalist, self-defense, and outdoors skills.*The Base, Telegram channel, November 8, 2020.x Membership is limited to men of European descent who share The Base’s political philosophy.*What is The Base?,” Internet Archive video, 2:21, uploaded by “The Base” on September 21, 2019.x The Base also requires members to be at least 18 years old.*Mack Lamoureux and Zachary Kamel, “Neo-Nazi Terror Groups Are Using iFunny to Recruit,” Vice News, November 14, 2019, https://www.vice.com/en_us/article/vb5kx3/neo-nazi-terror-groups-are-using-ifunny-to-recruit.x An undercover reporter for the Winnipeg Free Press underwent a “multi-tiered vetting process” that included encrypted online communication, a phone call with founder Roman Wolf, and an in-person meeting with a local representative.*Ryan Thorpe, "Homegrown hate," Winnipeg Free Press, August 16, 2019, https://www.winnipegfreepress.com/local/homegrown-hate-547510902.html.x In a September 2018 episode of the far-right podcast The Roper Report, Wolf claimed that the white nationalist movement is primarily based online and that needs to change. Wolf said the Base is “focused on meeting and training” in order to build a network of trainers across the country.*Ben Makuch and Mack Lamoureux, “Neo-Nazis Are Organizing Secretive Paramilitary Training Across America,” Vice News, November 20, 2018, https://www.vice.com/en_us/article/a3mexp/neo-nazis-are-organizing-secretive-paramilitary-training-across-america.x The Base has since begun asking potential recruits about experience in survivalism, self-defense, and the military.*The Base, Telegram channel, November 8, 2020.x

The Base has not yet claimed responsibility for violent acts, but it has organized military training camps across North America. Several members have served in the U.S. or Canadian militaries and used those skills to train other members of The Base in weaponry and combat.*Ben Makuch and Mack Lamoureux, "Neo-Nazis Are Organizing Secretive Paramilitary Training Across America," Vice News, November 20, 2018, https://www.vice.com/en_us/article/a3mexp/neo-nazis-are-organizing-secretive-paramilitary-training-across-america; Ryan Thorpe, "Homegrown hate," Winnipeg Free Press, August 16, 2019, https://www.winnipegfreepress.com/local/homegrown-hate-547510902.html; Ryan Thorpe, "Military, RCMP investigating Winnipeg neo-Nazi army reserves leader," Winnipeg Free Press, August 18, 2019, https://www.winnipegfreepress.com/local/military-rcmp-investigating-winnipeg-neo-nazi-army-reserves-leader-554974742.html.x Alleged Base leader Justen Watkins set up a Base training camp in Michigan in 2019.*Affidavit in Support of Complaint, State of Michigan, October 2020, https://www.michigan.gov/documents/ag/final_signed_public_facing_affidavit_from_Sherry_Workman_706471_7.pdf.x In April 2021, founder Rinaldo Nazzaro denied that Base members ever discussed or planned attacks. He accused media organizations like Vice and non-government organizations of misrepresenting The Base.*Rinaldo Nazzaro, BitChute account, April 24, 2021. x