(New York, N.Y.) – On November 16, the Counter Extremism Project (CEP) publicly launched the Radicalization, Rehabilitation, Reintegration, and Recidivism (4R) Network, with a web event featuring CEP leadership and international experts in a conversation moderated by Michael A. Brown, deputy director of the Center for Prevention Programs & Partnerships (CP3) at the U.S. Department of Homeland Security.

Hundreds of individuals serving jihadist-related or right-wing terrorism-related sentences are scheduled to be released from U.S. prisons between 2022 and 2025, yet there are no formal, in-prison recidivism reduction programs tailored for convicted terrorists, nor a fully realized post-release initiative to support the reentry and reintegration of terrorism-related offenders.

The 4R Network seeks to address these gaps with what Deputy Director Brown called a “first of its kind” program tasked with facilitating the safe, healthy, and dignified rehabilitation and reintegration of violent extremist-affiliated criminal offenders while decreasing the likelihood of in-prison radicalization and increasing local resilience to violent extremism over the long term.

To learn more about the 4R Network, register for members-only access to trainings, workshops, videos, and other content, or inquire about support options, please visit 4RNetwork.org. 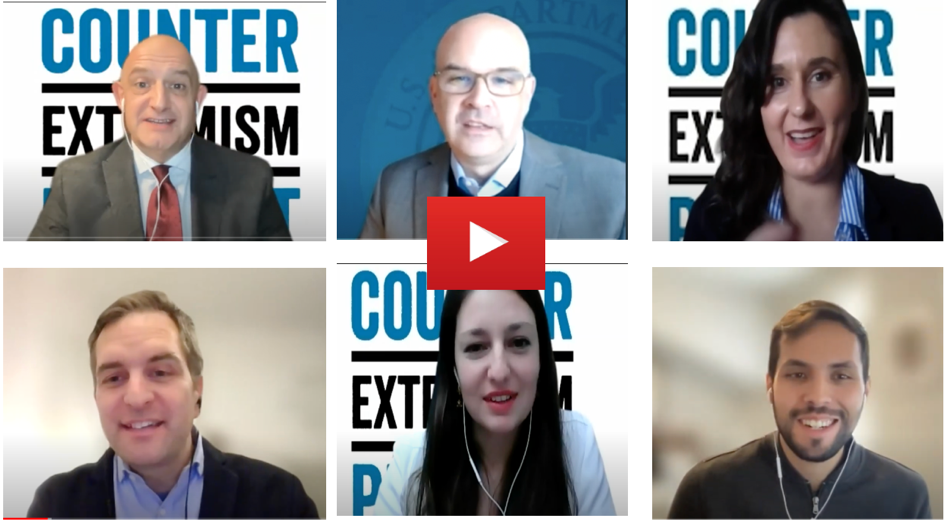 “We reframed the way that we understood radicalization and changed the question from ‘what’s wrong with you’ to ‘what happened to you’,” said CEP program manager Dr. Juncal Fernandez-Garayzabal. “Rather than focus on the ideology and not taking into consideration social and contextual circumstances, this trauma-informed paradigm that we’re seeking to apply understands health in a more holistic manner, and thereby provides a principle-based lens that allows us to include structural, interpersonal, intrapersonal factors and thereby meets different degrees of agency, role, commitment, drivers of radicalization, and other variables,” she said.

To read the CEP publication, Alternative Pathways: A Trauma- and Counter Violent Extremism-Informed Theory of Change for the Rehabilitation and Reintegration of Extremist Offenders and Those Susceptible to Radicalization in American Prisons, please click here.