Qutbism is an Islamist ideology that advocates violent jihad to establish governance according to sharia (Islamic law). It is believed to be the foundational ideology of today’s most dangerous violent Islamist groups, including al-Qaeda and ISIS. Qutbism synthesizes the ideas of Sayyid Qutb, Hassan al-Banna, and Abul Ala Maududi, among other Islamic theologians. (Sources: West Point: Combating Terrorism Center, Parameters: The U.S. Army War College Quarterly, p. 86)

The late Muslim Brotherhood theologian Sayyid Qutb (1906-1966) propagated the tenets of Qutbism in his many books on Islamism and sharia. Qutb wrote his most popular work, Milestones, while incarcerated in Egyptian prison. In Milestones, Qutb outlined the key elements of his movement, which, according to author Paul Berman, has become a “classic manifesto of…Islamic fundamentalism.” Qutb was hanged by the government two years after its publication, making him a martyr in the eyes of many. According to Egyptian political commentator Aly Salem, “It is not an exaggeration to say that Qutb is to Islamism what Karl Marx is to communism.” (Sources: New York Times, Economist, Wall Street Journal)

Qutbism forms the ideological backbone of today’s most violent Islamist groups. According al-Qaeda leader Ayman al-Zawahiri, “Sayyid Qutub’s call for loyalty to God’s oneness and to acknowledge God’s sole authority and sovereignty was the spark that ignited the Islamic revolution against the enemies of Islam at home and abroad. The bloody chapters of this revolution continue to unfold day after day.” Indeed, Osama bin Laden, Ayman al-Zawahiri, and Abu Bakr al-Baghdadi have each built their respective terrorist organizations on the pillars of Qutbism. (Sources: His Own Words: A Translation of the Writings of Dr. Ayman al Zawahiri, p. 48, Parameters: The U.S. Army War College Quarterly, p. 86)

Qutbists believe that Muslims live in ignorance of divine guidance, or jahiliyyah. According to Qutb, jahiliyyah arises from man-made political systems that disregard “what God has prescribed.” Therefore, Qutbism aims to return Muslim society to sharia, an all-encompassing Islamic law governing penal, civil, and personal affairs that “governs the entire universe,” according to Qutb. Only when man lives under sharia will his life be “harmonious and in tune with the rest of the universe.” (Sources: Milestones, Sayyid Qutb, p. 88-89, Andrea Mura (Comparative Philosophy), p. 43)

Qutbists believe sharia should govern not only Muslim lands but the entire globe. Muslim Brotherhood founder Hassan al-Banna—a contemporary of Qutb’s—declared: “It is the nature of Islam to dominate, not to be dominated, to impose its law on all nations, and to extend its power to the entire planet.” Qutb wrote that war should be fought against the Jews and Christians until they converted to Islam or paid jizya, a tax for non-Muslims living under sharia. (Sources: Milestones, Sayyid Qutb, p. 54, The Looming Tower, Lawrence Wright, p. 29)

Qutbists liken the current lack of sharia to what they describe as the ancient, or original jahiliyyah—the state in which Arabs lived before Muhammad introduced Islam to Arabia in the early seventh century CE. Qutb declared in Milestones, “jahiliyyah is evil and corrupt, whether it be of the ancient or modern variety.” (Sources: Milestones, Sayyid Qutb, p. 11, Andrea Mura (Comparative Philosophy), p. 43)

In order to fight against jahiliyyah, Qutb called for an Islamic uprising or “vanguard” to lead the ummah (global Muslim community) into battle against jahili states (ones afflicted by jahiliyyah). Qutb urged the vanguard to direct violence toward secular, Westernized Arab governments, which Qutb considered jahili “not because they believe in other deities besides God or because they worship anyone other than God, but because their way of life is not based on submission to God alone.” (Sources: Andrea Mura (Comparative Philosophy), p. 48, Sayyid Qutb, Milestones, p. 82)

According to Qutbists, religiously sanctioned violence toward jahili governments takes the form of jihad and takfir in order to bring about sharia. Jihad—the violent struggle to “establish God’s authority in the earth” and “make Islam dominant,” according to Qutb—is the responsibility of all Muslims. According to Qutbist theorist Abul Ala Maududi, jihad is a “militant struggle and utmost exertion.” (Sources: Sayyid Qutb, Milestones, p. 70, Dale C. Eikmeier (Parameters: The U.S. Army War College Quarterly), p. 87-89)

Qutbists’ theories on modern jahiliyya flow cohesively into the assertion that Muslims are obligated to carry out jihad in order to implement sharia.

According to pundit William McCants, Muslims who subscribe to Qutbist ideology reject the label “Qutbist” or “Qutbism,” because it implies that they worship a person rather than God, and thus deviate from Islamic dogma. The term “Qutbist” was thus created and used by the ideology’s critics and opponents. (Sources: William McCants (West Point: Combating Terrorism Center), p. 10-11)) 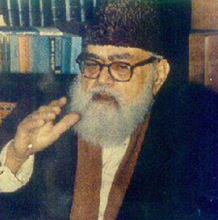 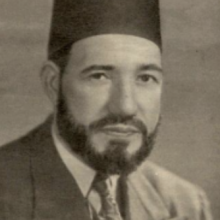 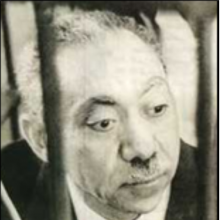 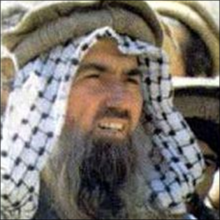 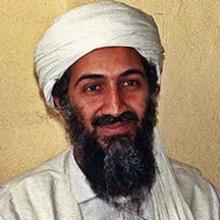 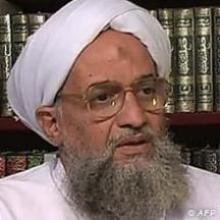 Any Islamist group that contains each of the following attributes may be considered a Qutbist entity:

d) Uses these tactics as a means toward implementing sharia 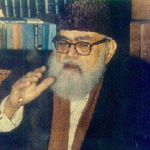 “But jihad in the Way of Allah is a much more comprehensive term than mere fighting in the Way of Allah. Jihad applies to all those efforts that are made to degrade the word of kufr and to exalt the Word of Allah and to establish the Islamic System of life, whether by propagating the Message of Allah in the initial stage or by fighting in the final stage of the struggle.”David Aaron, In Their Own Words: Voices of Jihad (Santa Monica: RAND Corporation, 2008), 58.

“Instead of offering apologies on behalf of Islam for the measure that guarantees security of life, property and faith to those who choose to live under its protection [infidels], the Muslims should feel proud of such a humane law as that of jizyah. For it is obvious that the maximum freedom that can be allowed to those who do not adopt the Way of Allah but choose to tread the ways of error is that they should be tolerated to lead the life they like. That is why the Islamic State offers them protection, if they agree to live as its Zimmis by paying jizyah, but it cannot allow that they should remain supreme rulers in any place and establish wrong ways and impose them on others. As this state of things inevitably produces chaos and disorder, it is the duty of the true Muslims to exert their utmost to bring to an end their wicked rule and bring them under a righteous order.”David Aaron, In Their Own Words: Voices of Jihad (Santa Monica: RAND Corporation, 2008), 58.

“None of His [God’s] subjects has the right to arrogate to himself the position of a sovereign rule. Nor is any individual or legislative body competent to make laws according to their own whims and caprices and call upon the subjects of God to follow that law instead of the Law of God. Nor does any government have the right to enforce its own authority in disregard of the Devine Authority and require people to obey its own command irrespective of the Divine injunctions. All these are acts of rebellion: false claims to sovereignty and recognition of these claims both amount to manifest rebellion and those who are guilty of either of these offences are bound to be punished sooner or later.”Sayyid Abul A’la Maududi, “The Road to Peace and Salvation,” U.K.I.M. Dawah Center, accessed April 28, 2016, 10, http://www.teachislam.com/dmdocuments/Maulana_Maududi_The_Road_to_Peace_and_Salvation.pdf.

“In all modern jahili [pagan] societies, the meaning of ‘morality’ is limited to such an extent that all those aspects which distinguish man from animal are considered beyond its sphere. In these Societies, illegitimate sexual relationships, even homosexuality, are not considered immoral.”Sayyid Qutb, Milestones, (Damascus: Dar al-Ilm: 1965), 98.

“World Jewry[’s]…purpose is to eliminate all limitations, especially the limitations imposed by faith and religion, so that the Jews may penetrate into body politic of the whole world and then may be free to perpetuate their evil designs.”Sayyid Qutb, Milestones, (Damascus: Dar al-Ilm: 1965), 111.

“Indeed, people are not Muslims, as they proclaim to be, as long as they live the life of Jahiliyyah. If someone wishes to deceive himself or to deceive others by believing that Islam can be brought in line with this Jahiliyyah, it is up to him. But whether this deception is for others, it cannot change anything of the actual reality. This is not Islam, and they are not Muslims.”David Aaron, In Their Own Words: Voices of Jihad (Santa Monica: RAND Corporation, 2008), 62.

“Since the objective of the message of Islam is a decisive declaration of man’s freedom, not merely on the philosophical plane but also in the actual conditions of life, it must employ Jihaad.”David Aaron, In Their Own Words: Voices of Jihad (Santa Monica: RAND Corporation, 2008), 61.

“Whatever system is to be established in the world ought to be on the authority of God, deriving its laws from Him alone.”David Aaron, In Their Own Words: Voices of Jihad (Santa Monica: RAND Corporation, 2008), 62.

“It is in the very nature of Islam to take initiative for freeing the human beings throughout the earth from servitude to anyone other than God; and so it cannot be restricted within any geographic or racial limits, leaving all mankind on the whole earth in evil, in chaos and in servitude to lords other than God.”David Aaron, In Their Own Words: Voices of Jihad (Santa Monica: RAND Corporation, 2008), 62.