By December 2020, NSC claimed to have expanded to 25 states and five European countries. On December 29, NSC New England announced it was ending communication with all other NSC chapters to focus on the New England region. The announcement confirmed all other NSC chapters would continue autonomously and possibly under the NSC name, but only chapters within the New England area would be official NSC affiliates.*NSC, Telegram channel, December 29, 2020.x In March 2021, NSC’s original New England chapter announced only it and other clubs within the New England area of Connecticut, Rhode Island, Massachusetts, New Hampshire, Maine, and Vermont were legitimate and NSC had no affiliates beyond New England.*NSC New England, Telegram channel, March 22, 2021.x In June 2021, NSC began operating under the name White Defense Force after several of its online accounts were banned. The group continues to employ the NSC name while using White Defense Force as an alternative for online accounts.*White Defense Force, Telegram channel, June 20, 2021.x 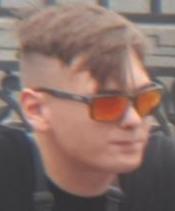 NSC’s logo replaces the “S” in its initials with an SS lightning bolt. NSC’s propaganda also includes the number 131 and at times refers to the group as NSC-131 or 131 Crew.*Russell Harris, “Neo-Nazi ‘Slap-Tags’ Found On Rail-Trail In Pepperell,” Groton Herald, November 5, 2020, http://www.grotonherald.com/news/neo-nazi-%E2%80%98slap-tags%E2%80%99-found-rail-trail-pepperell. x

In June 2021, Google Play and Apple’s App Store deleted multiple NSC communications channels. In response, NSC created a new series of accounts under the name White Defense Force to further recruitment. The group also created a channel on LinkTree, which has since been deleted for violating the site’s terms of service.*White Defense Force, Telegram channel, June 20, 2021; National Socialist Club of New England, LinkedTree account, accessed July 21, 2021.x In August 2021, NSC created a channel on Gab, which had 1,100 followers by the end of June 2022.*NSC-131, Gab account, accessed June 22, 2022.x NSC has also created an account on Odysee, which had 447 followers as of June 22, 2022.*NSC-131, Odysee account, accessed June 22, 2022.x