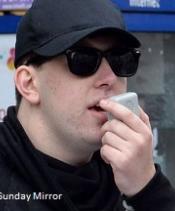 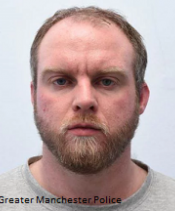 National Action previously used Facebook, Twitter, and VK, but its accounts have since been shut down.* Matt Quinton, “‘THERE WILL BE VIOLENCE’ Vile ‘New Hitler Youth’ threaten gun violence and Jewish genocide as they recruit impressionable supporters online,” Sun (London), December 12, 2016, https://www.thesun.co.uk/news/2377346/vile-new-hitler-youth-threaten-gun-violence-and-jewish-genocide-as-they-recruit-impressionable-supporters-online/. x

The membership size is not determined.

National Action initially targeted students, particularly between the ages of 16 and 25. The group was “a general reaction to the malaise in the current scene of the British right,” according to one of its members.* Lucy Sherriff, “Meet New Neo-Nazi Group National Action Which Just Wants To ‘Piss People Off,’” Huffington Post, June 3, 2014, https://www.huffingtonpost.co.uk/2014/03/06/new-neo-nazi-group-national-action_n_4910260.html?guccounter=1. x An insider told the British Sun newspaper that meetings would attract about 30 “youngsters,” many of whom weren't even old enough to drive or go to bars.* Matt Quinton, “‘THERE WILL BE VIOLENCE’ Vile ‘New Hitler Youth’ threaten gun violence and Jewish genocide as they recruit impressionable supporters online,” Sun (London), December 12, 2016, https://www.thesun.co.uk/news/2377346/vile-new-hitler-youth-threaten-gun-violence-and-jewish-genocide-as-they-recruit-impressionable-supporters-online/. x In June 2016, National Action held a Miss Hitler contest to raise awareness of female white supremacists. The identity of the Scottish woman who won the contest was concealed, but when asked by National Action's website whom she'd like to kill, she responded that she would put German Chancellor Angela Merkel “in one of her camps and let her pet refugees do the rest.”* Rachael Pells, “Scottish woman named 'Miss Hitler 2016' in neo-Nazi beauty pageant,” Independent (London), June 30, 2016, https://www.independent.co.uk/news/uk/scottish-woman-named-miss-hitler-2016-neo-nazi-beauty-pageant-a7112216.html. x

In March 2018, British Member of Parliament Yvette Cooper accused YouTube of complicity for failing to remove a video of a National Action rally from 2016. Cooper flagged the video at least seven times with no action taken by YouTube.* “YouTube attacked over Neo-Nazi National Action video,” BBC News, March 7, 2018, https://www.bbc.com/news/technology-43319975. x