The League of the South has warned supporters about the loss of white, Christian culture in America due to what the group calls the “corrupt and corrupting influence of post-Christian culture in America.”*"League of the South," Southern Poverty Law Center, https://www.splcenter.org/fighting-hate/extremist-files/group/league-south.x In August 2019, League founder and leader Michael Hill declared that America is in the early stages of a “war for white survival.”*Michael Hill, “The War on Whiteness,” League of the South, August 6, 2019, https://leagueofthesouth.com/the-war-on-whiteness/.x He has written that the “Jew-dominated media” and “Jew-dominated White House” condemn any white person who defends himself as a white supremacist.*Michael Hill, “The War on Whiteness,” League of the South, August 6, 2019, https://leagueofthesouth.com/the-war-on-whiteness/.x During the League’s June 2017 national conference in Alabama, former KKK leader David Duke said that there has been a “purposeful destruction of our country” and praised the League’s “glorious leader,” Michael Hill.*Harold Crews, "Dr. David Duke - The Keynote Address," YouTube video, posted July 2, 2017, 1:55:00, https://www.youtube.com/watch?v=ZG_Q3FctE2I; "Dr. David Duke's keynote address," League of the South, accessed August 25, 2017, http://leagueofthesouth.com/dr-david-dukes-keynote-address/.x

In February 2017, the League of the South created the Southern Defense Force to "combat this growing leftist menace to our historic Christian civilization." League of the South founder Michael Hill noted that the League does not promote violence except in "self-defense of life, liberty, and property," but has called on followers to stand ready by building their firearms and hand-to-hand combat skills. Though Hill officially disavowed the use of violence in an offensive capacity, his inflammatory rhetoric threatens to inspire others to violence, as Hill makes vague and provocative statements such as the assertion that whites will "not only fight back, but relish doing so!"*Michael Hill, "Charlotte and negro violence," League of the South, September 22, 2016, http://leagueofthesouth.com/charlotte-and-negro-violence/.x 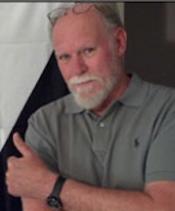 Founder and president*League of the South homepage, accessed August 25, 2017, http://leagueofthesouth.com/.x

In the mid-2000s, the League of the South splintered as many group leaders defected over Hill's increasingly overt racism. However, the group has adapted to internal fissures by mobilizing new followers around mainstream political issues such as immigration and "traditional marriage."*"League of the South," Southern Poverty Law Center, https://www.splcenter.org/fighting-hate/extremist-files/group/league-south.x

At least one member of the League of the South has been linked to political violence and domestic terrorism plots.