Created in 2016, Identity Evropa was a white supremacist group that promoted white European identity and the preservation of white culture based on the concept of "identitarian politics." Identity Evropa claimed to represent a "generation of awakened Europeans" who "oppose those who would defame our history and rich cultural heritage."*Identity Evropa homepage, accessed August 25, 2017, https://www.identityevropa.com/.x In March 2019, Identity Evropa’s leaders announced the closure of the group. They simultaneously announced the formation of a new group called American Identity Movement (AIM), which they said would remain committed to Identity Evropa’s cause while promoting nationalism, identitarianism, non-interventionism, protectionism, and populism.*American Identity Movement, Twitter post, March 10, 2019, 4:46 a.m., https://twitter.com/AIM_America/status/1104664690439962625. x AIM disbanded in November 2020. *“Building Upon Our Success: The Disbanding of AIM,” American Identity Movement, November 2, 2020, https://americanidentitymovement.com/2020/11/02/building-upon-our-success-the-disbanding-of-aim/. x

Eli Mosley, who took over Identity Evropa from Damigo in late August 2017, played a key role in organizing the Unite the Right rally earlier that month in Charlottesville. Encouraged by the perceived success of the rally, Mosley told the media that he planned to organize many more rallies for Identity Evropa.*A.C. Thompson and Karim Hajj, "A New Generation of White Supremacists Emerges in Charlottesville," Pro Publica, August 13, 2017, https://www.propublica.org/article/a-new-generation-of-white-supremacists-emerges-in-charlottesville; Alan Feuer, "Far Right Plans Its Next Moves With a New Energy," New York Times, August 14, 2017, https://www.nytimes.com/2017/08/14/us/white-supremacists-right-wing-extremists-richard-spencer.html?_r=0.x In early December 2017, Mosley resigned and Patrick Casey, a.k.a. Reinhard Wolff, became the group's new CEO. Casey reportedly wanted to distance Identity Evropa from the negative coverage of the Charlottesville rally through more private, invitation-only events rather than large gatherings like Unite the Right. Casey called for more public banner displays and more demonstrations on college campuses, as well as at meet-ups, fitness clubs, and similar communal events.*"The Future of Identity Evropa," 18:45, YouTube video, posted by "Red Ice TV," December 2, 2017, https://www.youtube.com/watch?v=Z-pDq1dGGRU&feature=youtu.be&a=.x Identity Evropa joined a November 2018 lawsuit against the city of Charlottesville claiming city officials violated their rights by not allowing the rally to go forward. Identity Evropa dropped out of the lawsuit the following month. The National Socialist Movement, Traditionalist Worker Party, and rally organizer Jason Kessler remained on the lawsuit.*“White nationalist group dropped from Unite the Right lawsuit,” Daily Progress, December 7, 2018, https://www.dailyprogress.com/news/local/courts/white-nationalist-group-dropped-from-unite-the-right-lawsuit/article_39a3cd76-fa59-11e8-af45-a708e69927ae.html. x

In March 2019, Identity Evropa’s leaders simultaneously announced the organization’s closure and the creation of AIM. Casey said in a press release that Identity Evropa was “held down by baggage accumulated before my tenure.”*American Identity Movement, Twitter post, March 10, 2019, 4:46 a.m., https://twitter.com/AIM_America/status/1104664690439962625. x This is likely a reference to Identity Evropa’s linkage with the Unite the Right rally, from which Casey had previously sought to distance the group. Further, a series of racist and antisemitic Identity Evropa private chat messages leaked from the online chat server Discord earlier that March.*“Neo-Nazi Hipsters Identity Evropa Exposed In Discord Chat Leak,” Unicorn Riot, March 6, 2019, https://unicornriot.ninja/2019/neo-nazi-hipsters-identity-evropa-exposed-in-discord-chat-leak/. x Casey claimed on Twitter that the brand change had been planned for months and had nothing to do with the leaked messages. According to Casey, Identity Evropa focused solely on the promotion of white identity but AIM would expand its focus through a “holistic approach” that would include identitarianism, non-interventionism, nationalism, protectionism, and populism.*Patrick Casey, Twitter post, March 14, 2019, 6:07 p.m., https://twitter.com/PatrickCaseyUSA/status/1106315890864214017. x Casey and AIM have sought to disavow Identity Evropa and “the decisions of former leaders and members,” claiming that Casey had no leadership role in the organization during Charlottesville.*“American Identity Movement responds to far-left SPLC and cohorts,” American Identity Movement, March 15, 2019, https://www.americanidentitymovement.com/american-identity-movement-responds-to-far-left-splc-and-cohorts/. x 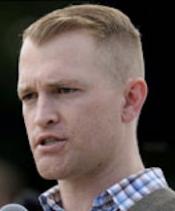 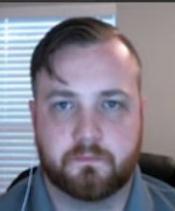 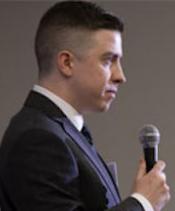 Identity Evropa allegedly had a nationwide membership of 300 as of February 2017, but the group had an increasingly visible presence at national white-supremacy rallies and in the media.* Harry Shukman, “Meet the neo-Nazi coming to put up white pride posters on your campus,” The Tab, February 13, 2017, http://thetab.com/us/2017/02/15/nathan-damigo-identity-evropa-60697.x

Identity Evropa focused its propaganda and recruitment efforts primarily on university campuses, where it sought to start student groups. In 2017, Identity Evropa propaganda appeared on more than 30 college campuses.*Patrick Cines, "White 'Identitarian' Group Identity Evropa Considers Seeking Student Org Representation," Onward State, April 13, 2017, https://onwardstate.com/2017/04/13/meet-the-white-identitarian-group-here-at-penn-state-thats-growing-in-numbers/; "ADL: White Supremacists Making Unprecedented Effort on U.S. College Campuses to Spread Their Message, Recruit," Anti-Defamation League, April 24, 2017, https://www.adl.org/news/press-releases/adl-white-supremacists-making-unprecedented-effort-on-us-college-campuses-to.x The group's membership form invites those U.S. residents "of European, non-Semitic heritage" to join its ranks. Applicants "ready to make a real difference for the future of our people" are interviewed over video conference call.*"Join Us," Identity Evropa, accessed August 25, 2017, https://www.identityevropa.com/apply.html.x The group used as its logo an old European design of a dragon's eye with a "Y" inside, which it claims represents the choice between good and evil.*Matt Pearce, "A guide to some of the far-right symbols seen in Charlottesville," Los Angeles Times, August 14, 2017, http://www.latimes.com/nation/la-na-far-right-symbols-20170814-story.html.x

AIM portrayed itself as a patriotic American organization that sought to protect the American cultural identity. The group’s language in its propaganda specifically promoted American nationalism and referenced ideas such as “the preservation of America’s historical demographics in the face of mass immigration” and protecting “American industry and workers, rather than benefit globalist interests.”*“Five Principles,” American Identity Movement, accessed April 17, 2020, https://americanidentitymovement.com/five-principles/. x AIM adopted patriotic colors and symbolism in its propaganda. Its logo featured a bald eagle and shield decorated with stars colored in red, white, and blue. AIM created flyers and shirts with its logo and other imagery reminiscent of U.S. propaganda during World War II.* Patrick Casey, Twitter post, March 9, 2019, 4:13 a.m., https://twitter.com/PatrickCaseyUSA/status/1104309239483375616; Patrick Casey, Twitter post, March 9, 2019, 1:43 a.m., https://twitter.com/PatrickCaseyUSA/status/1104271417233805313. x AIM’s language was couched in patriotism. It used slogans such as “Defend America!” to promote its anti-immigration positions. The group proudly displayed American flags to give the illusion that they were supporting the country rather than xenophobia.*“AIM’s incredible first demonstration,” American Identity Movement, March 12, 2019, https://www.americanidentitymovement.com/category/activism/. x AIM claimed to reject extremism, political violence, and all forms of supremacy in favor of “peacefully and lawfully” effecting change through activism and popular protest.*“About AIM,” American Identity Movement, accessed March 19, 2019, https://www.americanidentitymovement.com/about/. x Despite its claims of rejecting supremacy, AIM’s rhetoric firmly supported the preservation of what it considers to be the white identity of America.*“Five Principles,” American Identity Movement, accessed April 17, 2020, https://americanidentitymovement.com/five-principles/. x

AIM also allegedly attempted to use fake Twitter accounts to promote hate toward the group’s ideological opponents. Following the death of black man George Floyd by a white police officer in Minnesota in May 2020, protests spread across the United States and often devolved into violent riots. In late May, a Twitter account called @ANTIFA_US called for further violence. The account claimed to belong to a national organization representing the far left antifa movement, which U.S. President Donald Trump declared should be designated as a terrorist organization for instigating violence during the protests. The Twitter account released tweets such as “Tonight we say ‘F--- The City’ and we move into the residential areas... the white hoods.... and we take what’s ours…” Twitter suspended the account after it called for violence, but an investigation by Twitter found that the account was actually linked to AIM, not antifa, in an attempt to sow further public division and opposition to antifa. Though Identity Evropa transitioned to AIM in 2019, Twitter specifically linked the fraudulent account was affiliated with Identity Evropa. According to Twitter, the account violated the platform’s policy against platform manipulation and spam. *Ben Collins, Brandy Zadrozny, and Emmanuelle Saliba, “White nationalist group posing as antifa called for violence on Twitter,” NBC News, June 1, 2020, https://www.nbcnews.com/tech/security/twitter-takes-down-washington-protest-disinformation-bot-behavior-n1221456; Nicholas Bogel-Burroughs and Sandra E. Garcia, “What Is Antifa, the Movement Trump Wants to Declare a Terror Group?,” New York Times, May 31, 2020, https://www.nytimes.com/2020/06/02/us/what-antifa-trump.html.x Twitter had previously suspended both AIM and Identity Evropa’s accounts. AIM denied the allegations and called the individual in question an Internet troll who never belonged to Identity Evropa or AIM.*“Past CEO of Identity Evropa – Twitter’s Claims About Identity Evropa and Fake Antifa Account Are False and Irresponsible,” American Identity Movement, June 2, 2020, https://americanidentitymovement.com/2020/06/02/twitters-claims-about-identity-evropa-and-fake-antifa-account-are-false-and-irresponsible/.x