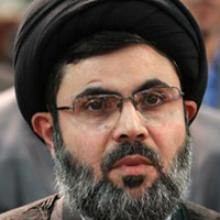 “Western countries today are troubled and confused in light of the ongoing changes and they are moving in their way to collapse.”“Sayyed Safi al-Din: Who Wanted to Isolate Resistance is Isolated,” Islamic Invitation Turkey, September 17, 2011, http://www.islamicinvitationturkey.com/2011/09/17/sayyed-safi-al-din-who-wanted-to-isolate-resistance-is-isolated/. 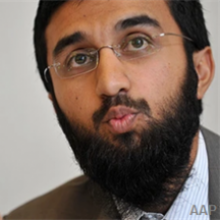 “You have no business in interfering with the people of the Muslim world. Military occupation should be resisted militarily. People there have a right to resist.”Tim Vollmer, “Australian Troops ‘fair game’ for Muslims in war on Afghanistan, Hizb ut-Tahrir believe,” Daily Telegraph (Sydney), July 4, 2011, http://www.dailytelegraph.com.au/australian-troops-fair-game-for-muslims-in-war-on-afghanistan-hizb-ut-tahrir-believe/story-e6freuy9-1226086675320. 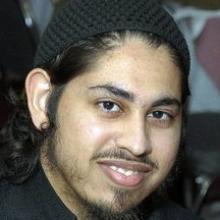 “Democracy to the Muslims is shirk (sin of idolatry in Islam) because, quite frankly, how can anyone vote on whether or not to establish the law of Allah? Allah’s shari‘ah is the sole valid law as He says: ‘The rule is for Allah alone’ [12: 67]. The principles of democracy are laid upon what the majority desire. What if the majority are sinful and vote against the shari‘ah? Does that mean we abandon shari‘ah for man-made laws?... Muslims are required to reject the modern day idol of democracy just as Prophet Ibrahim, peace be upon him, rejected the idols of his time.”Samir Khan, “Sadness, Contentment & Aspiration,” Inspire Magazine 6 (2011): 49-50.

“Today [the Egyptian] people have found themselves in a new dilemma. Sure, the enemy may have left the seat of authority, but you now are faced with a complex interconnection between what is democratically acceptable and what is Islamically acceptable... It is the shari‘ah way that will always lead to success in this life and the next no matter the trials.”  Samir Khan, “The Egyptian,”Inspire Magazine 5 (2011): 45-46.

“The U.S. is an empire of vain desires, one which under the guise of liberty permits and spreads every crime, sin, and deviation from proper human nature. The U.S. and the West permit freedom of expression about all forms of apostasy and corruption; they permit everything, except telling a truth that brings shame upon them. The U.S.'s open corruption takes place at the highest level – that is, [at the level of] the president of the U.S. himself, who has approved a law permitting homosexuals to join the military, a matter that demonstrates the level of degeneration to which this people has sunk… Steven Stalinsky, “American-Yemeni Al-Qaeda Cleric Anwar Al-Awlaki Highlights the Role and Importance of Media Jihad, Praises Al-Jazeera TV Journalists and WikiLeaks,” Middle East Media Research Institute, March 15, 2011, http://www.memri.org/report/en/0/0/0/0/0/0/5096.htm.

“Western intelligence agencies are searching for a mentally challenged person who can set himself on fire in Tehran to trigger developments like those in Egypt and Tunisia.”Saeed Kamali Dehghan, “Iran Protests See Reinvigorated Activists Take to the Streets in Thousands,” Guardian (London), February 14, 2011, http://www.theguardian.com/world/2011/feb/14/iran-protests-reinvigorated-activists.

“They [the West] are very retarded and think by imitating such actions they can emerge victorious.”Saeed Kamali Dehghan, “Iran Protests See Reinvigorated Activists Take to the Streets in Thousands,” Guardian (London), February 14, 2011, http://www.theguardian.com/world/2011/feb/14/iran-protests-reinvigorated-activists.

“The West has been plundering our wealth for centuries. Now is the time for payback. In Sha’Allah (God willing), the chickens will come home to roost.”Anwar al-Awlaki, “The Ruling on Dispossessing the Disbelievers wealth in Dar al-Harb,” Inspire Magazine 4 (2010): 60.

“In the case of the United States, both the government and private citizens should be targeted. America and Americans are the Imam’s of kufr (disbelievers) in this day and age. The American people who vote for war mongering governments are intent on no good. Anyone who inflicts harm on them in any form is doing a favor to the ummah.”Anwar al-Awlaki, “The Ruling on Dispossessing the Disbelievers wealth in Dar al-Harb,” Inspire Magazine 4 (2010): 59.

“It is the mujahidin who are fighting America which is supporting Israel and are fighting their way to get through to Israel, and the ones that are standing in the way of the mujahidin and fighting Israel is the Arab states. Allah has blessed the mujahidin from ahl as-sunnah to strike rockets at variant times at Israel under the instruction of Shaykh Usama.”“Q&A with Shaykh Adil al-Abbab,” Inspire Magazine 4 (2010): 22.