YouTube’s Algorithms Are Radicalizing Youth Faster Than Ever

Facilitates Circulation of Extremist Content to Millions of Young People, One Video at a Time

While Facebook often takes the brunt of criticism for their lackadaisical content moderation policies, as Data & Society’s Becca Lewis recently wrote in an op-ed for NBC News, YouTube also plays a role in online extremism. For example, when viewing videos on the website, many young adults are exposed to a slew of influential YouTubers who build relationships with their audiences through live broadcasts, reacting to their views in real time and interacting with them via chat features. These accounts can garner thousands of dollars in one broadcast. And upon the conclusion of one video, YouTube’s recommendation algorithm serves up more radicalizing content on a silver platter. According to associate professor Zeynep Tufekci at the University of North Carolina at Chapel Hill School of Information and Library Science, that makes it “easy to expose viewers to incrementally more extremist content.”

As the Counter Extremist Project (CEP) reported in August, a user searching for extremist material on YouTube was four times more likely to encounter extremist material than counter-narratives. These findings highlighted the glaring insufficiencies of Google’s “Redirect Method Pilot Program,” a program designed with the intent to direct users searching for ISIS-related content on YouTube instead to counter-narrative videos. Google’s unsuccessful redirection program on YouTube further illustrates the dangers and plausibility of young users finding easy access to radicalization videos with little or no alternative content to expose them to other schools of thought. Even with attempted back-stops in place to try and redirect users, it is still far too easy for a YouTube user to access extremist and radicalizing content.

And once someone is radicalized, it isn’t hard for them to find pro-ISIS content online. Last week, many threatening images appeared on a pro-ISIS Telegram channel, targeting Australia, Iran and other public gatherings. Rudimentary and low-cost, the threats are essentially free publicity for the group – allowing for wide-spread fear mongering and the mobilization of radicalized individuals to commit violent attacks. Similarly, the tenth version of ISIS’s Al Hayat Media Center’s video “Harvest of the Soldiers,” was released. The video boasts of the deaths and injuries caused by the terrorist group and has updates with weekly statistics. Though it is basic, it is another simple and effective way for ISIS’s media operation to demonstrate the group’s various tactics and dynamic methods of inflicting harm. The video was released on at least 12 sites, including Telegram, Google Drive, Google Photos, Dailymotion, Dropbox and more.  Even two hours after the video’s release, it was still available on all websites except for Dailymotion.

Image Based Threats On Pro-ISIS Telegram

Several images targeting Australia, Iran and public gatherings have appeared from different sources on pro-ISIS Telegram channels in the past week. These threats are a low-cost method of attempting to gain publicity for the group, spreading fear and seeking to persuade others to commit attacks. 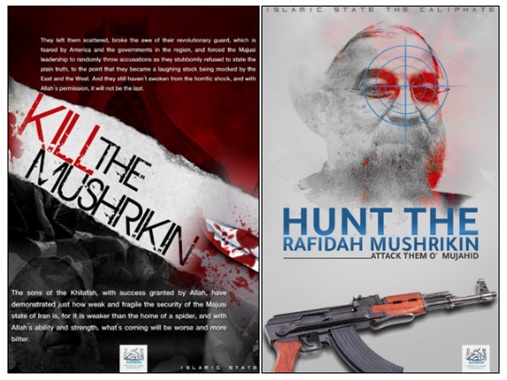 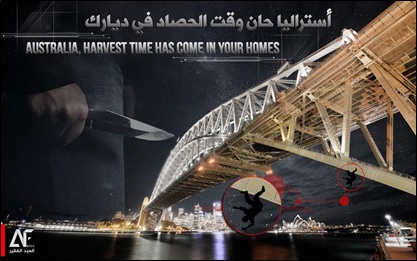 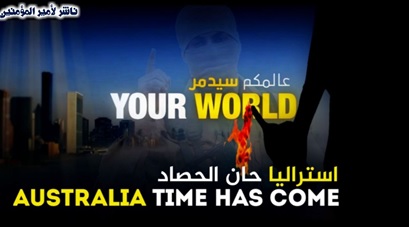 Threat To Australia, By Unknown Pro-ISIS Group. Located On Telegram On October 4, 2018. 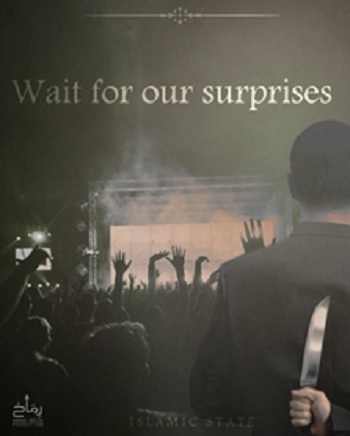 Call For Attacks At Concerts/Public Gatherings By Pro-ISIS Remah Media. Located On Telegram On October 4, 2018.

A pro-ISIS media site, al Ghuraba (the Strangers) at tawhid.website, hosts ISIS propaganda videos, photos, speeches and texts. The site uses Cloudflare as the nameserver. According to the WHOIS database, the site was registered on July 25, 2018.  It is regularly updated. 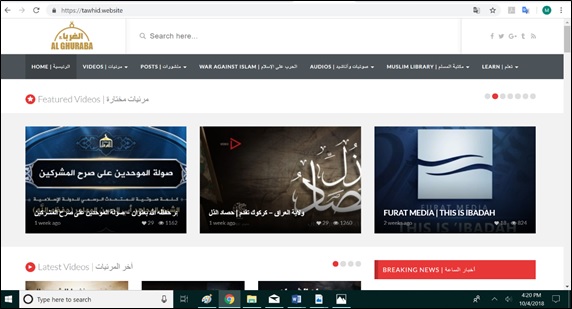 Tenth Version Of ISIS Video “Harvest Of The Soldiers” Released

On Thursday, October 4, 2018, ISIS’s Al Hayat Media Center released their tenth version of the video “Harvest of the Soldiers,” which lists the deaths and injuries inflicted by the terrorist group as a form of a progress report. Each version of the video uses the same computer-generated graphics, with different weekly statistics. The video, while basic, is a further attempt at outreach by ISIS’s media operation to make the group appear dynamic. The video also includes information on vehicles/equipment, and homes and farms destroyed, as well as the different types of attacks conducted (assassinations, suicide bombings, etc.).

In addition to Telegram, the video was released on at least 12 websites, including Google Drive, Google Photos, Sendvid, file.fm, Streamable, ok.ru, Dailymotion, mail.ru, Dropbox, the Internet Archive, upmlf and Gulfupload. Approximately two hours after the video was uploaded it was still available on all websites except for Dailymotion. 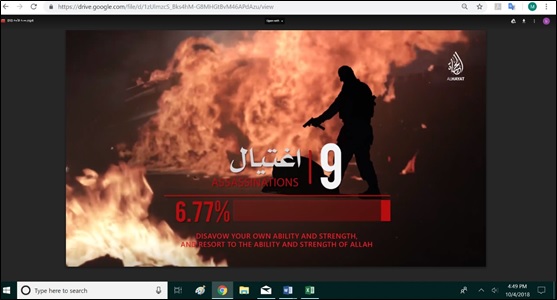 “Harvest Of The Soldiers 10” On Google Drive, October 4, 2018, Approximately Two Hours After The Video Was Uploaded.

YouTube Guides Users From One Extremist Video To The Next, Slowly Radicalizing Them. “Instead, YouTube audiences are at risk of radicalization by influential figures who gain viewer trust through long-term, one-sided relationships with audiences. Influencers broadcast the minutiae of their lives, react to their viewers in real time and talk to them through interactive chat features – on channels that can net thousands of dollars in a single broadcast. Like other YouTubers, members of this alternative influence network strive to make their content lighthearted and fun, with what they present as a sensible message of rebellion. And this sometimes leads new viewers gently toward the viciously racist, sexist and homophobic content that maximizes viewership and donations. Zeynep Tufekci, an associate professor at the UNC School of Information and Library Science, has argued YouTube’s recommendation algorithm makes it easy to expose viewers to incrementally more extremist content. We argue that the same holds true for content collaborations: Content creators work together to reach new audiences, exploiting a mix of search engine optimization and media hype. Comparatively moderate influencers appear alongside or sequentially with those espousing more openly extremist views, which the more mainstream figures in turn help normalize.” (Becca Lewis, “Forget Facebook, YouTube Videos Are Quietly Radicalizing Large Numbers Of People – And The Company Is Profiting,” NBC News, 10/5/18)