(New York, N.Y.) — The Counter Extremism Project (CEP) reports weekly on the methods used by extremists to spread propaganda, recruit followers, and incite violence on popular social media platforms in order to hold companies accountable for failures to prevent the dissemination of extremist and terrorist content.

Other profiles that CEP located on December 14 posted anti-black, anti-Muslim, and antisemitic content, including memes, drawings, and video clips. Accounts also made posts promoting Holocaust denial, neo-Nazism, and advocating for violence against Jews. One account that uploaded a large quantity of neo-Nazi content promoted James Mason’s book Siege. Three accounts posted propaganda from the Atomwaffen Division, one of which linked to a Holocaust denial video on another platform in the profile description. Another account posted memes promoting attacks on electrical infrastructure. 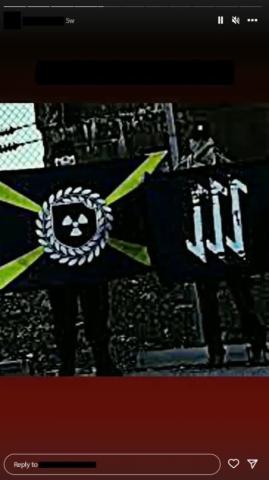 The accounts had between zero and 9,475 followers, with an average of 880. The profile that posted the video containing footage from the Christchurch attack had over 50 followers.