(New York, N.Y.) – The Counter Extremism Project (CEP) reports weekly on the methods used by extremists to exploit the Internet and social media platforms to recruit followers and incite violence. CEP researchers located a new self-published novel on Amazon from an American extreme right-wing ecofascist troll who promotes violent accelerationism, racism, homophobia, misogyny, and antisemitism. A video trailer for the novel has also appeared on YouTube, and the book has been heavily promoted on Telegram.

CEP also located two new ISIS websites, including another one on Google-Owned Blogger/Blogspot, both of which contain violent propaganda. Additionally, an online ISIS supporter was found using an online chat to promote the use of the privacy cryptocurrency Monero. On Telegram, a neo-Nazi accelerationist collective released a book that advocates for acts of terrorism against the government, non-whites, and religious minority groups. Additionally, multiple white supremacist Telegram channels celebrated the sixth anniversary of the murder of nine people by white supremacist Dylann Roof at Emanuel AME Church in Charleston, South Carolina.

On June 15, an American extreme right-wing ecofascist troll released a new second self-published novel on Amazon. The author’s first book, which was released in 2019 and is widely shared on white supremacist and neo-Nazi websites and Telegram channels, endorses and promotes violent accelerationism, racism, homophobia, misogyny, and antisemitism. The first novel includes a fantasy of committing a massacre at a gay nightclub and calls Asians “an affront to God.”

The book was one of the texts found in possession of Coleman Thomas Blevins, an alleged white supremacist reportedly planning a mass shooting at a Texas Walmart. The author announced the second novel on his website and a promotional YouTube video linked to the book’s Amazon page. The YouTube video had over 2,500 views within 24 hours of being posted. The novel was promoted on at least 16 different white supremacist Telegram chats and channels and on a channel that was specifically made to advertise the book.

The week of June 13 to June 19, CEP researchers located two pro-ISIS websites. The first, on the Google-owned Blogger/Blogspot platform, contained ISIS propaganda photos, Amaq News updates, and links to ISIS content on other websites. The week prior, CEP also found a pro-ISIS website on Blogger/Blogspot, which contained diagrams for making explosives, as well as ISIS propaganda content.

CEP researchers also located a pro-ISIS website on the free “rf.gd” domain. The site contains numerous violent propaganda videos, including recently released content, editions from the official ISIS weekly newsletter al-Naba, and ISIS Amaq news updates and photosets. CEP last found a pro-ISIS website on the “rf.gd” domain the week of May 23 to May 29. 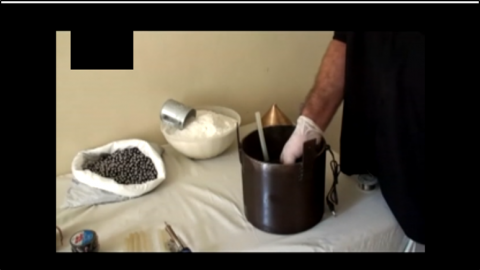 An online ISIS supporter promoted the use of the privacy cryptocurrency Monero in an online chat for supporters of the terrorist group. The individual stated that Monero was superior to Bitcoin because of the former’s privacy features and posted a website that contained information about the cryptocurrency. In June 2020, a notorious pro-ISIS propaganda website changed its cryptocurrency requests from Bitcoin to Monero.

On June 16, a neo-Nazi accelerationist collective released a book on Telegram that advocates for acts of terrorism against the government, non-whites, and religious minority groups. The work, which is over 130 pages long, is heavily inspired by the book Siege by James Mason and books on guerilla warfare and terrorism, and notorious “Terrorgram” Telegram channels. The text explicitly calls for acts of violence, including individual acts of white supremacist terrorism in the vein of Brenton Tarrant and others. The authors also endorse attacks targeting law enforcement, Jews, and people of color, and attacks on infrastructure, hoping that they will weaken the government and social order. The book also included works of fiction and art and illustrations in several styles meant to appeal to young men on Telegram, imageboards, and other online forums.

The book was released on a dedicated Telegram page on June 16, with the files forwarded from a private and, therefore, inaccessible channel. Within approximately 24 hours, the document was shared by at least 35 different Telegram chats and channels, including channels claiming to represent accelerationist networks in the United Kingdom, Germany, Poland, Hungary, and Croatia.