Hosts and Assists Radicals By Offering Refuge and Support

U.S.-sanctioned terrorist groups, including Hezbollah, al-Qaeda, and Hamas, are believed to recruit, plan attacks, and fundraise in the Tri-Border Area (TBA), and within Brazil specifically.

Numerous terrorist groups operate in Brazil’s southwest near its border with Argentina and Paraguay, also known as the Tri-Border Area (TBA) of South America. U.S.-sanctioned terrorist groups, including Hezbollah and al-Qaeda, are believed to recruit, plan attacks, and fundraise in the TBA with the knowledge of local authorities.Pablo Gato and Robert Windrem, “Hezbollah builds a Western base,” NBC News, May 9, 2007, http://www.nbcnews.com/id/17874369/ns/world_news-americas/t/hezbollah-builds-western-base/#.WmIxwq6nG71; “TERRORIST AND ORGANIZED CRIME GROUPS IN THE TRI-BORDER AREA (TBA) OF SOUTH AMERICA,” Library of Congress, last updated December 2010, https://www.loc.gov/rr/frd/pdf-files/TerrOrgCrime_TBA.pdf. Brazil specifically has harbored terrorist operatives and financiers from Hezbollah and al-Qaeda.

CEP is calling on Brazil to arrest, expel, or otherwise cut off support to the following sanction-designated or wanted individuals: 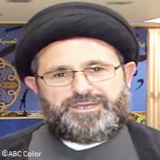 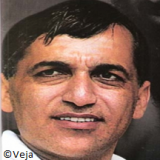 Further, Brazil should clarify Hezbollah’s status as a terrorist organization in order to empower law enforcement to arrest Hezbollah agents and disrupt the Lebanese terror group’s financial and planning operations in Brazil. Prior to 2016, Brazil had no legislation defining terrorism.“Brazil: New Anti-Terrorism Law Enacted,” Library of Congress, April 15, 2016, http://www.loc.gov/law/foreign-news/article/brazil-new-anti-terrorism-law-enacted/; “Country Reports on Terrorism 2015 – Brazil,” U.S. Department of State, June 2016, https://www.state.gov/documents/organization/258249.pdf. As of February 2017, Brazil had sanctioned only ISIS, al-Qaeda, and the Taliban.“Government publishes rules on blocking assets of persons convicted of terrorism,” Presidency of the Republic of Brazil, February 3, 2017, http://www.brazilgovnews.gov.br/news/2017/02/government-publishes-rules-on-blocking-assets-of-persons-convicted-of-terrorism. That September, the BRICS countries—Brazil, Russia, India, China, and South Africa—released a joint statement naming seven terrorist organizations, including ISIS and al-Qaeda. However, Hezbollah was not listed.Louise Watt, “BRICS countries express concern over several terror groups,” Associated Press, September 4, 2017, https://www.apnews.com/8d2b7452c8af466683ab0adc8c0592cf/BRICS-countries-express-concern-over-several-terror-groups.

The U.S.-designated Lebanon-based, Iranian-backed terrorist group has reportedly operated out of South America’s TBA since the mid-1980s. The group is believed to recruit from a sizable local population of Lebanese immigrants, who arrived in South America after both the 1948 Arab-Israeli war and the Lebanese civil war.Matthew Levitt, “South of the Border, A Threat From Hezbollah,” Washington Institute for Near East Policy, Spring 2013, http://www.washingtoninstitute.org/policy-analysis/view/south-of-the-border-a-threat-from-hezbollah. Brazil has not designated Hezbollah as a terrorist organization, hindering the ability of Brazilian authorities to rein in the group’s operations in the country.“Government publishes rules on blocking assets of persons convicted of terrorism,” Presidency of the Republic of Brazil, February 3, 2017, http://www.brazilgovnews.gov.br/news/2017/02/government-publishes-rules-on-blocking-assets-of-persons-convicted-of-terrorism. According to a 2013 criminal complaint focused on the 1994 AMIA bombing in Argentina, the Iranian government has employed agents in Brazil and other South American countries in order to expand its influence.“Nisman report (dictamina) on sleeper cells – Brief Summary,” March 4, 2015, http://albertonisman.org/nisman-report-dictamina-on-sleeper-cells-brief-summary/.

(Hosts and Assists Radicals By Offering Refuge and Support)

Numerous terrorist groups operate in Brazil's southwest near its border with Argentina and Paraguay. The region, known as the Tri-Border Area (TBA) of South America, is considered a hotspot for criminal and terrorist activity. U.S.-sanctioned terrorist groups, including Hezbollah, al-Qaeda, and Hamas, are believed to recruit, plan attacks, and fundraise in the TBA.

Brazilian security forces are aware of members of Hezbollah and al-Qaeda residing in Brazil, but have not arrested these individuals.

Sign to stand with us and demand Brazil expels these extremist leaders.

In October 2014, Lebanese citizen Muhammad Ghaleb Hamdar was arrested in Lima, Peru. He was charged with conspiracy to commit terror after authorities found explosive materials and photos of...