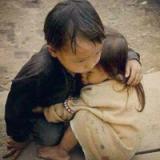 Preeing uses Twitter as a platform to disseminate information on jihadist groups in Iraq and Syria. He disdains homosexuality but promotes polygamy and beheadings. In August 2014, he called for the beheading of Ayaan Hirsi Ali, a critic of Islam. He tweeted, “Ayan ali hirsi is at it again saying Netanyahu deserves a nobel prize. someone should behead this woman.”Twitter post, August 4, 2014, 7:01 a.m., https://twitter.com/preeingmostly_/status/496294838242136065.

Preeing criticized the May 2015 “draw Muhammad” cartoon contest held in Garland, Texas, by controversial blogger Pamela Geller. The contest was met with an attack by two Islamist gunmen who were shot and killed on the scene.Catherine Shoichet and Michael Pearson, “Garland, Texas, shooting suspect linked himself to ISIS in tweets,” CNN, May 4, 2015, http://www.cnn.com/2015/05/04/us/garland-mohammed-drawing-contest-shooting/. Preeing tweeted just three hours after the attack calling for muwahidin [jihadists] to take more violent action in response to the contest.Twitter post, May 3, 2015, 8:00 p.m., https://twitter.com/preeingmostly_/status/595060382772948992.

CEP suspects that Preeing operates out of ISIS-controlled territory.