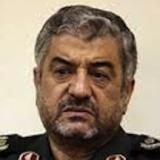 Since 2007, Mohammad Ali Jafari has been the commander* of the Islamic Revolutionary Guard Corps (IRGC), Iran’s primary instrument for defending the Islamic Republic against internal and external threats.

Jafari believes in Iran’s military superiority and has been a vocal critic of the West. Jafari has boasted that Iran will send its enemies “to the depths of the sea.”Nazila Fathi, “Iran Escalates Military Rhetoric,” New York Times, August 5, 2008, http://www.nytimes.com/2008/08/05/world/africa/05iht-05iran.15003614.html. He believes the ultimate goal of Iran’s Islamic Revolution is to create an Islamic civilization and that the IRGC will carry out this goal.Thomas Erdbrink, “Iranian General Says Saudi Arabia Will Soon Be Toppled,” New York Times, April 27, 2015, http://www.nytimes.com/2015/04/28/world/middleeast/iranian-general-says-saudia-arabia-will-soon-be-toppled.html?ref=world. In January 2014 amid ongoing negotiations on the Iranian nuclear deal, Jafari told Iranian-owned Fars News Agency that then-U.S. Secretary of State John Kerry “must know that direct battle with the US is the biggest dream of pious and revolutionary people across the world. Your threats offer our revolutionary people the best opportunity.”“IRGC Commander: Iran to Give Crushing Response to Enemy’s Aggression,” Fars News Agency, January 26, 2014, http://english.farsnews.com/newstext.aspx?nn=13921106000769.

In April 2019, Khamenei removed Jafari from the post of commander of the Revolutionary Guards. There was no reason specified for the removal of Jafari in the official press release issued by the IRGC. Khamenei replaced Jafari with Brigadier General Hossein Salami, whom he promoted and appointed as IRGC chief.Rick Gladstone, “Iran's Supreme Leader Replaces Head of Revolutionary Guards,” New York Times, April 22, 2019, https://www.nytimes.com/2019/04/21/world/middleeast/iran-revolutionary-guards-leader.html. Khamenei reassigned Jafari to the position of director of the Hazrat-e Baqiatollah Social and Cultural Base, where he will aid “the second step of the revolution,” according to Khamenei.“IRGC commander leaves sooner than expected,” Al-Monitor, April 22, 2019, https://www.al-monitor.com/pulse/originals/2019/04/iran-irgc-new-commander-jafari-salami-khamenei-trump.html. In the weeks prior to this announcement, U.S. President Donald Trump classified the IRCG as a foreign terrorist organization, and therein imposed economic and travel sanctions on members and affiliated groups.“Statement from the President on the Designation of the Islamic Revolutionary Guard Corps as a Foreign Terrorist Organization,” The White House, April 8, 2019, https://www.whitehouse.gov/briefings-statements/statement-president-designation-islamic-revolutionary-guard-corps-foreign-terrorist-organization/. Ahead of ahead of the U.S. designation of the IRGC, Jafari promised retaliation if the U.S. government followed through. Media analysts speculated that Jafari made Iran look weak when the United States moved forward with the designation, possibly spurring the change in leadership of the IRGC.Amir Toumaj, Twitter post, April 21, 2019, 11:50 a.m., https://twitter.com/AmirToumaj/status/1119991697545601024; “IRGC commander leaves sooner than expected,” Al-Monitor, April 22, 2019, https://www.al-monitor.com/pulse/originals/2019/04/iran-irgc-new-commander-jafari-salami-khamenei-trump.html.

The European Union sanctioned “Mohammad Ali Jafari” on June 23, 2011 for involvement in providing equipment and support to help the Syrian regime suppress protests in Syria.“Council Decision 2013/255/CFSP of 31 May 2013 Concerning Restrictive Measures against Syria,” Official Journal of the European Union, June 1, 2013, http://eur-lex.europa.eu/legal-content/EN/TXT/PDF/?uri=CELEX:32013D0255&qid=1414783825631&from=EN.