On September 28, 2020, two Katyusha rockets targeted U.S. troops stationed at Baghdad’s airport, but fell short, striking a house. The impact killed two women and three children and wounded two other children. Iraqi intelligence blamed a small group of Iran-backed fighters.
The Western powers are, in fact, a mafia. The mafia is headed by the Zionists, the prominent Jewish merchants, and their subordinate politicians. They are scattered everywhere. This is the essence of Western power.
Ayatollah Ali Khamenei, Iranian Supreme Leader July 2, 2022 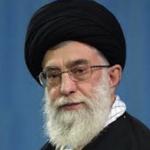 On September 26, 2019, the Taliban ambushed security outposts in three districts across Afghanistan—Pashton Kot, Darzab, and Dara-e-Suf. At least 22 officers were killed and 16 others were wounded in the attacks.

On September 23, 2021, the Houthis began a siege on Marib’s al-Abdiyah district, sparking a humanitarian crisis as the rebels blocked medical and other humanitarian aid. Aid workers on the ground accused the Houthis of committing genocide by denying access to humanitarian organizations and shelling hospitals and other vulnerable civilian targets.
Quds Day will continue until you are annihilated. The resistance axis is stronger than ever before, and it will not stop until it annihilates you. This is the main message of Quds Day, from the throats of all the Muslis in the world, from Iran to all over the world.
Brigadier General Ismail Ghaani, Head of IRGC-Quds Force Apr. 29, 2022 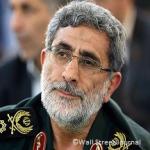 On September 21, 2018, suspected Ahlu Sunnah Wal Jamaah (ASWJ) militants ambushed Paqueue village in Northern Mozambique, killing at least 21 people and injuring another 15.
We believe that the earth should be solely populated by the Aryan race. We require all members to be armed and ready at a moment’s notice.
National Socialist Order (NSO), NSO Website Jan. 2022 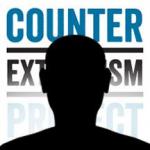