Far-left extremism in the United States largely centers around the notion of correcting an injustice but is otherwise broad in its ideological catchment. In the 20th century, U.S. left-wing extremism was synonymous with either communism or causes such as environmentalism. In the 1960s and ’70s, the Weather Underground declared war against the U.S. government and carried out a campaign of political violence.*Arthur M. Eckstein, “How the Weather Underground Failed at Revolution and Still Changed the World,” Time, November 2, 2016, http://time.com/4549409/the-weather-underground-bad-moon-rising/.x According to the FBI, far-left extremism in the United States was most active during the period between the 1960s and 1980s. Special-interest extremism began to emerge on the far-left in the 1990s, resulting in the promulgation of groups such as the Animal Liberation Front (ALF) and Earth Liberation Front (ELF). The FBI estimated that between 1996 and 2002, these two groups were responsible for 600 criminal acts in the United States that caused more than $42 million in damages.*Testimony of Dale L. Watson, Executive Assistant Director, Counterterrorism/Counterintelligence Division Federal Bureau of Investigation, Before the Senate Select Committee on Intelligence, Washington, DC, FBI, February 6, 2002, https://archives.fbi.gov/archives/news/testimony/the-terrorist-threat-confronting-the-united-states.x

Throughout the 1990s and early 2000s, ALF and ELF targeted animal research facilities and corporations for acts of vandalism and destruction of property. After the September 11, 2001, terrorist attacks, the U.S. government reevaluated how it approached terrorism abroad and at home. While the government focused on al-Qaeda as the primary foreign threat, federal authorities—partly in response to government lobbying by corporations victimized by ecoterrorists—considered ALF and ELF to be the primary domestic terrorism threat in what media dubbed the Green Scare.*Alleen Brown, “The Green Scare,” Intercept, March 23, 2019, https://theintercept.com/2019/03/23/ecoterrorism-fbi-animal-rights/; Juliet Eilperin, “As eco-terrorism wanes, governments still target activist groups seen as threat,” Washington Post, March 10, 2012, https://www.washingtonpost.com/national/health-science/as-eco-terrorism-wanes-governments-still-target-activist-groups-seen-as-threat/2012/02/28/gIQAA4Ay3R_story.html; Testimony of Dale L. Watson, Executive Assistant Director, Counterterrorism/Counterintelligence Division Federal Bureau of Investigation, Before the Senate Select Committee on Intelligence, Washington, DC, FBI, February 6, 2002, https://archives.fbi.gov/archives/news/testimony/the-terrorist-threat-confronting-the-united-states.x By 2010, however, federal authorities had shifted their domestic focus to the threat of the far right, which continued to overshadow the radical far left in violent attacks while ALF and ELF focused on property damage.*Kristina Davis, “Ecoterror arsons unsolved 10 years later,” San Diego Union-Tribune, September 14, 2013, https://www.sandiegouniontribune.com/news/public-safety/sdut-ecoterror-arsons-elf-fbi-2013sep14-htmlstory.html; Alleen Brown, “The Green Scare,” Intercept, March 23, 2019, https://theintercept.com/2019/03/23/ecoterrorism-fbi-animal-rights/.x A July 2020 report by the Center for Strategic and International Studies (CSIS) reviewed almost 900 politically motivated attacks since 1994. Researchers found that far-left attacks had resulted in only one fatality in that 25-year span, compared with 329 fatalities in attacks by the far right.*Lois Beckett, “Anti-fascists linked to zero murders in the US in 25 years,” Guardian (London), July 27, 2020, https://www.theguardian.com/world/2020/jul/27/us-rightwing-extremists-attacks-deaths-database-leftwing-antifa.x In recent years, however, the radical far left has seen a resurgence in response to the rise of the far right, particularly since the 2017 Unite the Right rally in Charlottesville, Virginia, when far-right protesters clashed with far-left counter-protesters. A revitalized American far left has emerged to lead protest movements against the far right and perceived injustices. Armed groups such as the John Brown Gun Club formed to directly confront the violent far right and a broad interpretation of fascism, which often include symbols of capitalism and corporations. These manifestations have been on display during 2020 protests against police brutality, during which the far left have become increasingly visible and destructive, leading President Donald Trump in May 2020 to call for designating the broad anti-fascist ideology Antifa a terrorist organization.*“Antifa: Trump says group will be designated ‘terrorist organization,’” BBC News, May 31, 2020, https://www.bbc.com/news/world-us-canada-52868295.x

The president’s desire to label Antifa a terrorist organization highlights the problematic nature of modern far-left groups in the United States, which are largely less organized than their predecessors. During the mid- to late 20th century, far-left groups dedicated to causes such as Puerto Rican independence carried out bombings and other violent attacks across the United States. By the 1990s, however, authorities had largely dismantled the leadership infrastructure of these groups.*Testimony of Dale L. Watson, Executive Assistant Director, Counterterrorism/Counterintelligence Division Federal Bureau of Investigation, Before the Senate Select Committee on Intelligence, Washington, DC, FBI, February 6, 2002, https://archives.fbi.gov/archives/news/testimony/the-terrorist-threat-confronting-the-united-states.x Today, the far left largely coalesces around ideologies and not specific individuals or structured organizations. Antifa and black bloc, for example, are centered around a broad opposition to fascism but are otherwise left open for individual interpretation, which results in varying tactics and even beliefs among adherents who may disagree on what is included under the fascist label. There are multiple groups in the United States that affiliate with the Antifa ideology, but they have no formal organizational relationship, formal leadership structure, or shared tactical approach. Similarly, black bloc is primarily a tactic used by far-left protesters rather than an actual group. But because of the tendency for black bloc agitators to dress all in black, including helmets, they draw more attention.

The far left encompasses multiple ideologies, but security experts believe that a large percentage of far-left radicals subscribe to at least one of three main classifications: anarchism, communism/socialism/Marxism, and autonomous radicals.*Jefferson Chase, “After G20: A look at left-wing radicalism in Europe,” Deutsche Welle, July 10, 2017, https://www.dw.com/en/after-g20-a-look-at-left-wing-radicalism-in-europe/a-39629507.x Far-left groups have largely embraced social justice as a raison d’être in protest of perceived restrictions on liberty by the state. In the early and mid-20th century, the Communist Party USA (CPUSA) played a subversive role in promoting communism in the United States and aligned itself with the Soviet Union. Today, CPUSA promotes its dedication to human rights and personal liberties alongside communism, which it heralds as the only guarantor of those freedoms.*“CPUSA Program,” Communist Party USA, April 13, 2020, https://www.cpusa.org/party_info/party-program/#Capitalism.x

Combined with a desire for violent confrontation and rejection of state authority, some on the far left have used social justice issues such as racial equality and immigration rights as a pretext to engage in violent retribution against symbols of the state. This is most prominently seen today in the use of black bloc tactics during protests, which ideological opponents have seized on to cast black bloc and Antifa as organized and unified groups. Anarchist groups such as the Youth Liberation Front are more organized on a local level but have no cohesive national network linking chapters across the country.*“About,” PNW Youth Liberation Front, accessed September 21, 2020, https://pnwylf.noblogs.org/about/.x

The far left has not uniformly embraced anarchism. A common theme between anarchist and non-anarchist groups, however, is a rejection of authority. This manifests itself as opposition to colonialism, authoritarianism, and—in common with anarchism—state authority. The far left opposes state oppression and believes that strengthening government and security institutions is a path toward a police state or fascism, which should be confronted.*“Left-wing extremists’ fields of activity,” Bundesamt für Verfassungsschutz, accessed August 20, 2018, https://www.verfassungsschutz.de/en/fields-of-work/left-wing-extremism/figures-and-facts-left-wing-extremism/left-wing-extremists-fields-of-activity-2014.x According to German authorities, the extreme left believes that it can goad the state into revealing its true fascist nature by eliciting violent reactions.*“Brief summary 2017 Report on the Protection of the Constitution,” Bundesamt für Verfassungsschutz, 2017, 20, https://www.verfassungsschutz.de/embed/annual-report-2017-summary.pdfx Far-left protesters have also engaged in violence against the far right as part of a self-declared opposition to racism and fascism, as can be seen by Antifa and black bloc actions during 2020 protests. According to Germany’s Bundesamt für Verfassungsschutz, however, the extreme left only superficially opposes fascist movements, focusing more on undermining the capitalist system.*“Left-wing extremists' fields of activity,” Bundesamt für Verfassungsschutz, accessed August 20, 2018, https://www.verfassungsschutz.de/en/fields-of-work/left-wing-extremism/figures-and-facts-left-wing-extremism/left-wing-extremists-fields-of-activity-2014.x U.S. Attorney General William Barr has directly accused Antifa and related groups of hijacking peaceful protests in the United States to promote anarchism.*Claire Hansen, “White House Addresses Trump Pledge to Designate Antifa a Terrorist Group,” U.S. News & World Report, June 1, 2020, https://www.usnews.com/news/national-news/articles/2020-06-01/white-house-addresses-trump-pledge-to-designate-antifa-a-terrorist-group.x

Far-left groups in the United States in the 20th century largely focused on issue-specific causes such as Puerto Rican independence or environmentalism.

Modern far-left groups largely focus on social justice issues such as racial equality and immigration rights. These groups often align with socialist or anti-capitalist values out of protest against wealth inequity.

Gun ownership is a central characteristic of far-left groups such as the John Brown Gun Club and Redneck Revolt, which believe they must arm themselves for protection from the far right. These groups appear at protests brandishing firearms and serving as security forces while instructing others on how to use guns.

Today’s far-left groups largely do not have hierarchal or even organizational structures like their far-right counterparts. U.S. President Donald Trump has called Antifa a terrorist group, but it is less a cohesive group and more a broad ideological opposition to perceived fascism. Antifa’s lack of a uniform doctrine or organization
results in followers presenting sometimes opposing ideals. 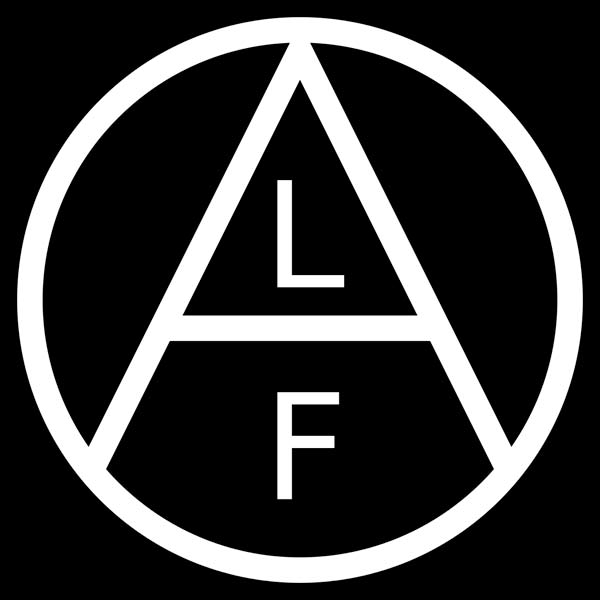 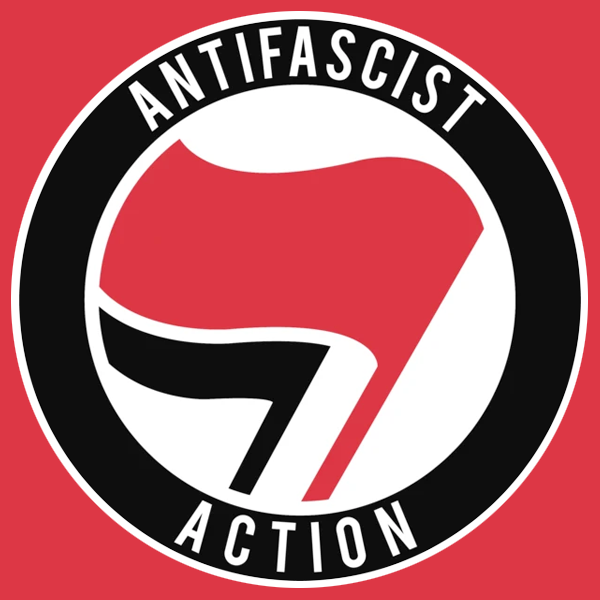 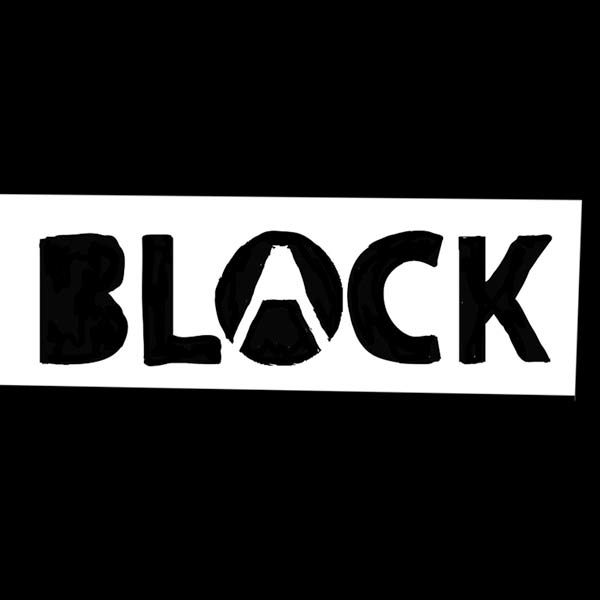 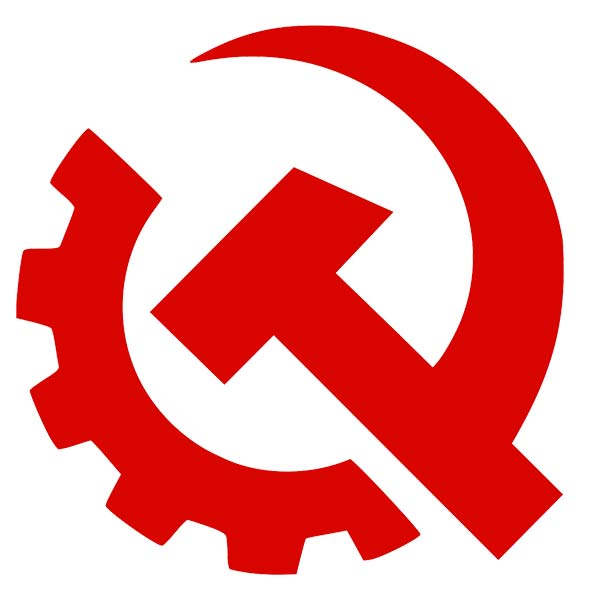 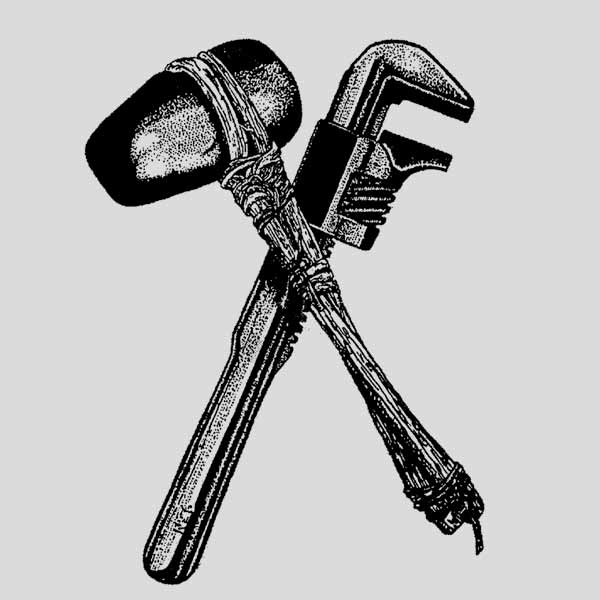 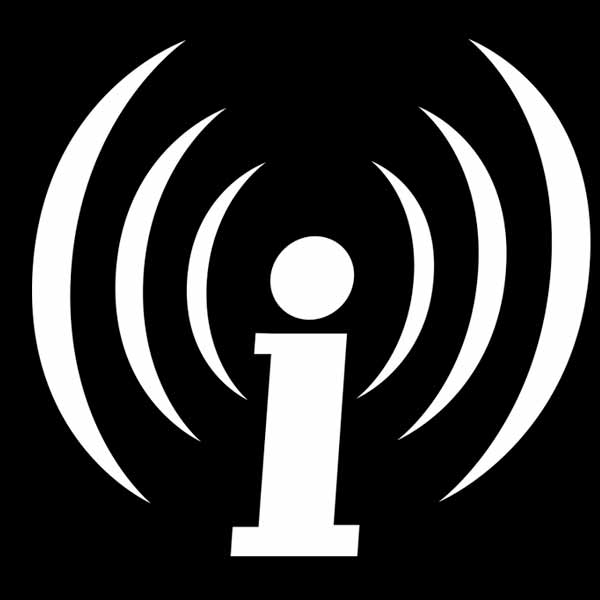 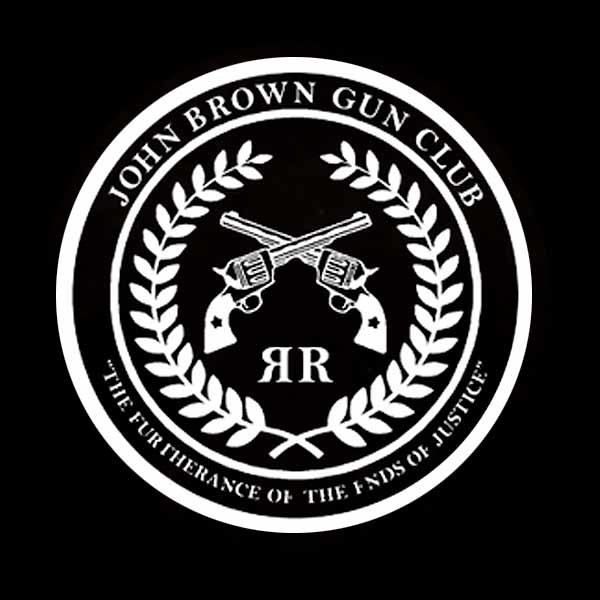 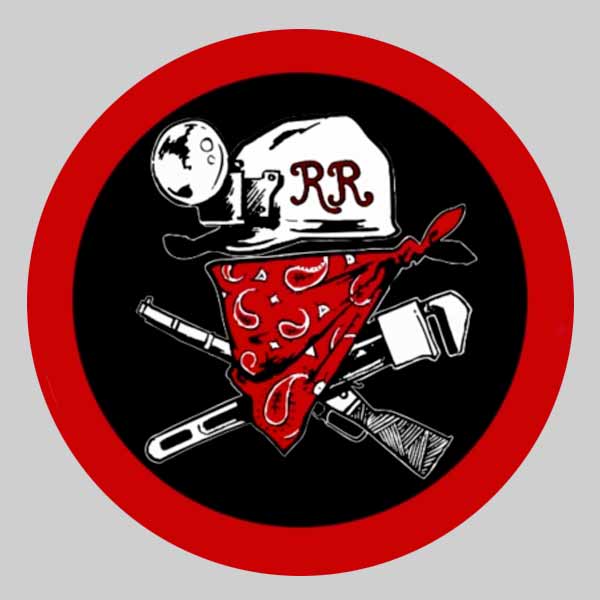 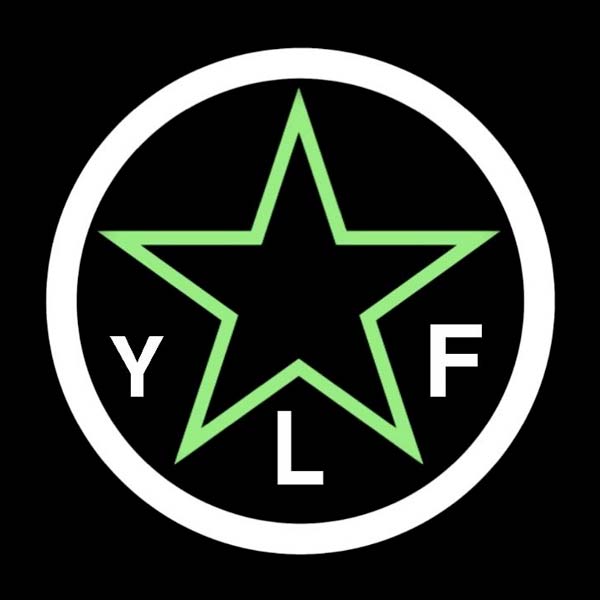 On September 20, 2020, Taliban militants ambushed a security checkpoint in Uruzgan, Afghanistan. The attack killed at least 24 members of the Afghan security forces.

France announced the end of Operation Barkhane in June 2021, claiming it would be replaced by a more international… https://t.co/g3ALNvK6oz

As France is set to scale back its counterterrorism force in the Sahel, one of the hardest-hit by terrorism Mali, i… https://t.co/BIBr1zmcoT

The group, also known as Mujahadin Indonesia Timor (MIT), has been linked to ISIS. Ali Kalora had led MIT since abo… https://t.co/o0KhPyIYC8

Indonesia confirmed it retrieved the bodies of Ali Kalora, the leader of a small violent extremist group known as E… https://t.co/kVKJIlEzZC

Analyst @GregoryPWaters, who’s been closely monitoring the ISIS insurgency in Syria, helps us understand the… https://t.co/reUIAWbzD0