The Communist Party USA (CPUSA) is a U.S.-based communist political organization founded in 1919 in Chicago, Illinois, to promote the interests of the American working class.* “Authors: Communist Party USA,” Communist Party USA, accessed September 8, 2020, https://www.cpusa.org/authors/communist-party-usa/.x CPUSA formed from the merger of two breakaway groups from the Socialist Party of America—the Communist Labor Party and the Communist Party of America.* Daeha Ko, “Communism in Washington State,” University of Washington, accessed September 8, 2020, https://depts.washington.edu/labhist/cpproject/ko.shtml.x CPUSA purports to be a “political party for the working class” and advocates for the implementation of socialism. According to the party’s program, the survival of the United States depends on its transformation to socialism. CPUSA blames the capitalist system, and the U.S. government specifically, for the exploitation of workers, widespread oppression, the destruction of the environment, and imperialism. CPUSA advocates socialism as the only system that can ensure human rights and peace in the United States and around the world.* “CPUSA Program,” Communist Party USA, April 13, 2020, https://www.cpusa.org/party_info/party-program/#Capitalism.x

U.S. authorities arrested several CPUSA members during the first so-called Red Scare, when federal authorities targeted communists between 1919 and 1921.* Daeha Ko, “Communism in Washington State,” University of Washington, accessed September 8, 2020, https://depts.washington.edu/labhist/cpproject/ko.shtml.x Between 1949 and 1957, dozens of CPUSA members were convicted of plotting to overthrow the U.S. government.* “CPUSA - 1950s - Red Scare,” Global Security, accessed September 8, 2020, https://www.globalsecurity.org/military/world/usa/government/political-parties-cpusa-07.htm.x Most notable among these convictions were those of Julius and Ethel Rosenberg, CPUSA members who were convicted and executed in 1953 for conspiring to pass U.S. nuclear secrets to the Soviet Union.* Joe Helm, “Sons of executed spies Julius and Ethel Rosenberg ask Obama to exonerate their mother,” Washington Post, December 1, 2016, https://www.washingtonpost.com/local/education/sons-of-executed-spies-julius-and-ethel-rosenberg-ask-obama-to-exonerate-mom/2016/12/01/a654c7ca-b7e6-11e6-b8df-600bd9d38a02_story.html.x CPUSA belonged to an international network that advocated communism and defended the Soviet Union, the Communist International or COMINTERN.* Emile Schepers, “A brief history of the world communist movement,” Communist Party USA, October 3, 2018, https://www.cpusa.org/article/a-brief-history-of-the-world-communist-movement/.x In the 1950s, the CIA dubbed CPUSA a “Russian-inspired, Moscow-dominated, anti-American, quasi-military conspiracy against our Government, our ideal, and our freedom.”* “The Communist Party of the United States of America: What It Is, How It Works – A Handbook for Americans,” CIA, 1956, 1, https://www.cia.gov/library/readingroom/docs/CIA-RDP78-00915R000600140037-0.pdf.x Today, CPUSA emphasizes its efforts in promoting civil rights and democracy, including what it calls a “Bill of Rights” socialism that protects civil liberties and adheres to the Bill of Rights of the U.S. Constitution.* Eric Lutz, “‘A leftward shift’: Communist party USA sees chance as progressives surge,” Guardian (London), June 23, 1919, https://www.theguardian.com/world/2019/jun/23/communist-party-usa-chicago-cpusa-convention; Roberta Wood and Dee Miles, “Bill of Rights Socialism,” Communist Party USA, May 1, 2016, https://www.cpusa.org/party_info/socialism-in-the-usa/. x

CPUSA refers to itself as a Marxist organization, indicating that communism is its end goal. CPUSA’s platform posits that communism will result in “a society without exploitation, without social classes, without war, without constant attacks on our shared environment, and without any coercive apparatus,” while guaranteeing full democratic freedom and the “humane development of society and the individual—for human happiness.”* “CPUSA Program,” Communist Party USA, April 13, 2020, https://www.cpusa.org/party_info/party-program/#Capitalism.x Nonetheless, CPUSA claims to fully support democracy and the guarantee of personal liberties, including voting rights and full democratic representation. According to CPUSA, capitalism presents the greatest danger to democratic freedom.* “CPUSA Program,” Communist Party USA, April 13, 2020, https://www.cpusa.org/party_info/party-program/#Capitalism.x 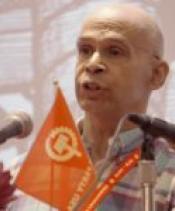 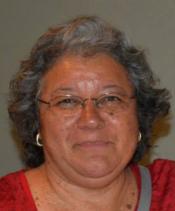 CPUSA’s propaganda centers around combating two primary ideological enemies: capitalism and the extreme right. According to CPUSA’s platform, the extreme right has influenced the Republican Party and injected Islamophobia, ultra-nationalism, and authoritarianism into the U.S. government. CPUSA accuses the Trump Administration of being authoritarian while the extreme right seeks to use capitalism to extend its control over the entire country. Further, CPUSA alleges the U.S. government uses the threat of terrorism to curtail individual freedoms, including free speech and assembly.* “CPUSA Program,” Communist Party USA, April 13, 2020, https://www.cpusa.org/party_info/party-program/#Capitalism.x CPUSA obligates all party members to fight against racist ideologies and for full political and social rights for all. CPUSA opposes anti-Semitism and discrimination based on race, religion, nationality, or color.* “New CPUSA Constitution (final draft),” Communist Party USA, June 10, 2014, https://cpusa.org/party_voices/draft-new-constitution/.x

CPUSA is not linked to recent specific acts of violence.

We are strict followers of the worldview established by our Führer, Adolf Hitler. While solely based in the United States, we support the overthrow of all Jew-controlled governments worldwide in order to liberate the Aryan race.

🔎CEP located several pro-ISIS accounts on Instagram from the week of June 19 to June 25. Of the ten accounts report… https://t.co/1krwGZNlQr

Norway raised its terrorism threat assessment to its highest level after Saturday’s shooting rampage in Oslo, which… https://t.co/wb6GJWXjYq

Malian forces announced that they had killed more than 60 alleged terrorists in the country’s central region. This… https://t.co/lFsSJWUOFg

A gas field in northern Iraq’s Kurdish region was targeted by rockets over the weekend—the third time in four days.… https://t.co/IbQ0PQyrJv