On April 17, 2019, researchers at the Counter Extremism Project (CEP) located the infamous ISIS bomb-making and execution video, “You Must Fight Them O Muwahhid,” on several video streaming and file download websites. The video shows step-by-step instructions for the construction of a triacetone triperoxide (TATP) explosive device, as well as knife tactics on a human target. TATP has been used in numerous terrorist attacks in Europe, including the 2017 Manchester Arena attack, the 2015 Paris attacks and the July 7, 2005 London bombings, often referred to as the 7/7 attacks.

ISIS explosives videos were linked by The Times to the Manchester bomber Salman Abedi, who allegedly watched them to assist in constructing his bomb. Additionally, Munir Hassan Mohammad, who was arrested in December 2016 for plotting a terrorist attack in the UK with Rowaida El-Hassan, had viewed the ISIS bomb making video, according to the Derby Telegraph. At the time of his arrest, Mohammad was acquiring the chemicals necessary to make TATP. He was sentenced to life in prison in 2018, with a minimum of 14 years. 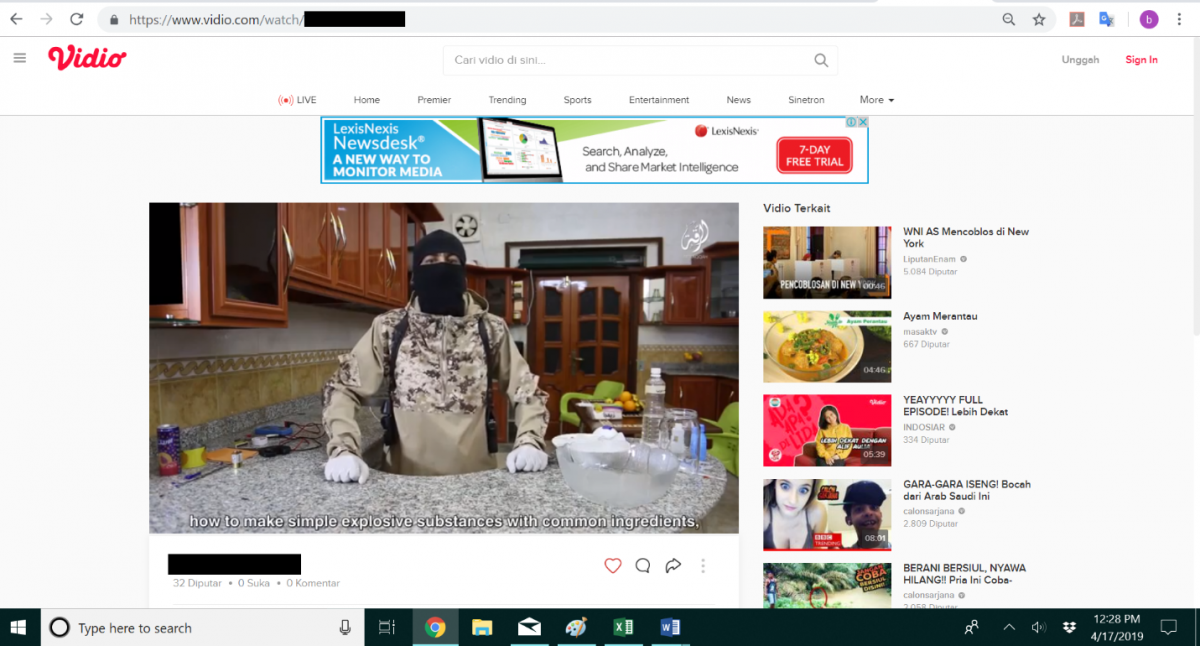 The video on the Indonesian video streaming site Vidio (April 17, 2019)