This week, Facebook and Twitter released their earnings reports, posting astronomic increases in revenue. Facebook’s year-over-year first quarter revenue increased more than 25 percent to $15.1 billion and Twitter’s increased nearly 20 percent to $787 million. Contrary to what tech firms may want lawmakers to believe, the cost of the industry’s controversies has been “very little” despite increased attention from regulators in Europe, the United Kingdom, the United States, and Australia. Both companies have also promised time and time again to do more to eliminate extremist content online, but the continued existence of such material on their platforms makes clear that these promises are not enough.

“These latest earnings reports show that any complaints from the tech industry about burdensome regulatory compliance costs ring hollow. Tech cannot have it both ways. Its lobbyists cannot be permitted to raise concerns about compliance costs – something every other mature industry must account for – while raking in billions in revenues,” said Counter Extremism Project (CEP) Executive Director David Ibsen. “Moreover, it is clear that lawmakers must step in to protect consumers and citizens. At minimum, the U.S. government should mandate that the industry will no longer have immunity under Section 230 of the Communications Decency Act for content that is known to be extremist in nature or otherwise harmful, and require that companies report information about extremist content on their sites and the efficacy of their efforts to remove such content.”

All major industries – such as oil, telecommunications, health care and finance – have dedicated departments and funds to ensure compliance with government rules and regulations. For example, according to one estimate, “tier one banks are spending well in excess of $1 billion a year on compliance-related costs, or some $270 billion a year for the industry as a whole.” But similar costs of compliance are nowhere in the same ball park for tech companies, large or small. Last year, CEP released a report on Germany’s NetzDG, a law that carries potential fines for tech companies that allow extremist content to stay up online.  According to an interview with Change.org, implementing said legislation cost the company €5,000, or 1 percent of that year’s total revenue.

As CEP Senior Director Dr. Hans-Jakob Schindler said in an interview with EuroNews this week, it is time for governments to “look at the tech industry the same way we look at the banking industry.”  Dr. Schindler continued, “If you don’t find it acceptable that terrorists have bank accounts, there is really no clear argument why we should find it acceptable that a terrorist should use a Skype account, or a WhatsApp account, or a Facebook account to propagate, organize, finance, transfer capabilities or distribute something as harmful as bomb-making instruction manuals.”

The tech industry has shown itself to be a risk to the safety of people around the world, not just the safety of its consumers. In the wake of the New Zealand attacks, tech companies like Facebook promoted the improvements they were making to their technology and artificial intelligence systems to safeguard against extremism online. But this week, CEP found multiple videos on Facebook of the Sri Lanka terrorists and suicide bombers. This evidence shows – at best – an uneven application of their own terms of service or at worst a total failure of their content moderation systems. 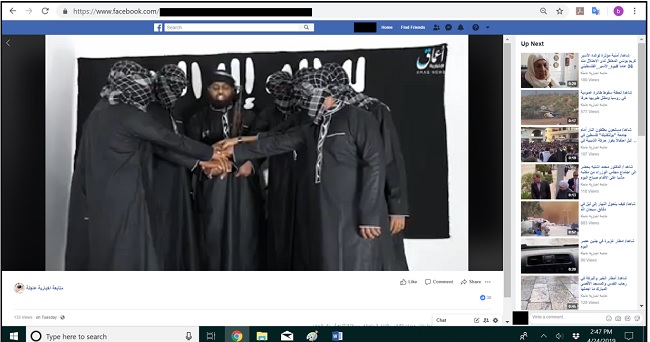 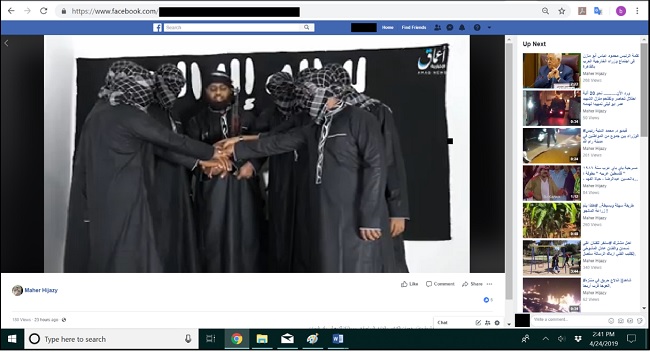 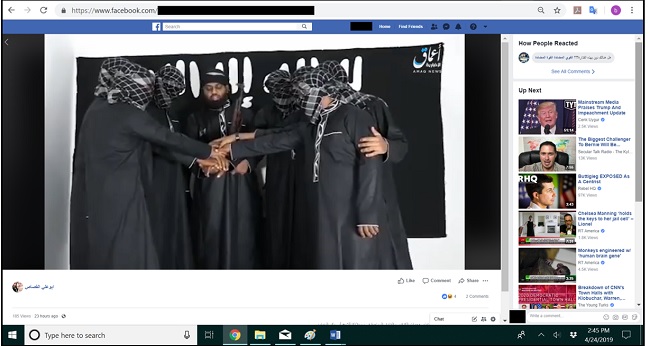