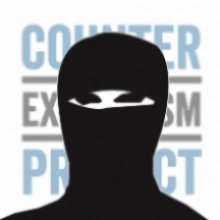 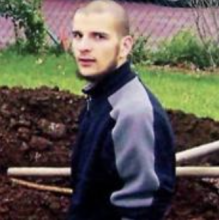 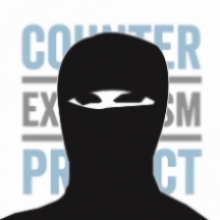 “The pig is the most shameless animal on the face of the Earth. It is the only animal that invites its friends to have sex with its mate. In America, most people consume pork. Many times after dance parties, they have swapping of wives. Many say, ‘You sleep with my wife and I will sleep with your wife.’ If you eat pigs then you behave like pigs.”David Leppard, “Preacher of hate is let into Britain,” Sunday Times (London), May 30, 2010, http://www.thesundaytimes.co.uk/sto/news/uk_news/National/article303906.ece.

Interviewer: “Here is a question from a non-Muslim from India. Are non-Muslims allowed to preach their religion and to build their places of worship in an Islamic state? If so, why is building of temples and churches disallowed in Saudi Arabia, whereas Muslims are building their mosques in London and Paris?”

Zakir Naik: “I ask the non-Muslims, suppose you are the principal of a school and you intend to select a mathematics teacher. Three candidates come and you ask them, what’s the total of 2 plus 2? The first replies: 2 plus 2 equals 3. The second answers: 2 plus 2 equals 4. And the third one answers that 2 plus 2 equals 6. Now, I ask these non-Muslims, will you allow the candidate to teach in your school who says that 2 plus 2 equals 3 or that 2 plus 2 equals 6? They’ll say, no. I ask, why? They’ll say, because he does not have correct knowledge of mathematics. Similarly, as far as matters of religion are concerned we (Muslims) know for sure that only Islam is a true religion in the eyes of God. In the Holy Quran (3:85), it is mentioned that God will never accept any religion other than Islam. As far as the second question, regarding building of churches or temples is concerned, how can we allow this when their religion is wrong and when their worshipping is wrong? Therefore, we will not allow such wrong things in our Islamic country.”“Hilarious Mulla, Hilarious Logic 2+2=Zakir Naik,” YouTube Video, 4:54, posted by “feeziman007,” November 29, 2008, https://www.youtube.com/watch?v=rHpd2T7mi5c; Sudheendra Kulkarni, “Who’s Responsible for the Stereotypes of Islam?” Indian Express, April 01, 2007, http://archive.indianexpress.com/news/who-s-responsible-for-the-stereotypes-of-islam-/27206/0.

Zakir Naik: “In religious matters only we know for sure that we Muslims are right. They (non-Muslims) are not sure. Thus, in our country we can’t allow preaching other religions because we know for sure that only Islam is the right religion. However, if a non-Muslim likes to practise his religion in an Islamic country, he can do so inside his home — but he can’t propagate his religion. It is exactly as if a teacher thinks in his mind that 2 plus 2 equals 3. He has the right to do so, but we can never allow such a person to teach this to our children. Non-Muslims are no doubt experts in science and technology. But they (non-Muslims) are not sure about religious truths. Therefore, we are trying to get them to the right path of Islam.”“Hilarious Mulla, Hilarious Logic 2+2=Zakir Naik,” YouTube Video, 4:54, posted by “feeziman007,” November 29, 2008, https://www.youtube.com/watch?v=rHpd2T7mi5c; Sudheendra Kulkarni, “Who’s Responsible for the Stereotypes of Islam?” Indian Express, April 01, 2007, http://archive.indianexpress.com/news/who-s-responsible-for-the-stereotypes-of-islam-/27206/0.

“Time doesn't permit me... With the amount of ample evidence given there, even a fool will know that this was inside job. But it doesn't convince George Bush. What they say is that the reason is only to attack Afghanistan, Iraq, and then Iran. They have been predicting that Iran is going to be attacked. They want to have control of the oil-rich countries. To this day, this attack is for what? One is injustice. Second is for money, for power.”Zakir Naik, “Indian Muslim Cleric Zakir Naik: 9/11 Was Carried Out by George Bush Himself,” Middle East Media Research Institute, July 31, 2008, http://www.memritv.org/clip/en/1846.htm.

“If he [Osama Bin Laden] is fighting the enemies of Islam, I am for him…If he is terrorizing the terrorists, if he is terrorizing America the terrorist, the biggest terrorist, I am with him. Every Muslim should be a terrorist.”Salah Uddin Shoaib Choudhury, “India: The Notorious Dr. Zakir Naik,” The Gatestone Institute, July 2, 2010, http://www.gatestoneinstitute.org/1392/india-dr-zakir-naik.

“Western society claims to have uplifted women. On the contrary, it has actually degraded them to the status of concubines, mistresses, and society butterflies who are mere tools in the hands of pleasure seekers and sex marketers….”Salah Uddin Shoaib Choudhury, “India: The Notorious Dr. Zakir Naik,” The Gatestone Institute, July 2, 2010, http://www.gatestoneinstitute.org/1392/india-dr-zakir-naik.