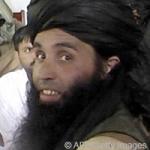 Defending the Peshawar school massacre: “We attacked the school as it was the army’s camp area and their training centre. If it was not an army camp then what were a brigadier and his soldiers doing there? We are at war with the army - if they kill us and our people… in fake encounters we will also kill them. Our men attacked the school and killed children of army personnel - not civilians. They asked about their identity before killing them. These people will always be our target and we will kill them in the streets, markets, everywhere. If the army knows our situation - then we also know theirs. Army camps everywhere are our targets.” (Video)Chris Hughes, “Pakistan Taliban warlord behind Peshawar school massacre vows MORE children will be slaughtered,” Mirror (London), January 5, 2015, http://www.mirror.co.uk/news/world-news/pakistan-taliban-warlord-behind-peshawar-4923148.

In reference to the Peshawar school massacre: “Were our children not children? Even if the US or NATO comes we are ready to fight them. We only obey Sharia. We will do something which will make you forget the Peshawar attack.”(Video)Chris Hughes, “Pakistan Taliban warlord behind Peshawar school massacre vows MORE children will be slaughtered,” Mirror (London), January 5, 2015, http://www.mirror.co.uk/news/world-news/pakistan-taliban-warlord-behind-peshawar-4923148.

“People are fed up with corrupt system in which smugglers; murderers and rascals are considered the nobility. Therefore, they are coming to us [the TTP] for seeking peace of mind.”Khurshid Khan, “Exclusive: An interview with Maulana Fazalullah,” Valleyswat.net, April 21, 2007, http://www.valleyswat.net/articles/fazalullah_interview.html.

In reference to interfaith dialogue: “…We can sit together, argue but supremacy will be that of Islam because after the advent of Islam their religions are no more valid.”Khurshid Khan, “Exclusive: An interview with Maulana Fazalullah,” Valleyswat.net, April 21, 2007, http://www.valleyswat.net/articles/fazalullah_interview.html.

“Shariah does not allow male and female working together. Women are meant to fulfil their responsibilities inside their houses. Only in case of dire need they can come out in a veil. It is obligatory for male to meet their needs. If he fails, he should set her free.”Khurshid Khan, “Exclusive: An interview with Maulana Fazalullah,” Valleyswat.net, April 21, 2007, http://www.valleyswat.net/articles/fazalullah_interview.html.

“When I die, the angels will ask me about my actions. Will this government save me? No! I must act for myself and for my own salvation. You people have no rights here unless there is an Islamic system and government in place, based on rights and honor. Are you ready for an Islamic system? Are you prepared to make the sacrifices?” (Radio sermon)Nicholas Schmidle, “The Ambitions of the Pakistan Taliban’s New Chief,” New Yorker, November 11, 2014, http://www.newyorker.com/news/news-desk/the-ambitions-of-the-pakistani-talibans-new-chiefhttp://www.newyorker.com/news/news-desk/the-ambitions-of-the-pakistani-talibans-new-chief.

In reference to the practice of lashing: “The government says we shouldn’t go things [sic] like this public punishment, but we don’t follow their orders. We follow the orders of Allah!” (Radio sermon)Nicholas Schmidle, “The Ambitions of the Pakistan Taliban’s New Chief,” New Yorker, November 11, 2014, http://www.newyorker.com/news/news-desk/the-ambitions-of-the-pakistani-talibans-new-chiefhttp://www.newyorker.com/news/news-desk/the-ambitions-of-the-pakistani-talibans-new-chief.

“[Polio vaccinations are] a conspiracy of the Jews and Christians to stunt the population growth of Muslims.”Terence McCoy, “‘Mullah Radio’: The radical broadcaster leading the Taliban’s war on Pakistani schoolchildren,” Washington Post, December 17, 2014, http://www.washingtonpost.com/news/morning-mix/wp/2014/12/17/mullah-radio-the-radical-broadcaster-leading-the-talibans-war-on-pakistani-schoolchildren/.