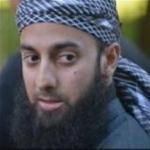 “[I can understand the 9/11 attacks] given the USA’s war in the Muslim lands of Afghanistan and Iraq.”“Radical Islamist defends alleged threats,” News in English, January 27, 2014, http://www.newsinenglish.no/2014/01/27/islamist-stands-by-his-threats/.

Speaking to an unnamed individual who testified in court against an Islamist: “With God the Almighty’s will, you will burn in hell and in this world, and In shah Allah, Muslims will take responsibility.”“Radical Islamist defends alleged threats,” News in English, January 27, 2014, http://www.newsinenglish.no/2014/01/27/islamist-stands-by-his-threats/.

In reference to ISIS’s practice of beheading: “Beheading is not torture, people die instantly, as opposed to what the West does with Muslim prisoners.” Hugh Eakin, “Noway: The Two Faces of Extremism,” The New York Review of Books, March 5, 2015, http://www.nybooks.com/articles/archives/2015/mar/05/norway-two-faces-extremism/.

To a Norwegian journalist: “…you should be concerned about your own security. This isn’t a threat, warning or scare-mail. But if something should happen to you, I will smile all the way to the funeral.”Nina Berglund, “Radical Islamist defends alleged threats,” News in English.no, January 27, 2014, http://www.newsinenglish.no/2014/01/27/islamist-stands-by-his-threats/.

“I will give them protection, Inshallah. As soon as […] I can get hold of an AK-47 (automatic rifle). These swine belong to an occupation power, Israel, and have additionally occupied our mosque, al-Aqsa. Oh Allah, get the filthy Jews out of our mosque. They are real swine and must be fought. It is a pity that the brother that shot against the [Oslo] synagogue in…2006 did not hit anyone,” (referring to the 2006 shooting at the Oslo synagogue.) Øyvind Strømmen, “Norwegian Islamist convicted,” Hate Speech International, February 12, 2014, https://www.hate-speech.org/norwegian-islamist-convicted/.

In reference to Lesbian Somali activist Amal Aden: “They should absolutely not beat her. They should have stoned her to death, since practicing homosexuality shall be punished with death.”Nina Berglund, “Radical Islamist defends alleged threats,” News in English.no, January 27, 2014, http://www.newsinenglish.no/2014/01/27/islamist-stands-by-his-threats/.

On November 18, 2022, the U.S. Department of State’s Rewards for Justice Program doubled their reward—now $10 milli… https://t.co/rUdBefiUth

🧵The U.S. earlier this year reengaged its campaign against al-Shabaab in Somalia, including launching airstrikes wi… https://t.co/F62rbLesTh