Norwegian terrorist Anders Behring Breivik and Oklahoma City bomber Timothy McVeigh committed heinous acts of terrorism in their respective countries. Though their respective attacks were 16 years apart, Breivik and McVeigh drew inspiration for their malicious acts from the same source: The Turner Diaries, a 1978 novel about a race war that results in the murder of non-white minorities and the creation of a white nation. The seminal work by white nationalist William Luther Pierce, written under the pseudonym Andrew Macdonald, has influenced transnational acts of murder, robbery, and terrorism. Writing in the London Review of Books in 1997, John Sutherland described The Turner Diaries as "not the work of a Holocaust-denier (although Pierce gives us plenty of that) so much as a would-be Holocaust-repeater."*John Sutherland, “Higher Man,” London Review of Books, May 22, 1997, https://www.lrb.co.uk/v19/n10/john-sutherland/higher-man. x The Turner Diaries has become an influential work among white nationalists, inspiring violent attacks and propaganda. 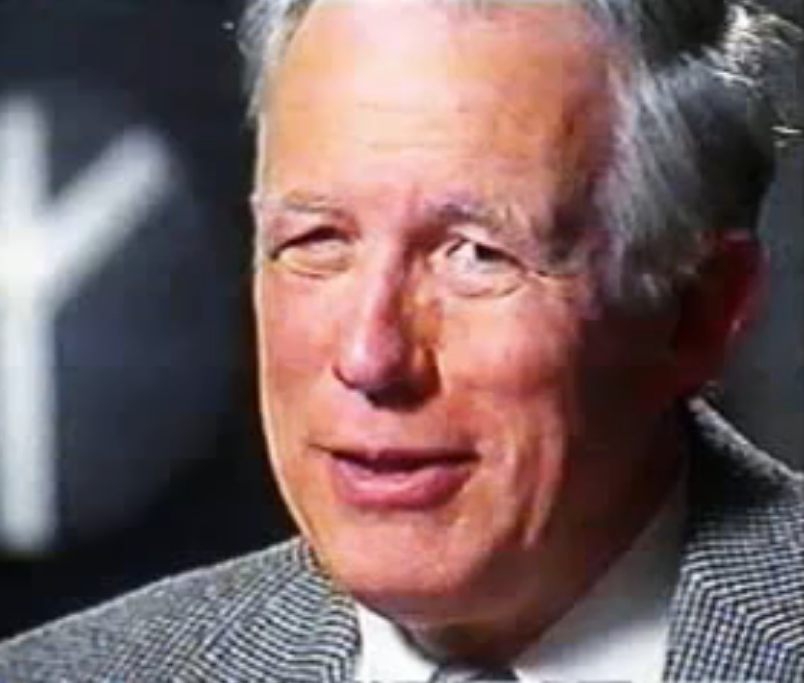 The Turner Diaries has reportedly sold more than 500,000 copies worldwide and serves as a guide for white nationalists seeking to attack infrastructure in order to create a white nation-state within the United States.*Katheen Belew, Bring the War Home (Cambridge: Harvard University Press 2018), 110-113. x National Alliance, the white nationalist group Pierce founded in 1974, labeled The Turner Diaries a "Handbook for White Victory."*“William Pierce,” Southern Poverty Law Center, accessed January 2, 2019, https://www.splcenter.org/fighting-hate/extremist-files/individual/william-pierce. x The book is a collection of stories from the National Alliance’s newsletter Attack! that envisioned a race war resulting in the murder of non-white minorities and anybody else who supported multiculturalism. The Turner Diaries is told through diary entries of the book’s protagonist, Earl Turner, who belongs to an underground militia called the Organization that carries out a series of terrorist bombings and murders to bring about the race war that leads to the creation an all-white utopian society.*Christopher Reed, “William Pierce – The ‘theoretician’ of America’s extreme right and author of the book that was claimed to have inspired the Oklahoma City bombing,” Guardian (London), July 25, 2002, https://www.theguardian.com/news/2002/jul/25/guardianobituaries.booksobituaries1. x

Among the most notable direct adaptions from the book is the violent white nationalist militia The Order, which carried out a series of robberies and murders in the 1980s. Robert Mathews created The Organization, later renamed The Order, as a National Alliance spinoff militia and modeled the group on the militia in The Turner Diaries that led the racial revolution. The leaders of The Order reportedly kept at least 20 copies of The Turner Diaries at their headquarters.*Katheen Belew, Bring the War Home (Cambridge: Harvard University Press 2018), 110. x The group believed it had to overthrow the Zionist-occupied government and media to create a white nation. Order members were famously responsible for the murders of Jewish radio host Alan Berg and former Order member Richard West in the 1980s.*Wallace Turner, “5 Neo-Nazis Get Stiff Sentences for Crime Spree,” New York Times, February 7, 1986, https://www.nytimes.com/1986/02/07/us/5-neo-nazis-get-stiff-sentences-for-crime-spree.html. x Between November 1983 and July 1984, members of The Order robbed armored cars and banks of several million dollars in order to fund their revolution based on The Turner Diaries.* “Court denies ‘Order’ neo-Nazi's appeal,” United Press International, April 23, 1992, https://www.upi.com/Archives/1992/04/23/Court-denies-Order-neo-Nazis-appeal/2407704001600/; James Coates, “Neo-Nazis Indicted in Bizarre Crime Spree,” Chicago Tribune, April 16, 1985, https://www.chicagotribune.com/news/ct-xpm-1985-04-16-8501220233-story.html. x After Mathews’s 1984 death in a firefight with the FBI, Pierce reportedly praised him for taking "us from name-calling to bloodletting."* “William Pierce,” Southern Poverty Law Center, accessed January 2, 2019, https://www.splcenter.org/fighting-hate/extremist-files/individual/william-pierce; Howard Pankrantz, “Neo-Nazi who shot Denver radio host Alan Berg dies in federal prison in Pa.,” Denver Post, August 17, 2010, https://www.denverpost.com/2010/08/17/neo-nazi-who-shot-denver-radio-host-alan-berg-dies-in-federal-prison-in-pa/. x

Among the events portrayed in the book is the “Day of the Rope,” during which members of the Organization carry out the widespread lynching of thousands who enabled a multicultural society. White nationalists have adopted the phrase as propaganda against so-called race traitors. In 2018, several journalists received emails declaring “all journalists will be hanged on the day of the rope.”*Jason Wilson, “Doxxing, assault, death threats: the new dangers facing US journalists covering extremism,” Guardian (London), June 14, 2018, https://www.theguardian.com/world/2018/jun/14/doxxing-assault-death-threats-the-new-dangers-facing-us-journalists-covering-extremism. x On Twitter, users have used variations of the #Dayoftherope hashtag to call for violence against black people, journalists, and so-called race traitors.* Trife Mack, Twitter post, October 10, 2017, 1:17 p.m., https://twitter.com/TrifeMack132/status/917801259536666626; Stephen Miller’s Hairpiece, Twitter post, January 1, 2019, 11:56 p.m., https://twitter.com/s_hairpiece/status/1080326947144679424; Erie County Minutemen, Twitter post, October 21, 2018, 5:00 p.m., https://twitter.com/county_erie/status/1054115242345672704.x 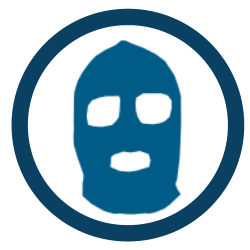 William Luther Pierce wrote The Turner Diaries in 1978. White nationalists have described the book as a Handbook for White Victory. 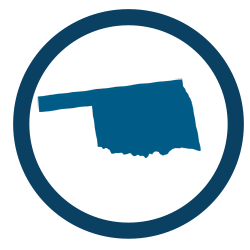 The book has directly influenced at least three terror attacks—in the United States, Norway, and the United Kingdom—resulting in the deaths of 248 people. The most deadly of these attacks is the 1995 Oklahoma City bombing, which killed 168. 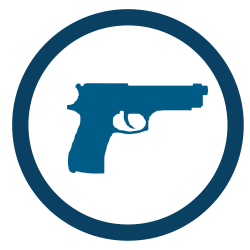 The Turner Diaries inspired the creation of a domestic white nationalist militia called The Order, which carried out a series of bank robberies and murders in the 1980s.

The book continues to act as a source of inspiration and propaganda for white nationalists, who quote the material online and threaten violence depicted in the book.

CEP has profiled 44 extremist entities—40 individuals and 4 organizations—who have been directly or indirectly influenced by The Turner Diaries. Of these individuals, 31 have been involved in violent crimes, including: domestic terrorism, murder, and robbery. Where applicable, CEP has included the charges against the individual profiled. 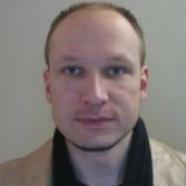 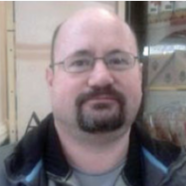 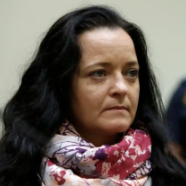 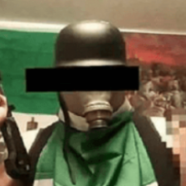 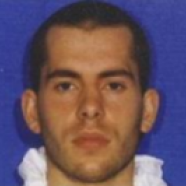 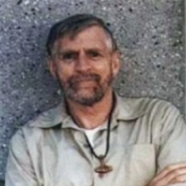 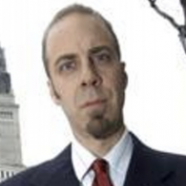 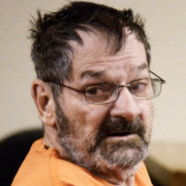 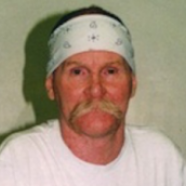 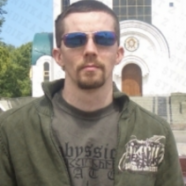 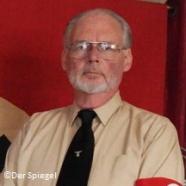 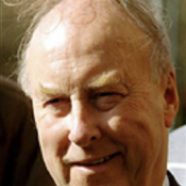 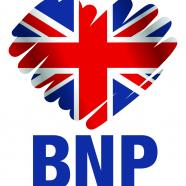 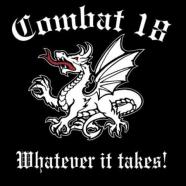 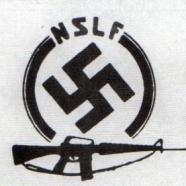 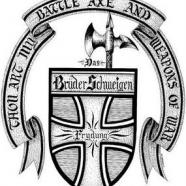