Dymock was arrested in December 2018 on terror offenses. Both Dymock and SKD member Oskar Dunn-Koczorowski formerly belonged to System Resistance Network (SRN), an alias of the banned British white supremacist group National Action.*Daniel Sandford and Daniel De Simone, “British Neo-Nazis suggest Prince Harry should be shot,” BBC News, December 5, 2018, https://www.bbc.com/news/uk-46460442; “Extremist neo-Nazi group to be banned under terror laws,” BBC News, February 24, 2020, https://www.bbc.com/news/uk-politics-51618248. x In June 2019, Dunn-Koczorowski and Michal Szewczuk were imprisoned for terror offenses.*Press Association, “Teenager who called Prince Harry a ‘race traitor’ sentenced,” Guardian (London), June 18, 2019, https://www.theguardian.com/uk-news/2019/jun/18/michal-szewczuk-sentenced-prince-harry-online-post-far-right. x During Dymock’s trial in the spring of 2021, prosecutors alleged his involvement with both SKD and SRN. According to the prosecution, Dymock ran SRN’s website and Twitter account while a student at Aberystwyth University between 2017 and 2018. Dymock allegedly used the platforms to call Jewish people a “cancer” and call for their eradication.*“Andrew Dymock: Student ‘called for extermination of Jews,’” BBC News, May 8, 2021, https://www.bbc.com/news/uk-england-somerset-57022269.x Dymock was convicted of five charges of encouraging terrorism, two of fundraising for terrorism, four counts of disseminating terrorist publications, possessing a terrorist document, stirring up racial hatred and hatred based on sexual orientation, and possessing racially inflammatory material. He was sentenced in July 2021 to seven years in prison to be followed by three years of probation.*“Neo-Nazi Andrew Dymock jailed for terror and hate crimes,” BBC News, July 21, 2021, https://www.bbc.com/news/uk-england-somerset-57920928.x 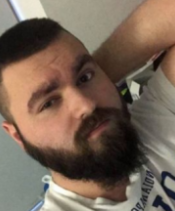 SKD has not claimed credit for specific violent activities, but members have been linked to calls for violence.*Daniel Sandford and Daniel De Simone, “British Neo-Nazis suggest Prince Harry should be shot,” BBC News, December 5, 2018, https://www.bbc.com/news/uk-46460442.x