Formed by neo-Nazi nationalists in Sweden in 1997, the Nordic Resistance Movement (Nordiska motståndsrörelsen, or NRM) is a transnational, neo-Nazi organization with official chapters operating in Sweden, Finland, and Norway. The NRM also draws support from neo-Nazis in Denmark and Iceland, though the group has failed to establish formal branches in those countries.* Øyvind Strømmen, “New report: Neo-Nazis in the North,” Hate Speech International, March 24, 2017, https://www.hate-speech.org/new-report-neo-nazis-in-the-north/; “Our Path: New Politics for a New Time,” Frihetskamp, 2015, https://www.frihetskamp.net/wp-content/uploads/2016/12/Our-Path.pdf; Bradford Hanson, “An Interview With Simon Lindberg, Leader of the Nordic Resistance Movement,” National Vanguard, June 7, 2016, http://nationalvanguard.org/2016/06/an-interview-with-simon-lindberg-leader-of-the-nordic-resistance-movement/. x A 2017 report by European anti-racism organization Expo named NRM as the primary force responsible for a rise in neo-Nazi activity in Sweden in 2016.* Lee Roden, “2016 saw a surge in neo-Nazi activity in Sweden: here's why,” The Local (Stockholm), May 5, 2017, https://www.thelocal.se/20170505/2016-saw-a-surge-in-neo-nazi-activity-in-sweden-heres-why. x

The NRM subscribes to a nationalist socialist, or neo-Nazi, ideology that is avowedly anti-Semitic, anti-gay, anti-immigrant, pro-white, and pro-Hitler. The NRM has held numerous anti-immigration rallies, and has hung signs throughout Sweden, Finland, and Norway reading “Refugees Are Not Welcome.”* Haakon Forwald, “– Et seiersår for Den nordiske motstandsbevegelsen!,” Friehtskamp, January 8, 2017, https://www.frihetskamp.net/et-seiersar-for-den-nordiske-motstandsbevegelsen/; “Så våldsamma är nazisterna i Nordiska motståndsrörelsen,” Expo Idag, December 9, 2016, http://expo.se/2016/sa-valdsamma-ar-nazisterna-i-nordiska-motstandsrorelsen_7198.html; David Charter and Isaak Bowers, “Neo-Nazis on the march in Sweden,” Times (London), December 12, 2016, https://www.thetimes.co.uk/edition/world/dcnazi-3dwxnps2g. x In its 2015 party platform “Our Path,” the NRM warns that the Nordic states—as well as the entire Western world—are controlled by the “global Zionist elite.”* “Our Path: New Politics for a New Time,” Frihetskamp, 2015, https://www.frihetskamp.net/wp-content/uploads/2016/12/Our-Path.pdf. x The NRM thus seeks to “regain power” from that elite and unite the Nordic states into a “Nordic Nation” able to “assert itself militarily, economically and culturally.”* “Our Path: New Politics for a New Time,” Frihetskamp, 2015, https://www.frihetskamp.net/wp-content/uploads/2016/12/Our-Path.pdf. x

NRM-Sweden officially registered as a political party in July 2015 under the name “Nordiska motståndsrörelsen”—the same name used for the larger NRM-Sweden movement. The group was inspired to enter politics after one of its key members, Pär Öberg, was elected in 2014 as a write-in candidate for the Sweden Democrats party in the Ludvika municipality's local elections.* “Nazister bildar parti,” Expo Idag, October 2, 2014, http://expo.se/2014/nazister-bildar-parti_6663.html; Øyvind Strømmen, “New report: Neo-Nazis in the North,” Hate Speech International, March 24, 2017, https://www.hate-speech.org/new-report-neo-nazis-in-the-north/. x However, NRM-Sweden is not believed to have made political gains, and the movement is reported to lend most of its efforts to extra-parliamentary activities, such as violence, intimidation, and crime.* Nick Fagge, “Neo-Nazis thugs warn of a 'year of violence' following attacks on child migrants at train station in Sweden,” Daily Mail (London), February 3, 2016, http://www.dailymail.co.uk/news/article-3426413/Neo-Nazis-warn-year-violence-following-attacks-child-migrants-train-station-Sweden.html. x Finland banned the NRM in November 2017, but the group has continued to stage demonstrations there while appealing the decision.* “Neo-Nazis Protest Outside Helsinki School,” News Now, April 25, 2018, http://newsnowfinland.fi/domestic/neo-nazis-protest-outside-helsinki-school. x 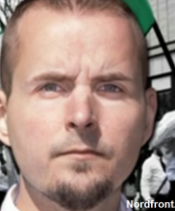 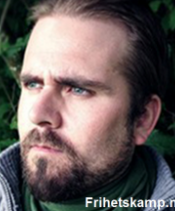 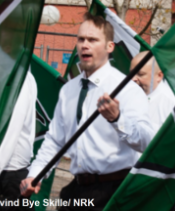 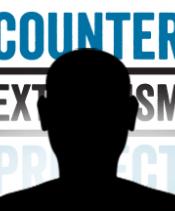 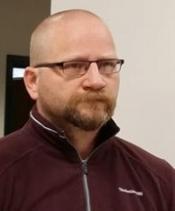 The NRM is believed to comprise between 250 to 300 core members spread throughout Sweden, Norway, and Finland—though the group may attract many more sympathizers.* Øyvind Strømmen, “New report: Neo-Nazis in the North,” Hate Speech International, March 24, 2017, https://www.hate-speech.org/new-report-neo-nazis-in-the-north/. x In November 2016, NRM-Sweden alone drew a total of 600 demonstrators in its largest rally to date.* David Charter and Isaak Bowers, “Neo-Nazis on the march in Sweden,” Times (London), December 12, 2016, https://www.thetimes.co.uk/edition/world/dcnazi-3dwxnps2g. x According to a May 2015 estimate by the Finnish-owned media outlet Yle, NRM-Finland is comprised of approximately 60 to 70 core members.* “Repentant Nazi: ‘What I was doing was crazy,’” Yle Uutiset, May 15, 2016, http://yle.fi/uutiset/osasto/news/repentant_nazi_what_i_was_doing_was_crazy/8881468; Fanny Malinen, “The Failure of The State And The Rise Of Fascism,” Novara Media, December 11, 2016, http://novaramedia.com/2016/12/11/the-failure-of-the-state-and-the-rise-of-fascism/. x The Norwegian-owned NRK media company reported in February 2017 that each country's branch contains “a dozen” core activists.* Ståle Hansen, “Nå marsjerer de i gatene igjen,” NRK, February 27, 2017, https://www.nrk.no/dokumentar/xl/na-marsjerer-de-i-gatene-igjen-1.13394305. x

In recent years, the NRM has capitalized on the influx of refugees from the Middle East and North Africa in an attempt to spread fear, recruit, and further its agenda. According to the anti-racism organization Expo, NRM-Sweden has grown more than one-third in size since the beginning of 2015 by advocating against Sweden's open-door policy to Muslim asylum seekers through anti-immigration rallies and signs throughout Sweden, Finland, and Norway.* Haakon Forwald, “– Et seiersår for Den nordiske motstandsbevegelsen!,” Frihetskamp, January 8, 2017, https://www.frihetskamp.net/et-seiersar-for-den-nordiske-motstandsbevegelsen/; “Så våldsamma är nazisterna i Nordiska motståndsrörelsen,” Expo Idag, December 9, 2016, http://expo.se/2016/sa-valdsamma-ar-nazisterna-i-nordiska-motstandsrorelsen_7198.html; David Charter and Isaak Bowers, "Neo-Nazis on the march in Sweden," Times (London), December 12, 2016, https://www.thetimes.co.uk/edition/world/dcnazi-3dwxnps2g. x The NRM also produces manuals, stickers, leaflets, and flyers, which it distributes at rallies, on the streets, and in mailboxes.* “Our Path: New Politics for a New Time,” Frihetskamp, 2015, https://www.frihetskamp.net/wp-content/uploads/2016/12/Our-Path.pdf; Haakon Forwald, “– Et seiersår for Den nordiske motstandsbevegelsen!,” Frihetskamp, January 8, 2017, https://www.frihetskamp.net/et-seiersar-for-den-nordiske-motstandsbevegelsen/. x

The NRM has noted that all of its funding comes from “member donations and sympathetic individuals and organizations.”* “Our Path: New Politics for a New Time,” Frihetskamp, 2015, https://www.frihetskamp.net/wp-content/uploads/2016/12/Our-Path.pdf. x The NRM specifically requests donations through Frihetskamp, the news website owned and operated by the group's Norwegian branch.* “Information in English,” Frihetskamp, accessed June 25, 2018, https://www.frihetskamp.net/information-in-english/. x

NRM leaders and members have carried out numerous attacks against gay people, Muslim asylum seekers, and the group's ideological adversaries. In 2017, the European NGO Expo found that a quarter of NRM's members had been convicted of violent crime.* Lee Roden, “2016 saw a surge in neo-Nazi activity in Sweden: here's why,” The Local (Stockholm), May 5, 2017, https://www.thelocal.se/20170505/2016-saw-a-surge-in-neo-nazi-activity-in-sweden-heres-why. x