Umberto Bossi founded the League in the 1990s to represent northern Italians. He campaigned on the idea of gaining independence for a northern Italian region he called Padania. In the latter half of the twentieth century, the economic gap widened substantially between the agrarian south of Italy and the industrialized north, and consequently, many southern Italians immigrated to the north.* “A tale of two economies,” Economist, May 16, 2015, https://www.economist.com/finance-and-economics/2015/05/16/a-tale-of-two-economies; Celestine Bohlen, “North-South Divide in Italy: A Problem for Europe, Too,” New York Times, November 15, 1996, https://www.nytimes.com/1996/11/15/world/north-south-divide-in-italy-a-problem-for-europe-too.html. x Bossi began to blame southern Italians for northern Italy's economic hardships, regularly demeaning them as lazy parasites living off of hardworking northerners.* Giula Paravicini, “Italy's far-right jolts back from dead,” Politico, February 3, 2016, https://www.politico.eu/article/italys-other-matteo-salvini-northern-league-politicians-media-effettosalvini/. x In 2012, then-League politician Donatella Galli posted on Facebook her desire for three of Italy's volcanoes to destroy southern Italy. She later stated that southerners “should be placed in ovens.”* Angela Giuffrida, “Deleting southern Italy from map ‘is race hate,’” The Local, July 31, 2014, https://www.thelocal.it/20140731/woman-faces-trial-for-racism-against-southern-italians. x

Salvini joined the League's youth wing as a teenager.* Elizabeth Schumacher, “Matteo Salvini: Italy's far-right success story,” Deutsche Welle, March 5, 2018, http://www.dw.com/en/matteo-salvini-italys-far-right-success-story/a-42830366. x He took over the party's leadership from Bossi in 2013.* Isla Binnie and Steve Scherer, “Matteo Salvini, the everyman leader of Italy's populist revolt,” Reuters, March 7, 2018, https://uk.reuters.com/article/uk-italy-politics-salvini/matteo-salvini-the-everyman-leader-of-italys-populist-revolt-idUKKCN1GJ2MB. x In 2014, Salvini expanded the party's reach beyond Italy's northern region and targeted Italy as a whole. The international news organization The Local dubbed him “the rising star of the Italian right.”* Agence France-Presse, “Italy's Northern League launches southern push,” The Local, December 20, 2014, https://www.thelocal.it/20141220/italys-northern-league-launches-southern-conquest. x In May 2015 regional elections, the League received 20 percent of the vote in Tuscany. Salvini called the results “proof that the days are over when we were labeled as a crazy far-right party.”* Giula Paravicini, “Italy's far-right jolts back from dead,” Politico, February 3, 2016, https://www.politico.eu/article/italys-other-matteo-salvini-northern-league-politicians-media-effettosalvini/. x

Salvini attempted to collapse the Italian government in August 2019 by pulling his party from the ruling coalition. He had hoped to become prime minister himself in new elections. Instead, Prime Minister Giuseppe Conte pulled together a new coalition without the League. Salvini continues to serve in Italy’s parliament.* Gavin Jones and Giselda Vagnoni, “How Italy’s ‘Captain’ Salvini steered his ship onto the rocks,” Reuters, September 3, 2019, https://www.reuters.com/article/us-italy-politics-salvini-insight/how-italys-captain-salvini-steered-his-ship-onto-the-rocks-idUSKCN1VP0HC. x Salvini and the League both saw their national poll numbers fall during the COVID-19 pandemic. In early June 2020, Salvini’s approval rating hovered around 30 percent while only 26 percent of Italians said they would vote for the League, decreasing from its 34 percent polling in Europe’s 2019 elections. Nonetheless, the League remained the single most popular party in Italy at the time.*EURACTIV.com and Agence France-Presse, “Virus puts brakes on Salvini’s far-right message in Italy,” EURACTIV.com, June 9, 2020, https://www.euractiv.com/section/elections/news/virus-puts-brakes-on-salvinis-far-right-message-in-italy/.x 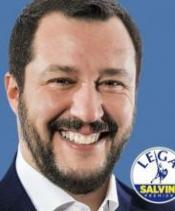 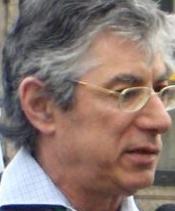 League founder Umberto Bossi castigated southern Italians and called for a separate northern Italian nation. When Salvini took control of the League in 2013, the party polled at 4 percent nationwide, below Italy's electoral threshold. Salvini ended the League's propaganda against southerners, instead promoting the idea of a united Italy that has been taken advantage of by the European Union. By 2016, the League was polling at between 16 percent and 17 percent.* Giula Paravicini, “Italy's far-right jolts back from dead,” Politico, February 3, 2016, https://www.politico.eu/article/italys-other-matteo-salvini-northern-league-politicians-media-effettosalvini/. x

The League is not directly tied to any violent activities.