Since 2016, Jobbik has attempted to soften its antisemitic and racist image. Then-former chairman Gabor Vona sought to shift the party to the mainstream rightwing and shed Jobbik’s far-right image.*Marton Dunai, “Hungarian far-right leader rejects anti-Semitism charge,” Reuters, April 13, 2015, https://www.reuters.com/article/us-hungary-farright/hungarian-far-right-leader-rejects-anti-semitism-charge-idUSKBN0N41NY20150413.x In December 2016, Jobbik released Chanukah greetings to Hungary’s Jewish population, which he called an effort to reconcile Hungary’s Jews and Christians. Nonetheless, representatives of Hungary’s Jewish community rejected the outreach and called on Jobbik to instead make gestures like these at the political forums where Jobbik has spread its antisemitic rhetoric. A Jobbik chapter in the Budapest suburb of Vecses also rejected the outreach in a Facebook post claiming the organization would not support anybody who made such moves.*Marton Dunai, “Hungary’s Jobbik gets double rebuff for Hannukah greetings to Jews,” Reuters, December 30, 2016, https://www.reuters.com/article/uk-hungary-jobbik-hannukah-idUSKBN14J1A9.x The outreach was part of a strategy under Vona to move Jobbik closer to the mainstream and present a viable challenge in the 2018 elections. Vona called Jobbik’s ideological rebranding a shift to “modern conservatism” that would reach out “both to former leftist and former rightist voters.”*Marton Dunai, “Hungary’s Jobbik ditches far-right past to challenge Orban in 2018,” Reuters, January 11, 2017, https://www.reuters.com/article/us-hungary-jobbik-idUSKBN14V1PW.x Vona compared Jobbik’s former antisemitic and racist language to a rebellious teenage who matures and realizes the world is not as black and white as once thought.*Marton Dunai, “Hungary’s Jobbik ditches far-right past to challenge Orban in 2018,” Reuters, January 11, 2017, https://www.reuters.com/article/us-hungary-jobbik-idUSKBN14V1PW.x

Jobbik received 20 percent of the vote in Hungary’s 2018 parliamentary elections. Despite Vona’s overtures, some party members continued to rally around the party’s traditional racist ideology. After the elections, former Jobbik vice-president László Toroczkai accused Jobbik of betraying the national cause. He and some other members broke away to form a new far-right party called Mi Hazánk Mozgalom (“Our Homeland Movement”). In 2019, Our Homeland formed a uniformed “self-defense” group called National Legion, which leaders said was modeled on the Hungarian Guard.*“Hungary far-right party forms uniformed ‘self-defense’ group,” Associated Press, May 14, 2019, https://apnews.com/article/10a18cdf7ae1453b90fe5692914112cd. x 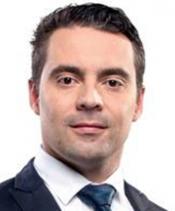 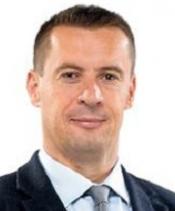 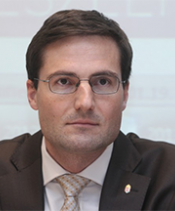 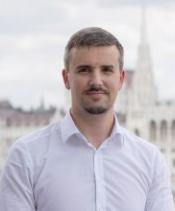 Jobbik claims to represent the Hungarian people and seeks to restore a sense of nationalism that the party believes had been destroyed under Hungary's former communist regime.*“Manifesto on The Guidelines For a Future Jobbik-Led Government,” Jobbik, accessed June 25, 2018, https://www.jobbik.com/manifesto_on_the_guidelines_for_a_future_jobbik_led_government.x

A Hungarian court ruled in January 2014 that Jobbik may be referred to as “neo-Nazi” in Hungary because of its rhetoric.*“Gerichtsurteil in Ungarn: Jobbik darf als Neonazipartei bezeichnet werden,” Spiegel Online, January 28, 2014, http://www.spiegel.de/politik/ausland/urteil-in-ungarn-jobbik-darf-als-neonazi-partei-bezeichnet-werden-a-945998.html.x In 2008, Jobbik Chairman Gabor Vona claimed in an interview with a German neo-Nazi journal that “organized Jewry” would try to interfere in the internal affairs of Hungary. He cited “statements of the Jews in Hungary and of international Jewry that the [Hungarian] guard stands in their way and that they want to buy whole Hungary.” Jobbik's blatant use of the Nazi “Arrow Cross” suggests Jobbik's pride in Hungary's Nazi past.*“Ungarn schützen, das ist unser Ziel: Bededikt Frings für die DS im Gespräch mit Gábor Vona, dem Chef der Ungarischen Garde,” in Deutsche Stimme (May 2008): 9.x