A group of economists established AfD in 2013 out of concern that the European Union's economic policies were weakening Germany's economy. In 2014, AfD won 10 percent of the vote in local elections in the German state of Saxony. Co-founder Bernd Lucke quit in July 2015, declaring that the party had become xenophobic. Later that month, Frauke Petry took over as the party's leader and shifted its focus from economics to immigration.* “Profile: German right-wing AfD leader Frauke Petry,” BBC News, March 10, 2016, https://www.bbc.com/news/world-europe-35775513. x In 2016, Petry stated her belief that German police should, “if necessary,” shoot at illegal immigrants trying to enter Germany, and AfD deputy leader Alexander Gauland stated that most Germans “wouldn't want to live next door” to German soccer player Jérôme Boateng because his father is Ghanaian.* “German police ‘should shoot at migrants’, populist politician says,” BBC News, January 30, 2016, https://www.bbc.com/news/world-europe-35452306; Philip Oltermann, “German rightwing party apologises for Jérôme Boateng comments,” Guardian (London), May 29, 2016, https://www.theguardian.com/world/2016/may/29/german-far-right-party-row-jerome-boateng-neighbour-comments. x That June, German Deputy Chancellor Sigmar Gabriel labeled the AfD as xenophobic and compared its positions to those of the Nazi party. At the time, the AfD was represented in eight out of 16 of Germany's state assemblies.* “Germany's vice chancellor ties AfD views to Nazi sentiments,” Deutsche Welle, June 12, 2016, https://www.dw.com/en/germanys-vice-chancellor-ties-afd-views-to-nazi-sentiments/a-19324174. x

Although Petry shifted AfD's focus from economics to immigration, the party has maintained its belief that the European Union has been economically detrimental to Germany. According to AfD's 2016 Manifesto for Germany, the core treaties of the European Union have undermined Germany's sovereignty. AfD accuses a “small and powerful elite within the political parties” of controlling Germany's government and ceding power to the European Union.* “Manifesto for Germany,” Alternative für Deutschland, accessed June 27, 2018, 7, https://www.afd.de/wp-content/uploads/sites/111/2017/04/2017-04-12_afd-grundsatzprogramm-englisch_web.pdf. x Much like its anti-immigration stance, AfD's aversion to the European Union suggests an overarching fear of the deterioration of the German identity. 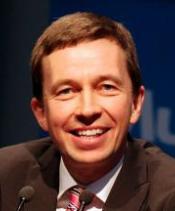 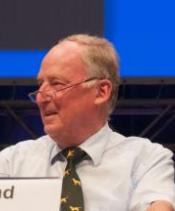 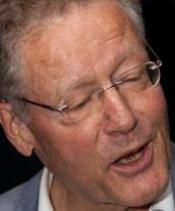 Following Germany’s September 2021 parliamentary elections, AfD recorded gains in eastern Germany but overall won just over 10 percent of the nationwide vote, signifying a loss of 2 percent and 11 seats from the 2017 election.*Ben Knight and Rina Goldenberg, “Germany’s far-right populist AfD: No gains, small losses,” Deutsche Welle, September 27, 2021, https://www.dw.com/en/germanys-far-right-populist-afd-no-gains-small-losses/a-59330183; Rafaela Dancygier, “Germany’s far-right party lost seats in last week’s election. Here’s why.,” Washington Post, October 5, 2021, https://www.washingtonpost.com/politics/2021/10/05/germanys-far-right-party-lost-seats-last-weeks-election-heres-why/.x AfD's propaganda focuses on the restoration of German culture and sovereignty, both of which the party believes have been weakened by an influx of immigrants and the open-border and economic policies of the European Union. Its plans to restore German sovereignty and restrict Islam in Germany are outlined in its 2016 Manifesto for Germany.* “Manifesto for Germany,” Alternative für Deutschland, accessed June 27, 2018, https://www.afd.de/wp-content/uploads/sites/111/2017/04/2017-04-12_afd-grundsatzprogramm-englisch_web.pdf. x

AfD is not linked to specific acts of violence.