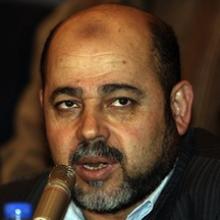 “We want all the rifles to be pointed at Israel.”Elhanan Miller, “Iran Slashed Hamas Funding, Senior Official Admits,” Times of Israel, October 16, 2013, http://www.timesofisrael.com/iran-slashed-hamas-funding-senior-official-admits/.

“Egypt should return to the line of struggle against the US and Zionism and take control of the situation, but if it remains in the present situation it will receive further blows and its people will sustain serious harms.”“Basij Commander Urges Egypt’s Return to Path of Resistance against US, Israel,” Fars News Agency, September 10, 2013, http://english.farsnews.com/newstext.aspx?nn=13920619001349. 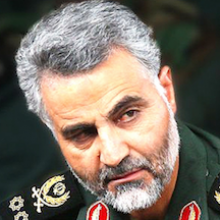 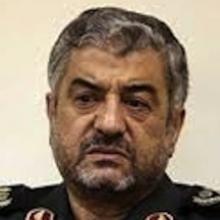 “The American people should awaken and realize that their assets and their country’s name is being sacrificed for the sake of the security of the criminal Zionist regime.”“Basij Commander: Grave Consequences Waiting for US If It Attacks Syria,” Fars News Agency, August 31, 2013, http://english.farsnews.com/newstext.aspx?nn=13920609001354.

“The Zionist are trying to stage a sectarian war among Muslims with the help and support of the US and Britain in a bid to delay their destruction.”“Iranian Commander Asks Muslims to Keep Vigilant against Zionists’ Divisive Plots,” Fars News Agency, August 3, 2013, http://english.farsnews.com/newstext.aspx?nn=13920512000527.

“Had [former Egyptian president Mohammed] Mursi not been deceived by the US and had he started campaign against Israel, he would have attained a higher and better status than Jamal Abdel Nasser among Egyptians and today people would have defeated those who planned the coup against him and not only in Egypt, but in all Muslim countries large crowds would have come out to defend him.”“Basij Commander: Mursi’s Fall Result of Trusting US,” Fars News Agency, July 6, 2013, http://english.farsnews.com/newstext.aspx?nn=13920415001056. 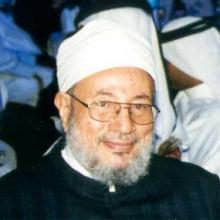 “Our whole ambition is to die on the path to Allah, and for long life to Palestine… I am sure we will conquer. Nobody thought that the people would triumph and oust the tyrants who ruled Egypt and Tunisia. And Syria will also emerge victorious, as well as Islam… Our wish should be that we carry out Jihad to death… We should seek to liberate Palestine, all of Palestine, inch by inch.”“Influential Muslim cleric Qaradawi visits Gaza,” Al Arabiya, May 9, 2013, http://english.alarabiya.net/en/News/middle-east/2013/05/09/Influential-Muslim-cleric-Qaradawi-visits-Gaza.html; Nidal al-Mughrabi, “Influential Muslim cleric visits Hamas-controlled Gaza,” Reuters, May 9, 2013, http://www.reuters.com/article/2013/05/08/us-palestinians-gaza-cleric-idUSBRE94714Y20130508. 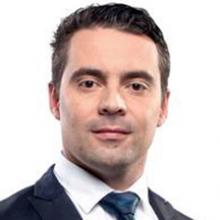 Gábor Vona, Jobbik party chairman, during Jobbik protests against a meeting of the World Jewish Congress in Budapest, May 2013

“The Israeli conquerors, these investors, should look for another country in the world for themselves because Hungary is not for sale.”“Anti-Jewish Rally in Hungary Capital,” BBC News, May 4, 2013, http://www.bbc.com/news/world-europe-22413301.