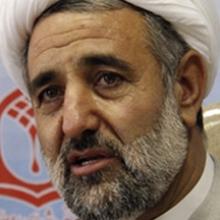 “In the event of an irrational attack by the U.S., America’s military bases will not be safe from our missiles, whether in Bahrain or at Diego Garcia in the Indian Ocean.”Lisa Daftari, “US Military Base within Iranian Striking Distance, Official Warns,” Fox News, June 10, 2014, http://www.foxnews.com/world/2014/06/10/us-military-base-within-iranian-striking-distance-official-warns/. 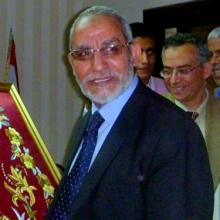 “We have fought only against the Jews, and Kamel Al-Sharif may testify about the conduct of the Muslim Brotherhood in the [1948] war in Palestine. We fought against the Jews.“Muslim Brotherhood Leader Muhammad Badi's Day In Court: We Fought Only Against The Jews, Not Against The Egyptian People,” MEMRI, May 21, 2014, http://www.memri.org/report/en/0/0/0/0/0/0/7996.htm.

“Hamas will not recognize Israel. This is a red line that cannot be crossed.” Adnan Abu Amer, “Hamas’ Abu Marzouk says recognizing Israel a ‘red line,’” Al-Monitor, May 5, 2014, http://www.al-monitor.com/pulse/originals/2014/05/interview-abu-marzouk-hamas-israel-fatah-reconciliation.html. 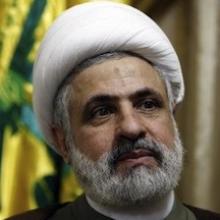 “Israel is the main enemy. But the tactical priority depends on the direct threat, so our confrontation with takfiri groups derives from the direct danger they represent, and it does not affect our readiness to confront Israel. … Israel is the enemy of humanity and truth. It cannot coexist with anyone. … We don’t have a military wing and a political one; we don’t have Hezbollah on one hand and the resistance party on the other…Every element of Hezbollah, from commanders to members as well as our various capabilities, are in the service of the resistance, and we have nothing but the resistance as a priority.”“Hezbollah strong enough to confront both fundamentalists and Israel: Qassem,” Daily Star, May 22, 2014, http://www.dailystar.com.lb/News/Lebanon-News/2014/May-22/257470-hezbollah-strong-enough-to-confront-both-fundamentalists-and-israel-qassem.ashx. 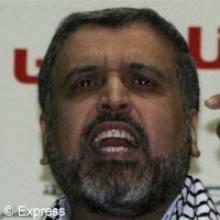 “In the past two decades, Iran has had an outstanding stance on Palestine, Israel and the resistance.” Ibrahim Humeidi, “Islamic Jihad Leader Discusses Iran, Reconcilitation,” Al-Monitor, May 22, 2014, http://www.al-monitor.com/pulseen/politics/2014/05/palestine-syria-iran-islamic-jihad-interview-reconciliation.html.

“This is what Israel and its allies want, for all of its enemies from all parties in Syria and the region to fight [each other]. What could be better [for them]?” Ibrahim Humeidi, “Islamic Jihad Leader Discusses Iran, Reconcilitation,” Al-Monitor, May 22, 2014, http://www.al-monitor.com/pulseen/politics/2014/05/palestine-syria-iran-islamic-jihad-interview-reconciliation.html.

“Hamas will not recognize Israel. This is a red line that cannot be crossed.”Adnan Abu Amer, “Hamas’ Abu Marzouk Says Recognizing Israel a ‘Red Line,’” Al-Monitor, May 5, 2014, http://www.al-monitor.com/pulseen/originals/2014/05/interview-abu-marzouk-hamas-israel-fatah-reconciliation.html. 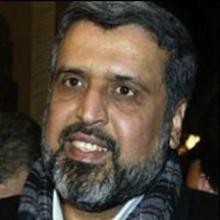 “In the past two decades, Iran has had an outstanding stance on Palestine, Israel and the resistance. Some question Iran’s intentions and motives regarding its support to the resistance. Our job is not to examine intentions; we are concerned with actions… We appreciate Iran's outstanding position on the Palestinian cause, but there are other sensitive files and issues in the region that have made others say that Iran constitutes a threat to them. They even see Iran as a new enemy in the region, instead of Israel. In our opinion, this is a dangerous slippery slope. We believe that the goal, or one of the main goals, of the hostile forces in the ummah [Islamic nation] — in light of the brutal wars taking place between components of the ummah and between our societies—is for the sectarian conflict, or the Sunni-Shiite conflict, to replace the Israeli-Arab conflict.”Ibrahim Humeidi, “Islamic Jihad Leader Discusses Iran, Reconciliation, Syria,” Al-Monitor, May 22, 2014, http://www.al-monitor.com/pulse/ar/politics/2014/05/palestine-syria-iran-islamic-jihad-interview-reconciliation.html.