Neglects To Mention Company’s Extensive ISIS Problems In The Present

This week, Facebook released its third-quarter earnings report, and while it was not akin to last time’s “biggest ever decline in the history of the American stock market,” it nevertheless marked a slowdown in company growth. Speaking during the quarterly earnings call, CNBC reported that CEO Mark Zuckerberg outlined three key areas critical to the future of Facebook: stories, messaging and video. The Counter Extremism Project (CEP) would like to take this opportunity to explain how ISIS has been ahead of the curve, and Mr. Zuckerberg, for quite some time.

Before Mr. Zuckerberg spends so much time worrying about the future of Facebook, he should instead consider the vast proliferation of terrorist content on his website right now. To read more about this issue and see the aforementioned examples, as well as other examples of extremist content, please see the background below.

1. Video Of Fighters Desecrating A Corpse 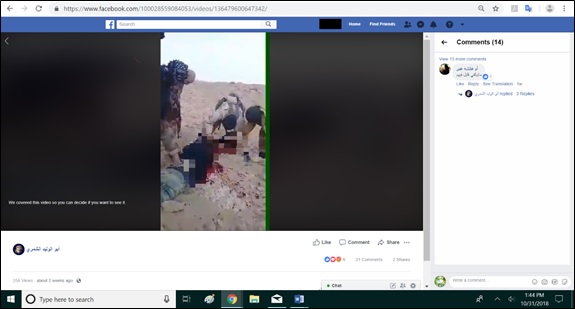 2. Early ISIS Video On Facebook For Over Two Weeks With Over 150 Views 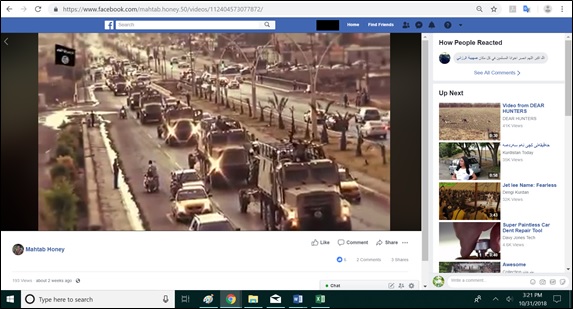 3. ​ISIS Clip Glorifying The Caliphate On Facebook For Five Days With Over 100 Views 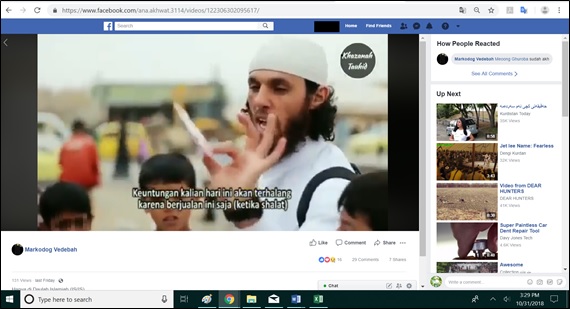 ​4. IS​IS Video On Facebook For One Month With Over 600 Views 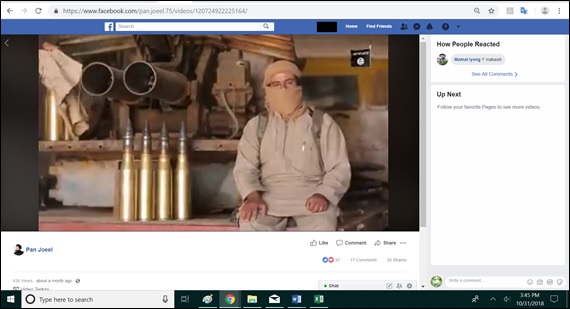 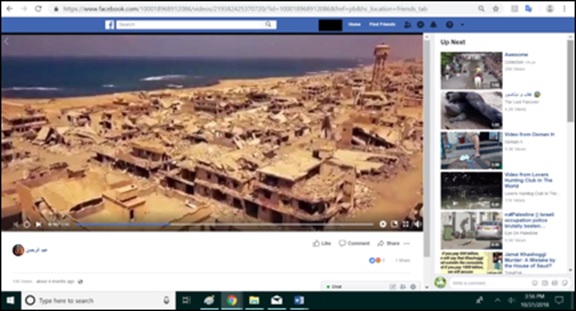 The Verge: Facebook’s Second Quarter Earnings “Suffered The Biggest Ever Decline In The History Of The American Stock Market.” (Nick Statt, “Facebook’s Growth Continues To Slow Down,” The Verge, 10/30/18)

On A Conference Call, Facebook CEO Mark Zuckerberg Stated That Stories, Messaging And Video Would Be A Focus For The Company’s Future. “Mark Zuckerberg on Tuesday laid out his vision for the future of Facebook by highlighting three priorities: video, messaging and Stories.  The Facebook CEO used his quarterly earnings call to highlight that these three areas are critical to the future of the social media company and to explain the unique challenges each one faces.” (Salvador Rodriguez, “Mark Zuckerberg Lays Out How Everything Is Changing For Facebook,” CNBC, 10/31/18)