(New York, N.Y.) — Last week, the Counter Extremism Project (CEP) and the Center for Research on Extremism (C-REX) hosted a virtual conference commemorating the 10th anniversary of the Oslo/Utøya attacks in Norway and the 20th anniversary of 9/11. The conference, which featured some of the most eminent global experts and counterterrorism practitioners on the issue, covered the long-term implications and effects of both attacks.

CEP President and former U.S. Homeland Security Advisor Frances F. Townsend observed that in the wake of the 9/11 attacks, the United States built up its “military and intelligence capabilities. Defense spending grew. Counterinsurgency initiatives were launched. And new military bases were constructed in central and southwest Asia. Yet, in tandem, policies stressed free markets, trade liberalization and economic development. Economic assistance to foreign countries nearly tripled between 2000 and 2008,” said Townsend.

Mitchell Silber, former director of intelligence at the NYPD and a member of the CEP Advisory Board, subsequently pointed to the U.S. shift in recent years to a neo-isolationist foreign policy under both political parties. Silber cited this is one of the most significant impact of the 9/11 attacks on American society. “You have a majority of voter segments moving away from global activists or traditional internationalists, which now only represent 18 percent of the electorate,” said Silber. 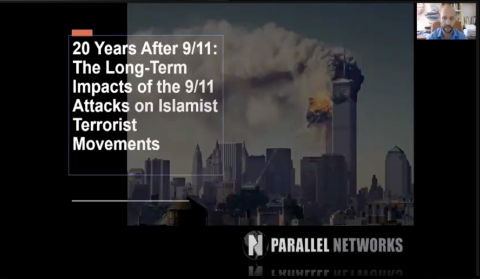 11th Anniversary Of The Norway Attacks, Which Continue To Inspire Far-Right Extremism

The unofficial chief ideologue of the Muslim Brotherhood was known for his extremist rhetoric and militant fatwas,… https://t.co/kCDmJAWw1R

Yusuf al-Qaradawi, an Islamist theologian & the spiritual leader of the Muslim Brotherhood, died today at the age o… https://t.co/rRO1cuSQ6w