Extremist Content Online: ISIS Videos Continue to be Uploaded to the Internet In 2019

“To no one’s surprise, ISIS’s online supporters continue to disseminate propaganda encouraging acts of terrorism, including videos containing executions and instructions on the construction of explosives,” said CEP researcher Joshua Fisher-Birch. “Streaming providers have encountered this type of content before, so it is really and truly baffling that they still do not have the processes in place to expeditiously flag and remove such content when it is uploaded to their sites. ISIS may be quickly losing ground in Syria, but its online presence endures. The tech industry must use this opportunity to put the processes in place to root out their presence once and for all.” 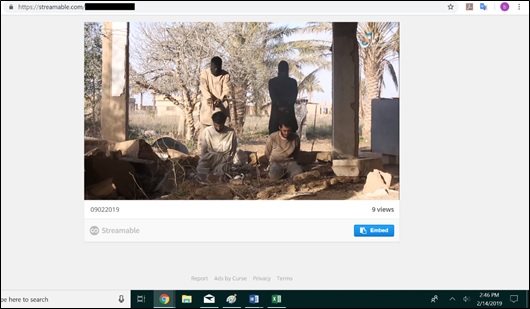 A notorious ISIS video that shows step-by-step instructions for the construction of a TATP explosive device, as well as knife tactics on a human target, was located on the website Anonfile, an anonymous file upload site. It is unknown when the video was uploaded or how many views it had.  TATP has been used in numerous terrorist attacks in Europe, including the Manchester Arena attack, the London 7/7 attacks and the November 2015 Paris attacks. ISIS explosives videos were linked by The Times to the Manchester bomber Salman Abedi, who allegedly watched them to assist in constructing his bomb. Munir Hassan Mohammed, arrested in December 2016 for plotting a terrorist attack in the U.K. with Rowaida El-Hassan, had watched a copy of the video CEP located on Anonfile and was arrested while gathering the chemicals necessary to make TATP. Anonfile removed the video after being contacted by CEP. 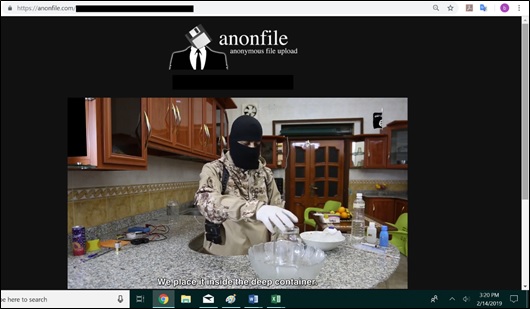 The ISIS bomb making video “You Must Fight Them O Muwahhid,” on Anonfile. Located on February 14, 2019.

Several ISIS videos were located on the Japanese video streaming website Nicovideo.jp. The videos, uploaded by multiple users over several years, include ISIS nasheed videos, news clips and violent full-length propaganda videos. One user uploaded seven videos in 2019. Several ISIS videos on the site have hundreds of views each. 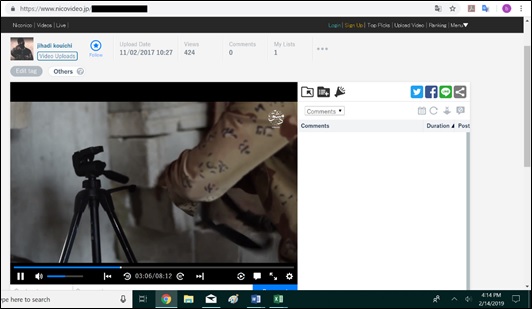 The ISIS propaganda video “The Way of Glory,” on Nico Video. Located on February 14, 2019.

A pro-ISIS site on the Blogger platform was located this week. The platform, owned by Google, allows for the easy creation of blogs. The site contains numerous links to ISIS propaganda videos, magazines, and newspapers. The blog was last updated on January 28, 2019. 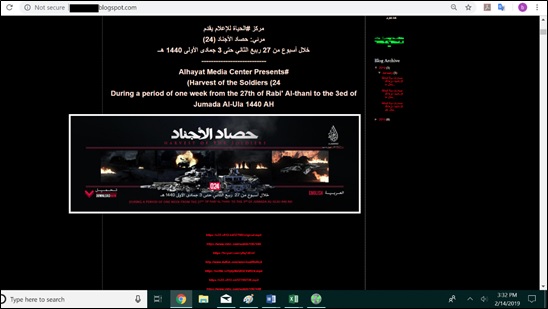 An ISIS site on the Blogger platform, with links to propaganda videos. Located on February 14, 2019.