The Counter Extremism Project (CEP) reports weekly on the methods used by extremists to exploit the Internet and social media platforms to recruit followers and incite violence. This week’s edition includes an overview of ISIS’ online activity glorifying the terrorist group’s Easter Sunday massacre at Sri Lankan hotels and churches on Facebook, YouTube, Telegram, Microsoft One Drive and Dropbox, among others. In addition, it includes neo-Nazi activity around Hitler’s birthday and neo-Nazi sales of anti-Semitic t-shirts on Teespring.

On Tuesday, April 23, ISIS’s Amaq News Agency released a video purporting to show the eight Sri Lankan terrorists pledging their allegiance to ISIS’s leader, Abu Bakr al-Baghdadi. The attacks on Easter Sunday targeting churches and hotels in Sri Lanka killed over 250 people and wounded over 500. In addition to Telegram, the video was uploaded to at least 17 websites: Facebook, YouTube, Sendvid, the Microsoft One Drive, Top4top, the Internet Archive, Mail.ru, Dailymotion, file.fm, Gulfupload, mega.nz, nofile.io, ok.ru, Streamable, Dropbox, tune.pk and Mediafire: 48 hours after the video was uploaded, it was still available on at least seven sites: Facebook, Dropbox, Gulfupload, Mega.nz, nofile.io, ok.ru and Tune.pk.

“Tech’s supposed ban on terrorist content should have meant that video of the Sri Lanka attackers was never uploaded in the first place or, at the very least, taken offline within moments of being uploaded. That neither of these things happened shows again that the ‘ban’ on terrorist content is more bark than it is bite,” said CEP Executive Director David Ibsen. “With each successive terrorist attack, the public has received promise after promise that the industry would do a better job of removing online extremist content. The fact that content related to the Sri Lanka attack is still available on major platforms, such as Facebook, even 48 hours after it has been uploaded, provides yet another proof point that tech companies’ promises are all rhetoric and no action.” 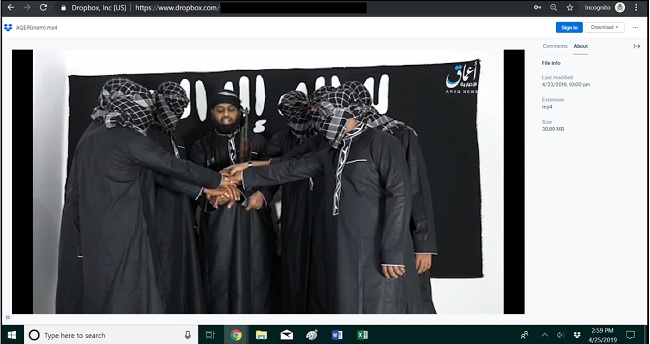 ISIS Amaq News Agency video featuring the Sri Lanka attackers on Dropbox, over 48 hours after it was uploaded. April 25, 2019.

A video of Zahran Hashim, the alleged leader of the pro-ISIS group that carried out the Easter Sunday terror attacks in Sri Lanka, was on YouTube following the attack, and spread via a pro-ISIS Telegram channel. The video was located by CEP researchers on April 23 and removed by YouTube later that day for “violating YouTube’s Community Guidelines.” The video had over 700 views before it was taken down. 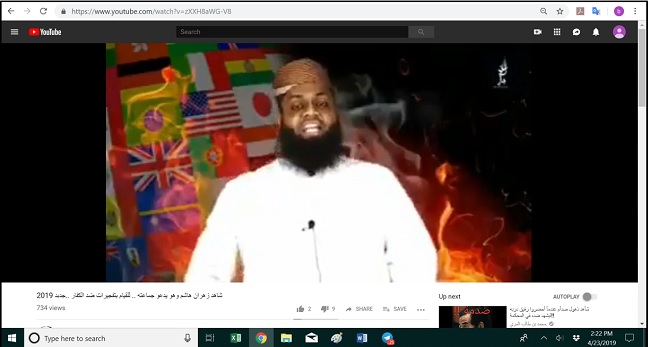 ISIS’s Amaq News Agency posted a video to several websites on April 25 that shows an alleged soldier serving in the Multinational Joint Task Force being executed by beheading in Borno, Nigeria. In addition to Telegram, the video was uploaded to at least nine websites: Google Drive, Google Photos, the Microsoft One Drive, Amazon Drive, the Internet Archive, mega.nz, mail.ru, Dropbox and Yadi.sk.  Approximately five hours later, the video was still available on Google Photos and Yadi.sk. 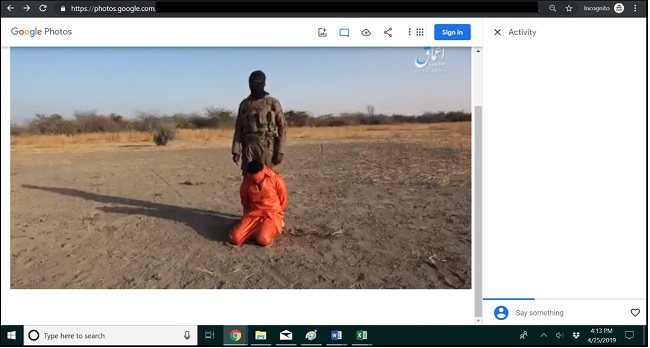 T-shirts endorsing white supremacist ideology, groups, and violence were located on the site Teespring. Teespring features user generated designs that can be printed on a variety of clothing including t-shirts, sweatshirts, baby onesies, among other things. Content located endorsed the white supremacist group Identity Evropa, the Greek fascist political party Golden Dawn and the neo-Nazi World Church of the Creator. Additional shirts praised the neo-Nazi book Siege, the white supremacist murderer Dylann Roof, and neo-Nazi slogans such as the 14 Words. Merchandise on Teespring is printed to order.

The shirts available on Teespring violate the site’s Terms of Service. Teespring forbids content that “promote(s) or glorify hatred toward people based on their age, race, ethnicity, national origin, gender, gender identity, sexual orientation, disability and religion, including people, organizations or symbols dedicated to hatred against these groups.” Teespring additionally forbids “content that promotes or glorifies harm or violence to individuals or others, including campaigns in support of self-harm, incitement to violent acts, and praise or reverence of terrorist groups or figures.” 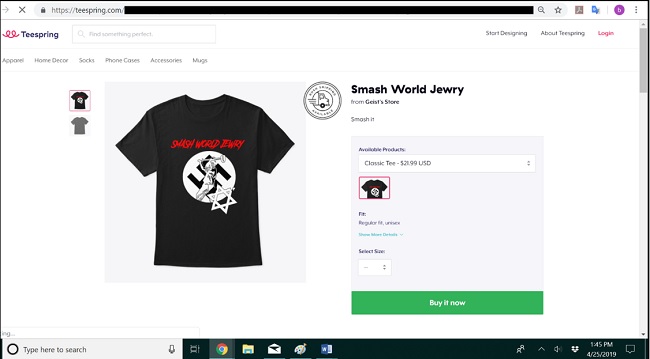 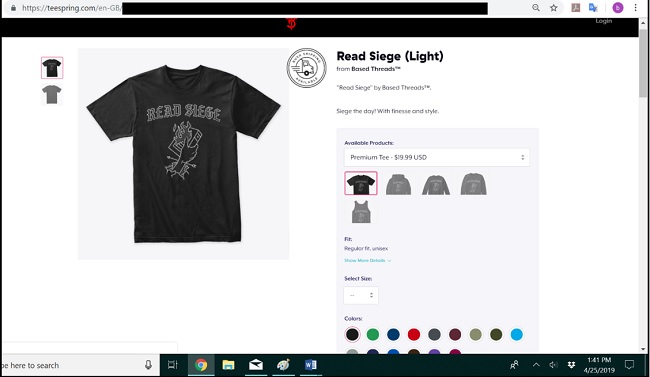 A European neo-Nazi group that follows the book Siege and has previously advocated for violence posted a video on YouTube on April 23 that shows individuals putting up posters and graffitiing the group’s email address in an unknown European location. The event was intended to commemorate Hitler’s birthday on April 20th. As of April 25, the clip had over 130 views and several comments praising the video. 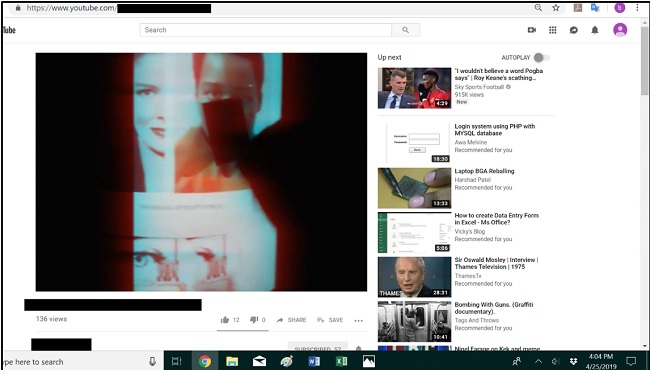 Video from a European neo-Nazi group on YouTube. Located April 25, 2019.

On December 2, 2017, suspected Boko Haram suicide bombers killed 13 people and injured 53 others in a market in Borno State. The bombers struck as aid workers were distributing food to citizens.

The Syrian Democratic Forces (SDF), a Kurdish-led U.S. ally in the fight against #ISIS, said today it had “paused a… https://t.co/Tgah4eKbZO

An alleged neo-Nazi music producer and his two adult children are accused of stirring up racial hatred through musi… https://t.co/GAb2WUyp6o

The Taliban government defended its banning of FM radio broadcast from two U.S.-funded news media in Afghanistan, a… https://t.co/nudKT3y7VR

ICYMI: DHS this week raised concerns about potential threats to the LGBTQ, Jewish, and migrant communities from vio… https://t.co/YRfu0GNEjl

RT @GregoryPWaters: Also a return of technicals. ISIS truck fleet was heavily damaged in the regime's 2021 operations to the point they rep…