This past week, among a sample of nine pro-ISIS Facebook accounts and a Facebook blog, CEP again located a variety of pro-ISIS content ranging from clipped and full-length ISIS propaganda videos to Amaq news videos, photos, and text to an image from the pro-ISIS-K media group al-Azaim Foundation. Among the ISIS content is a clip from the 2017 propaganda video “The Caravan of Light,” depicting the driver of a vehicle carrying an improvised explosive device followed by aerial footage of its explosion. This video alone garnered over 3,000 views and nearly 200 likes and reactions.

On August 28, one of the accounts posted a clip from an ISIS propaganda video, “The Caravan of Light,” originally released on January 3, 2017. The clip shows footage of the driver of a vehicle-borne improvised explosive device and shows the explosion from overhead, shot by an ISIS drone. The text on the Facebook post accompanying the clip supported the acts depicted in the video. The video had 181 likes/reactions and over 3,300 views approximately three days after it was uploaded to Facebook. ISIS logos on the top right of the screen were replaced with a Netflix logo.

It is unclear why Facebook’s video hash function or artificial intelligence did not detect the video. 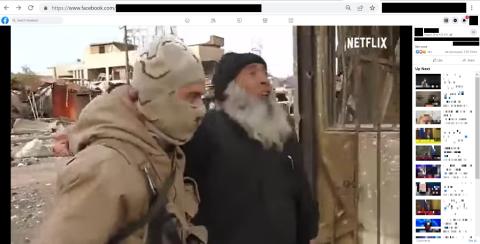 Clip from the ISIS video “The Caravan of Light” on Facebook. The video was originally released on January 3, 2017. The version located on Facebook on August 31 was uploaded to the website on August 28 and had over 3,300 views within three days. ISIS logos on the top right of the screen were replaced with the Netflix logo. 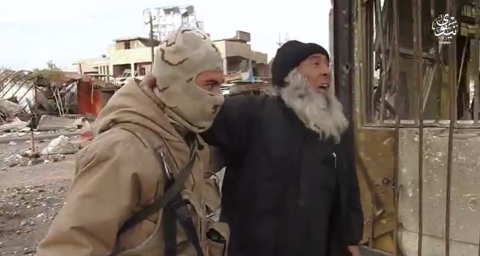 The same scene from the ISIS video “The Caravan of Light,” released on January 3, 2017, with the ISIS province logo in the upper right corner.