Within the last week, CEP found a variety of ISIS and pro-ISIS content in a sample of 10 Facebook accounts, the majority of which had between 200-1,100 friends. CEP reported the 10 accounts on July 20, but all were still online the next day, and there was no evidence that content was removed.

The extremist and terrorist content found by CEP researchers on Facebook are clear violations of the platform’s terms of service, yet it often fails to be removed. CEP encourages Facebook to take concrete action regarding the misuse of its site, including by providing Meta’s Oversight Board with access to any and all information related to its inquiry; bringing on external experts with core computer science skills, such as U.C. Berkeley professor and CEP Senior Advisor Dr. Hany Farid, onto the Oversight Board; and integrating Oversight Board members onto its corporate board. Meta is responsible for the extremist content on its platforms, and it must begin to act as such.

One of the Amaq videos, which was posted on July 12 by an account that had over 1,100 friends, showed an alleged ISIS attack on Indian police officers in Srinagar and elsewhere in the Jammu and Kashmir region. Propagandists modified the video to evade removal from Facebook. Seven of the 10 accounts had over 200 friends or followers, with five of those accounts having over 500 friends or followers. Eight accounts had posted content in July 2022, and two had last posted content in June.

CEP reported the 10 accounts on July 20, but all were still online the next day, and there was no evidence that content was removed. 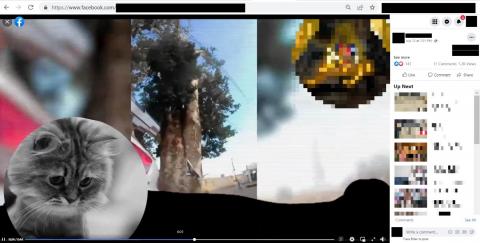 ISIS Amaq video with over 1,200 views uploaded to Facebook on July 12 and still accessible on July 21. The video was modified, including having images added on the bottom left and top right (redacted) to evade removal.

The leader of #ISIS in #Sinai was killed in fighting with Egyptian Armed Forces, the Sinai United Tribes announced… https://t.co/R9cj7K8n1K