Both Neo-Nazi Groups Were Recently Designated by Canada as Terrorists

(New York, N.Y.) - The Counter Extremism Project (CEP) reports weekly on the methods used by extremists to exploit the Internet and social media platforms to recruit followers and incite violence. This week, CEP details the online presence for neo-Nazi groups Blood & Honour and Combat 18, both recently designated by Canada as terrorist organizations. Additionally, the German Branch of the Atomwaffen Division changed their email address to ProtonMail and two new ISIS videos were released.

On June 26, it was reported that the Canadian government added the organizations Blood & Honour and Combat 18 to their list of proscribed terrorist organizations. Blood and Honour is an international neo-Nazi skinhead music network and political group that spreads propaganda; Combat 18 is a leaderless neo-Nazi terrorist organization. Canadian law forbids individuals from joining or contributing to listed groups, as well as assisting activities by these groups that further their capabilities to commit acts of terrorism.

“Canada’s measure in designating Blood & Honour and Combat 18 as terror groups is an important measure in combatting their brand of extremism. Both organizations advocate for violence against minorities, racial or otherwise, and have used that as a means of recruitment,” said CEP researcher Joshua Fisher-Birch. “Although they are currently not prolifically active online, the fact that Canadian law forbids others to assist these groups should send a message to any online platform willing to host their extremist content.”

On June 27, the purported German branch of the Atomwaffen Division announced on their Gab page that they changed their official email address to the encrypted service ProtonMail. The group’s previous email address on Mailfence was removed after an anonymous activist contacted the company. ProtonMail, a Swiss based company, has been used by several groups for communication including the neo-Nazi group National Action and an online French language pro-ISIS group. ProtonMail’s Terms and Conditions prohibit using the service for “unlawful or prohibited activities.” 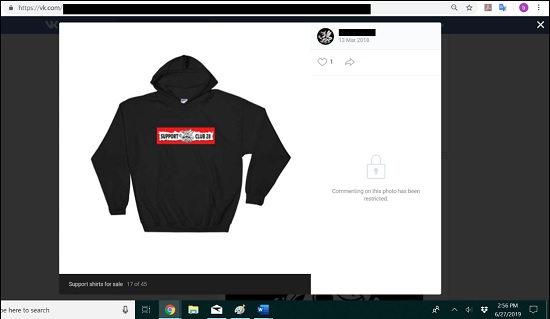 Two new ISIS videos, both part of the “The Best Outcome is for the Pious” series, were released on June 22 and June 26. The first video, from ISIS’s self-proclaimed East Asia province in the Philippines, shows a group of fighters re-pledging their allegiance to ISIS’s leader Abu Bakr al-Baghdadi and urging others to do the same. It also shows combat between ISIS and Philippine security forces in what is identified in the video as the province of Lanao del Sur. 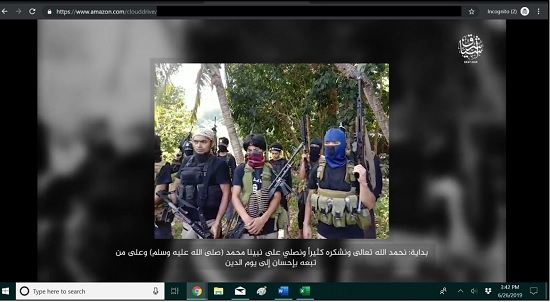 “The Best Outcome is for the Pious,” on Amazon Cloud Drive, June 26, four days after it was uploaded.

The second video, released on June 26 from ISIS’s self-proclaimed province in the Caucuses (Wilayah Qawqaz), shows two fighters re-affirming their allegiance to Abu Bakr al-Baghdadi. The video includes footage from previously released Wilayah Qawqaz videos, including the group calling for attacks, as well as footage from previous attacks in the Caucuses. 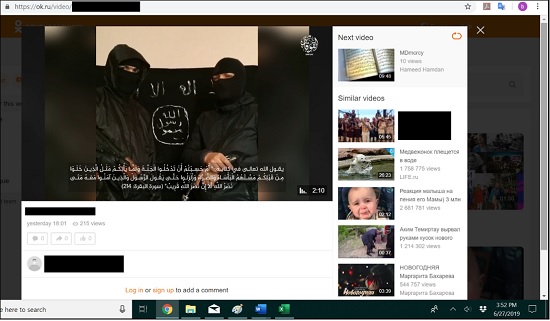 “The Best Outcome is for the Pious,” on ok.ru, June 27, approximately 24 hours after it was uploaded.