The Counter Extremism Project (CEP) reports weekly on the methods used by extremists to exploit the Internet and social media platforms to recruit and incite violence. Today’s edition shows that the white supremacist group Atomwaffen Division has found its way back onto Google-owned YouTube and explains various ways ISIS has been manipulating Facebook, Telegram and other online websites to disseminate online propaganda.

CEP has identified a channel on YouTube belonging to the Atomwaffen Division (AWD), a neo-Nazi group that advocates for a violent “white revolution.” The video platform had removed AWD’s official channel last March due to “multiple or severe violations of YouTube’s policy prohibiting hate speech.” That removal however, was a reversal of a policy decision days earlier, when under the guise of free speech YouTube had refused to take action.

“Based on the reupload of known Atomwaffen Division propaganda, it is unclear if YouTube is utilizing digital hashing technology for videos that it removes, and what, if any, actions YouTube is taking to prevent the reupload of this banned content,” said CEP Researcher Joshua Fisher-Birch. “The now two-month-old channel, which has uploaded 15 videos that total nearly 7,000 views, needs to be taken down now before they can be used to incite further violence.” 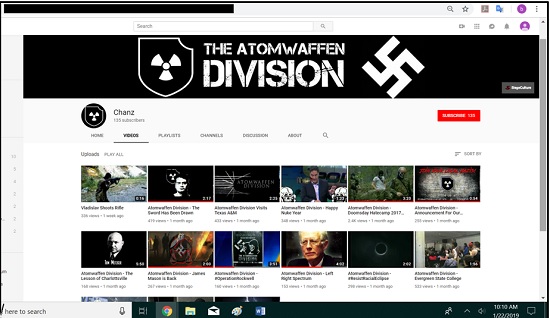 The Atomwaffen Division advocates terrorism against the U.S. government, as well as religious and ethnic minorities. Five current or former Atomwaffen members have been arrested, on charges including the possession of explosives, assault and the murder of five people. AWD gained national prominence after some of its members attacked counter-protesters at the August 2017 Unite the Right rally in Charlottesville, Virginia.

Several propaganda videos from the groups were all uploaded by the same YouTube account in December 2018. The videos include content explaining the group’s ideology and group members participating in vandalism. The 15 videos had 6,932 views as of January 19. The YouTube account also links to a WordPress website purportedly from the Atomwaffen Division that encourages users to join their organization. 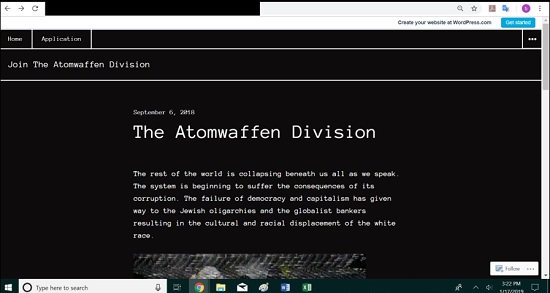 A pro-ISIS Telegram channel called “Distribution of Numbers” is offering blank Facebook pages to spread propaganda and American telephone numbers to register social media accounts. New telephone numbers allow individuals to register new accounts if they are banned from social media or Telegram. Phone numbers from several area codes were listed, including in Colorado and New Jersey.  Research indicates that the telephone numbers are most likely Voice over Internet Protocol (VoIP) numbers, such as Google Voice or similar services. The account also offers Telegram entry codes for existing accounts. Telegram channels such as Distribution of Numbers are a way ISIS’s online supporters thwart attempts at bans. 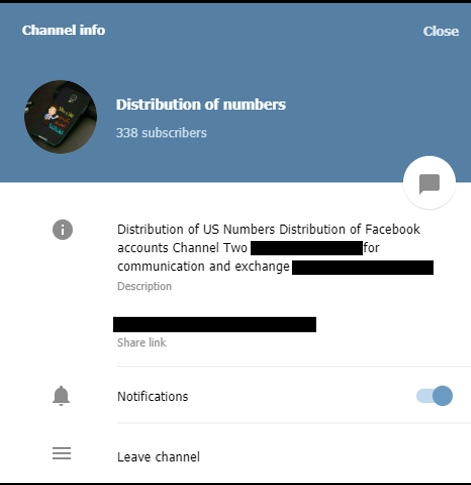 On January 16, ISIS on Telegram claimed responsibility for a suicide bombing of U.S. and Kurdish soldiers earlier that day in Manbij, Syria. The statement identified the bomber by his kunya, Abu Yasin al-Shami. Four Americans were killed in the attack, as well as 10 Syrian civilians and five Kurdish soldiers. 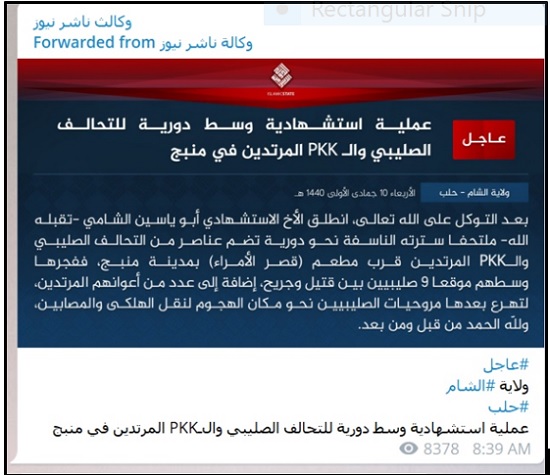 ISIS claim of responsibility for the Manbij suicide bombing on Telegram, January 16, 2019. 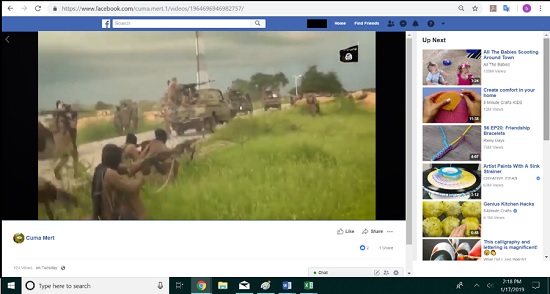 The ISIS video “Migration and Fighting” on Facebook, two days after it was uploaded, January 17, 2019.