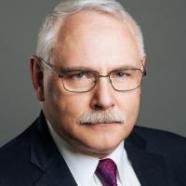 Norman T. Roule works as a business consultant on Middle East political, security, economic, and energy issues with an emphasis on the Gulf Cooperation Council states and Iran. Mr. Roule served for 34-years in the Central Intelligence Agency, managing significant programs relating to the Middle East. His service in the CIA’s Directorate of Operations included roles as Division Chief and Chief of Station. He has held multiple senior assignments in Washington as well as during more than 15 years of overseas work.

He served as the National Intelligence Manager for Iran (NIM-I) at the Office of the Director of National Intelligence from November 2008 until September 2017. As NIM-I, he was the principal Intelligence Community (IC) official responsible for overseeing national intelligence policy & activities related to Iran & Iran-related issues, to include IC engagement on these topics with senior policymakers in the National Security Council, the Department of State and Congress. Mr. Roule received multiple national security awards during his career.

Mr. Roule is a life member of the Council on Foreign Relations, a non-resident Fellow at the Belfer Center for Science & International Affairs at the Harvard Kennedy School, and a 2020 Visiting Fellow at the National Security Institute at George Mason University’s Antonin Scalia Law School.

Mr. Roule is frequently asked to speak on Middle East political, economic, energy, and security issues & and appeared in multiple national and international media sites. He is a frequent contributor to The Cipher Brief & has written for U.S. & international print media.