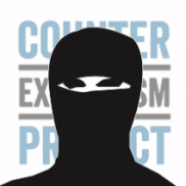 Suspected jihadists launched an attack in northern Burkina Faso, killing at least 10 people, most of them members o… https://t.co/91dM9cdwi9