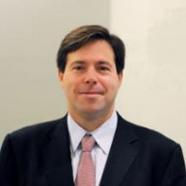 Ambassador Mark D. Wallace serves as the Chief Executive Officer of the Counter Extremist Project (CEP). He is also the COO of The Electrum Group, LLC.

CEP launched in September 2014, as a not-for-profit, non-partisan, international policy organization whose mission is to combat the growing threat from extremist ideologies. CEP is led by a renowned group of former world leaders and diplomats, including Frances Townsend and Senator Joseph I. Lieberman, among others. CEP confronts the extremist threat by exposing and holding accountable their financial, material, and other support; by serving as a best-in-class database of information about extremist groups and their supporters to governments, the private sector, the press, NGOs, and other interested parties; by conducting a sophisticated media campaign to counter extremist ideology, and disrupt their messaging and recruiting; and assisting governments in the formulation of policies to degrade and stop extremist movements.

Ambassador Wallace is a frequent media contributor and has been featured in news outlets around the world including The Wall Street Journal, The New York Times, the Financial Times, CNN, Fox News, the Huffington Post, Voice of America and CNBC.

Ambassador Wallace served previously as United States Ambassador to the United Nations, Representative for U.N. Management and Reform. While at the U.S. Mission to the U.N., he was the lead U.S. negotiator to the world body on matters relating to reform and budget, and he led U.S. oversight into matters relating to U.N. mismanagement, fraud, and abuse. During his tenure as Ambassador Wallace most notably sought to uncover corruption in U.N. programs in such places as North Korea. He exposed the “Cash for Kim” corruption scandal in North Korea, revealing that the United Nations Development Programme (UNDP) had funneled millions of dollars in hard currency to North Korea with little assurance that North Korea’s dictatorship would use the money to help the North Korean people instead of diverting it to illicit activities. In addition, he led the U.S. delegation's “no” vote against using U.N. money to pay for the 2009 “Durban II” conference. He opposed the 2008-2009 U.N. Biennium Budget for its “ad hoc” and “piecemeal” approach that ensured spending increases in the U.N. general budget that far outpaced the general budget increases of member states. While at the U.N., Ambassador Wallace launched the U.N. Transparency and Accountability Initiative (UNTAI) that focused on eight areas of reform related to member states’ access to U.N. financial documents, ethics, financial disclosure, oversight mechanisms, IPSAS accounting standards, and administrative overhead.

Upon his departure from the U.S. State Department, the Wall Street Journal editorial board compared Ambassador Wallace to a list of “distinguished” Americans who tried to make the United Nations live up to its original ideals including Daniel Patrick Moynihan, Jeane Kirkpatrick, and John Bolton.

Prior to his work at the United Nations, Ambassador Wallace served in a variety of government, political and private sector posts. He served in the United States Department of Homeland Security (DHS) as Principal Legal Advisor to the Bureau of Immigration and Customs Enforcement and as the Principal Legal Advisor to the Bureau of Immigration and Citizenship Services. Prior to serving in the DHS, Ambassador Wallace served as the General Counsel of the INS as it transitioned into the DHS as part of the Homeland Security Act of 2002 reorganization. He served as General Counsel of the United States Federal Emergency Management Agency (FEMA) where he oversaw and managed all aspects of the FEMA Office of General Counsel which, among other areas of responsibility, acted as counsel to the FEMA-led New York and World Trade Center recovery effort in the aftermath of the September 11, 2001 terrorist attacks.

While in the private sector, Ambassador Wallace worked as a commercial attorney. He was the General Counsel of the State of Florida’s City of Miami Emergency Financial Oversight Board. He has served on various for profit, and not-for-profit boards of directors, including the Liberty City Charter School Project, Florida’s first Charter School.